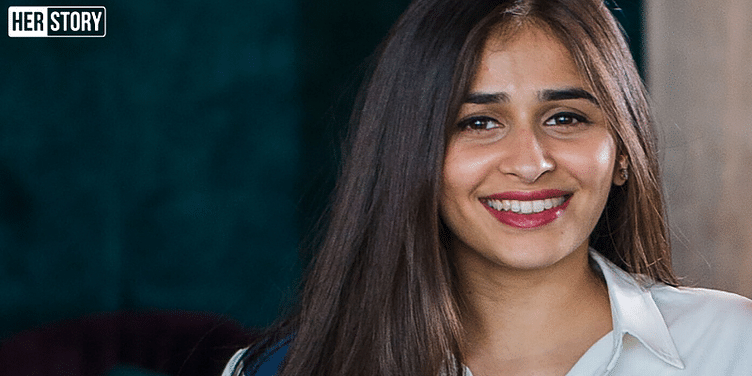 Henna Jain Tatia, 26, and her brother Jaijash Tatia, 27, both studied in the UK. During their time there, they managed their financials through an interest-free overdraft from a UK bank, which allowed them to have small but sufficient credit month-to-month. Studying abroad, this allowed them to have better financial flexibility.

After returning to India, they realised that students in India did not have such financial services. Hence, they started StuCred, a one-stop application for college students’ financial needs.

Their mission is to help college students have access to formal financial inclusion and financial flexibility through a line of credit. Henna says, early access to credit helped her learn about the credit system and build her credit score.

“This nurtures borrowers by developing responsible borrowing patterns. It teaches the students about the real world - the credit world - and how to survive and thrive by using the credit smartly. This is something you cannot learn at school or college - only through experience,” Henna tells HerStory.

In August 2017, Henna came back to India after graduating with an MA Hons in Economics and International Relations from University of St. Andrews, Scotland. She took a year’s break and started helping her brother with his startup, StuCred.

Jaijash, who had returned to India before Henna, was working with the idea to start up in 2016. In 2017, after Henna returned to home, she initially started helping him out in her free-time. Two months later, she took up a full-time role, and became the co-founder of StuCred.

After nearly a year of research and hard work, the brother-sister duo launched the StuCred app in October 2018.

StuCred is a fintech app that allows college students to get instant and real-time loans without any human interaction. After a one-time identity and college authentication, students can borrow money 24X7 on the app. They can borrow anywhere between Rs 500 and Rs 30,000 at zero percent interest rate, and repay within 30 days. Instead of generating revenue through interests, they levy a flat service tax or minimal service tax.

In one and half years of operation, the Chennai-based startup claims to be having over 25,000 users. The bootstrapped startup has tie-ups with over 250 colleges across the country, including IIT Bombay, IIM Ahmedabad, IIM Bengaluru, and many others.

Speaking about how they are different from their competition, Henna says, “We have made sure that we only engage selected colleges, and we have our verification facilities which are very strong. The second thing is that our customer support is very quick and easy because our customers are very young, and they have a lot of basic questions.”

She adds, “StuCred is teaching them all the processes of the credit system, which no one really teaches unless and until you are out there with a job and a salary. So, we make sure that our borrowers understand this system beforehand with small but important sum values.”

Why start up in fintech?

Henna and her brother Jaijash’s return to India coincided with the digital wave in the country. According to Make In India, internet users in India touched 465 million in June 2017. The government was also promoting more cashless transactions. 2016’s demonetisation forced more people to take the digital route, and digital services like online banking, payments, and e-wallets were seeing a surge of activity.

The fintech sector also found a mention in 2017’s annual budget. These were promising signs for anyone who wanted to start up in the fintech space.

Henna says, “There was a lot of untapped potential in the market waiting to be discovered. With technologies like India Stack available to us, it was the perfect environment and perfect time for us to build such a product.”

StuCred was nominated for an award at India FinTech forum's Financial Inclusion category, which Henna credits as a great achievement for their team.

After identifying a gap in the market and an unserviced demographic, they began StuCred. In a short time, Henna is overwhelmed and surprised by the incredible amount of things that she has learnt.

“The learning curve in the startup environment is really steep, and you should be prepared for it,” she says.

Dealing with several challenges is a part of the learning curve. In this sector, she says, a constant challenge for them is to keep up with the changing regulations.

In a message to other aspiring women who want to startup in fintech, Henna says,

“If you find that you are good at something, follow through with it and think out of the box. There are so many options now for flexible hours and work from home roles that more and more women can join the industry. There has never been a better time for women to enter the fintech industry.”

StuCred has some new products in the pipeline, and it is continuing to work on them. Henna believes that once the development phase is complete and these products are launched, they will take StuCred to new heights.