This woman entrepreneur is changing the horticulture landscape of India 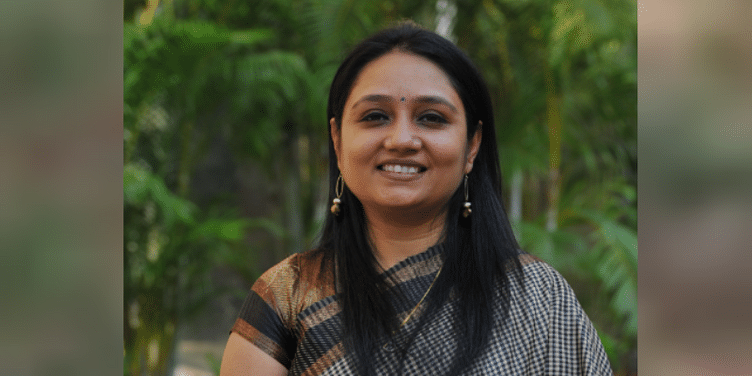 Founded in 2009 by Purnima and Pankaj Khandelwal, consultancy firm-turned horticulture startup INI Farms is now a major domestic and international supplier of pomegranates, bananas, and coconuts.

Once bitten by the proverbial entrepreneurial bug, there was no going back for entrepreneurs Purnima Khandelwal and Pankaj Khandelwal. The husband-wife duo first started a consultancy firm INI Consulting in 2003.

While INI Consulting focussed on agriculture, technology management, and entrepreneurship development, among other things, the co-founders noticed that the horticulture sector was highly fragmented and disorganised.

Purnima explains, “There are the farmers on one end dealing with three to five intermediaries in the supply chain. There was no concept of food safety regarding where the produce is coming from and how they are grown. That is when we realised there was a lot of potential to value-add at each level.”

The duo sensed the opportunity early and subsequently founded an integrated horticulture startup ﻿INI Farms﻿ in 2009. The entrepreneurs have since been part of the sector, which has seen significant growth over the years.

Purnima, CEO and Co-Founder of INI Farms, says that the startup did not pick a basket of fruit products, resorting to a one-fruit-at-a-time approach instead.

Beginning with supplying only pomegranates to domestic and international markets, INI Farms is now a major exporter of pomegranates, banana, and coconuts.

Purnima explains, “The supply chain needed to be well-managed because we understood that what was getting created at the farm is the fundamental quality. The supply chain should be able to maintain that.”

Starting as an export-oriented supplier, the co-founder says she wanted people to be willing to pay for the quality as a reasonable return on their efforts.

Today, INI Farm exports to almost 35 countries with 60 percent of its produce going to the Middle East, and the remaining to Malaysia, Singapore, and other European countries.

Domestically, it counts on major retailers such as Mother Dairy, Big Bazaar, More, and Star Bazaar in Mumbai, Delhi, Hyderabad, and Bengaluru.

At the same time, the startup’s foundation lies first in helping farmers understand where the world has moved in terms of quality, productivity, and farming practices.

Working in the farming sector and exporting perishables for over a decade now, Purnima says the unpredictability of weather remains a constant challenge. Last year, she says, the monsoon was delayed but followed by sudden excessive rain.

“Another difficulty was also changing the whole perception around fruit from India and it has taken significant effort to do so,” she says.

Usually, while most fruits for international export are of the same size and identical, the existing notion was that fruits from India are irregular and different.

At the same time, training workers throughout the supply chain on standard operating procedures in order to meet the international guidelines has also been a challenge.

"These are things that required significant effort from our end because talent has been an issue in India around this space. We do not have people who are trained operators in horticulture spaces and we were looking at raw talent to bring practices and systems in place," she adds.

However, the entrepreneur is one to give her all to tackle various challenges. And it was no different when they recently faced disruptions in the supply chain due to the nationwide lockdown announced to curb the spread of the deadly coronavirus pandemic.

While coronavirus has brought most global economic practices to a halt, Purnima has left no stones unturned, resuming most of INI Farm’s domestic operations within seven days.

Stating that it has been an intense and difficult phase, Purnima shares, “From an export perspective, the lockdown has hit us right in the middle of our peak season for banana, which is from January until about the end of May to early June.”

She says that the entire operation from harvest to the movement of produce came to a standstill for about seven days, which can be critical for suppliers of perishable goods.

Besides several hiccups such as truck drivers and other workers fleeing away due to fear of getting beaten up by the administration, the startup has not shut down its operations completely.

From operating at 10 percent of its capacity last week to now performing at about 30 percent, Purnima says they have resumed harvesting and the produce well on its way to supply in cities like Bengaluru, Delhi, and Hyderabad, while Mumbai is slightly more difficult.