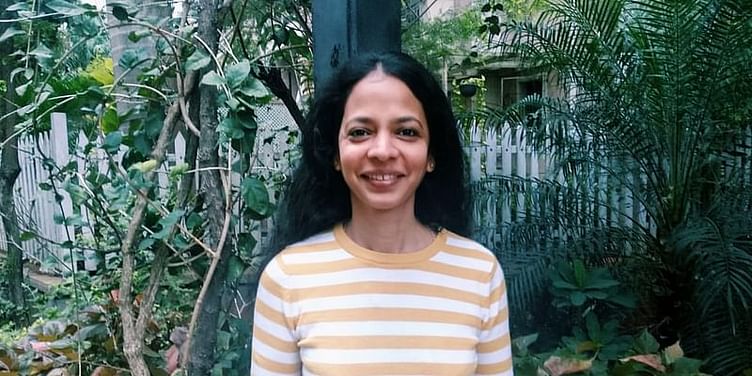 B2B startup YFret helps retailers and ecommerce platforms offer personalised voice shopping to its customers. With clients like Tanishq, Titan, FabAlley, and over 100 SMBs, it is all set to launch an in-store service in Kerala.

Have you ever thought aloud while shopping online and wished the person at the other end could listen to you speak? If you are thinking this might be a thing for the future, you are wrong.

It’s in the present and here to stay. Delaware, US-based startup YFret, co-founded by Tina Mani leverages artificial intelligence (AI) and machine learning (ML) technologies that enables customers in a store and online shopping sites to explore products and add them to the cart or wishlist. It provides the entire shopping experience conversationally, any kind of without manual intervention.

However, as a B2B startup, it caters to retailers and ecommerce platforms and does not serve directly to customers.

They are not afraid to kill. Yet, this tribal rights activist continues to rehabilitate militants in North East

Founded in 2015, the startup currently counts on Tanishq, Titan, Fastrack, ﻿Faballey﻿, and over 100 small and medium businesses, among its clients.

Once businesses integrate YFret’s service into their website, a real time personalisation engine AURA which also enables voice shopping, will be deployed.

For example, while shopping for clothes, AURA can learn and record a customer’s taste by looking at parameters such as product category, gender, sleeves, and patterns of the fabric, and how much she would be willing to spend, thus gaining a 360-degree understanding of the audience.

It will also enable customers to check trends. Additionally, businesses can retarget their customers on multiple channels, including messages, email, and browser or app notifications.

A firm believer that technology should be used to make things easy, Tina wanted to simplify the ecommerce experience that is popular in the country. This week, YFret is foraying into brick-and-mortar stores to provide contactless service, beginning with a store in Kerala.

“Customers can visit kiosk equipped with a TV screen and tablets, and initiate a conversation by asking for a product. All the options will appear on the screen from which they can shortlist a few and the seller will then present the selected few out of 20 odd products to try,” she explains.

While this is a step towards following social distance rules during the COVID-19 pandemic, Tina believes, it will also allow the startup to reach the older generation and people who are not tech savvy, specifically, the underserved population of the ecommerce market.

The entrepreneur adds that YFret aims to help retailers thrive in a similar way on virtual platforms. The startup currently offers services in Hindi and English and plans on adding other regional languages soon.

YFret’s closest competition is conversational AI platform ﻿Haptik﻿ which is largely owned by Reliance Jio that offers a similar service, but Tina believes its personalisation engine not as strong. On the global platform, voice commerce startup Blueroo works in a similar manner.

Despite the novelty of the idea, raising funds has been a key challenge. The computer science graduate from the University of Texas has raised $ 345,000 so far from friends and family.

“These were not institutional funds but helped me in staying afloat for some time. If I had raised funds in one go, it would have been easier to plan for the long term or for a year,” she says, adding that the company is currently in talks to raise funds and hopes to take the product to the global market including the US and UK, and scale faster.

Long before startup was a buzzword, Tina had left the telecom industry where she worked for two decades and took the entrepreneurial plunge into the booming ecommerce space.

Beginning her professional journey as a coder at Nortel telecom company in the US in 1995, Tina soon felt product management was her forte. She was part of the team that launched the 3G network in the US and when the company planned to launch the network in South India with BSNL, Tina took the opportunity and returned to India in 2005.

She later worked at Nokia Siemens where she faced a huge cultural shock. “Nortel had an open culture and I never felt like I was working in a large setup, I got the freedom to do what I wanted. But when I moved to Nokia Siemens, there was a hierarchy of sorts, a lot of politics and too many people trying to do the same thing. I just felt meaningless,” she recalls. She quit her job in 2012 and entered the startup ecosystem in 2015.

An avid explorer and writer, Tina’s now involved in hosting webinars, editing short video content as a marketing strategy post the COVID-19 outbreak. In the future, she wants YFret to be the go-to product for conversational commerce in India as well as global markets like the US.