Lego sets were a major part of Meetu Akali’s growing up years.In creative bursts of inspiration, she would build futuristic homes that could fly or move on wheels.

Her interests in architecture only grew, and inspired by the heritage structures of India, she went on to pursue a master’s in advanced architecture design from Oxford University, UK and completed a thesis on mobile homes and architecture as part of the course.

A free-spirited person, the 35-year-old says the idea of working a nine-to-five job feels too claustrophobic. “Sitting in an office for a set number of hours to be able to churn out something creative was too intimidating for me. I always wanted the freedom to explore and experiment as well as the flexibility to pick and choose projects,” she adds.

As such, it was only natural for Meetu to take the plunge and start her own architecture and interior design firm, Studio Momo in 2012, a year after returning to India. Based in Goa, the entrepreneur is now claiming a stake in the architectural services market that is expected to reach a CAGR of 4.5 percent between 2020 and 2025.

In 2012, the entrepreneur was mulling over possible names for her practice and was clear she did not want to name it after herself. After going through many ideas, Meetu decided upon Studio Momo, when she was having a momo (a kind of dumpling) in Mumbai one day and could not help but notice the structure and design of the dish, with the translucent film around it. Fitted on a wheel, she thought the structure would be an interesting design for a movable pod-like home.

Today, the firm is known for designing high-end, luxurious holiday homes as well as restoration of heritage homes in Goa. Focussed on sustainable and eco-friendly practices, it primarily serves clients who wish to enjoy an eco-conscious lifestyle, away from the city. Hence, Meetu says, integrating homes with nature and providing farming space to grow their own food is also an integral part of her work.

The entrepreneur believes there is no competition when every designer expresses her creativity uniquely, as an extension of her sensibilities and aesthetics. However, sustainability and creating bespoke luxury where each item for a project is customised and detailed differently, from architecture to interior design, landscaping, flooring patterns, and furniture which are designed in-house sets the firm apart from the rest.

With a life cycle of most projects spanning two years, from acceptance of work to handing over, the entrepreneur is cautious not to take more than six to eight projects at any given time and works with a small team of around 10 members. “This is so that we do not lose sight and control of the designs and attention to detail, she adds.

While Meetu declines to reveal Studio Momo’s revenues, she however, reveals that the firm has witnessed a growth rate of 30 to 40 percent every two years.

Calling it a ‘slow and steady growth’, the firm claims to have worked with top developers of the country and has served big names like Nyrika Crishna, daughter of Smita Crishna of the Godrej family.

Currently offering a pan India service, the founder says it gained most of the clients organically, through word-of-mouth.

Meetu agrees that architecture is still a male-dominated bastion and that 90 percent of the people she interacts with are men. “While I have not faced gender bias at work fortunately, many question one’s ability for being young,” she says.

As a creative person, Meetu insists on working on design aspects herself and does not delegate them to others. And one of the biggest lessons she learnt over the years is that there is no substitute to hard work.

Speaking on the impact of the COVID-19 pandemic on operations, she says, “Most of our projects came to a standstill due to the pandemic. While most on-site work had come to a halt, we now have a lot of time to work on new design concepts, which is also an important part of the work.”

Meetu acknowledges that the pandemic has posed financial difficulties and the firm has had to internally assess whether the entire staff could be retained. “However, we took a conscious call to not let go of any employee, based on humanitarian grounds, because it is a tough time for everyone. We are going to sustain our employees as much as we can. We hope the situation gets better in the coming months,” she adds. 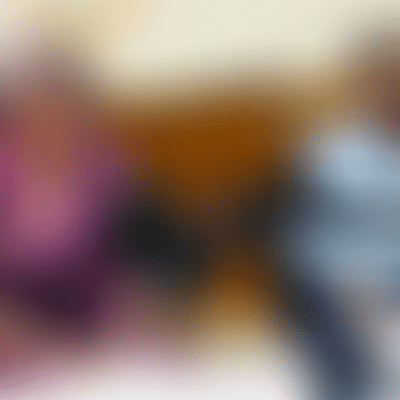 'Education is important, but I learnt more by observing life' : Gayathri Vasudevan of LabourNet