Meet Sonal Holland, India’s first and only Master of Wine 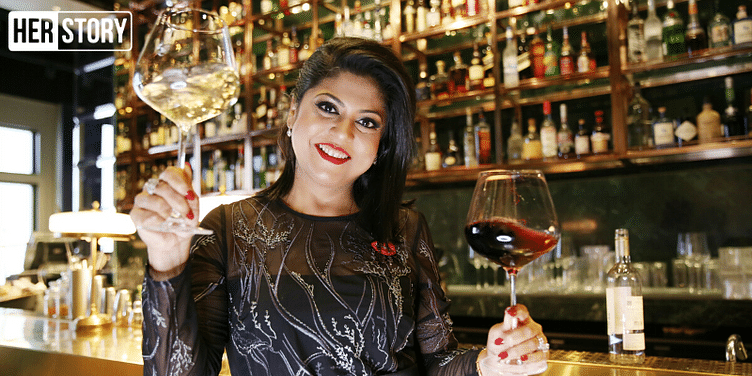 Sonal Holland quit her corporate career and jumped into the wine industry with many ventures. She is India’s first and only Master of Wine, a title that is accorded after passing one of the toughest exams in the world.

Sonal Holland remembers something her late father always told her - “Do whatever you want to in life, but do it better than anybody else. Strive to be the best in whatever you do.”

The 47-year-old is India’s first and only Master of Wine, a coveted title in the world of wine; founder of Sonal Holland Wine Academy, India’s first wine education institution; SoHo Wine Club; India Wine Awards; and Vine2Wine, a retail outlet business for wines.

Speaking about pioneering initiatives in India, Sonal tells HerStory, “One of the great things about being in a market like India is that I see it as a blank canvas. If I compare our market to the international market, I find so much lacking here. I found this a fantastic board for me to paint any picture I wanted. Therefore, most of my initiatives are firsts in the market.”

From corporate life to Master of Wine

Before Sonal found her calling in the wine industry, she worked with a NASDAQ listed Fortune 500 company as Director of Sales and Marketing. However, she felt that the job did not do justice to her skill sets and personality.

After putting in seven years she quit the job in 2007 and began searching for a new career path. She says she was looking for a sunrise industry, where she could really become a pioneer, just like her father had said.

She happened to read an article online written by a renowned UK based wine critic and it suddenly hit her - she had found her sunrise industry.

“If I entered this industry early on, I could have a real shot at being somebody prominent, I could be seen as a pioneer with game changing initiatives,” recalls Sonal.

She adds that the wine industry in India at the time was nascent with only a handful of wine producers in the country with very few wines being imported. There was ample opportunity in the industry and Sonal took advantage and strategically chose this industry.

“It is like an arranged marriage,” says Sonal about the decision to jump headlong into the wine industry without actually loving wines.

However, that did not deter her and she went to London and studied about wines at the Wines and Spirits Education Trust, a leading educational institute dedicated to wines and spirits.

It was here that Sonal fell in love with wines and hasn’t looked back since. While taking these elementary courses, she had set her sights on becoming India’s first Master of Wine.

The toughest exam in the world

The Institute of Master of Wine in London is a membership organisation whose members are called Masters of Wine. To be able to become a member and win the coveted title, Sonal had to take “one of the toughest exams in the world”. Since the inception of the exam in 1953, about 400 people from 30 countries have passed the exam that is divided into three categories - theory, blind taste testing, and a research paper.

It took Sonal four attempts to pass the blind tasting where one has to blind taste 36 wines under rigorous time pressure, identify where the wine is coming from, what grape variety, how it’s been made, the quality, the commercial potential of the wine and more.

For the cause of wine

"My personal interest is not to make wine. I always knew I wanted to be in the business of wine,” Sonal says.

When she launched the academy over a decade ago, the wine industry was so nascent that people did not understand the need for wine education.

She is also a consultant for luxury hotels and food establishments.

To further the cause of wine, in 2016, she started SoHo Wine Club, a consumer led platform - host tasting events, dinners, and experiences for lovers of wine. Taking from her Masters of Wine research paper, she tied up with UK based consumer research Wine Intelligence and started India Wine Insider, a comprehensive research survey on the urban Indian wine consumer.

In 2017, she also launched the India Wine Awards, which annually ranks the best wines, both local and international wines in the country. It also ranks restaurants for their wine lists and events.

The same year, she launched her retail wine store Vine2Wine, to bring to consumers an international and wholesome experience of buying wine. The service in a lot of retail outlets in India were shoddy, with no proper storage or knowledgeable staff. She wanted to replicate wine stores abroad that provided a wholesome experience to customers with recommendations, tasting events, and more.

Her retail brand features over 300 labels of wine from around the world starting from Rs 500 to Rs 50,000. In just a year, she opened three stores in Mumbai and Bengaluru. She started the first retail store with an investment of Rs 1 crore and was able to earn back the capital in just 4 months.

Ashton Kutcher and Mila Kunis launch ‘Quarantine Wine’ for a cause

The pandemic and beyond

Like most other businesses, the pandemic has affected Sonal’s ventures as well.

The SoHo Wine Club has been brought to a complete standstill and Sonal does not see any events in the foreseeable future. Her classroom training as part of the wine academy has also come to a halt. The annual wine awards gala ceremony has to be shifted online this year.

“Any sort of adversity doesn't really change your course of action, it helps you move or bring to the fore all the ideas you have been sitting on,” she says pointing to the efforts to digitise her wine courses and expand digital engagement.

During the lockdown she has conducted a number of webinars, masterclasses and “lives” with eminent personalities like Francis Ford Coppola, the director of movie Godfather, Dominic West, actor of acclaimed series The Wire and The Affair and famous chefs like Gagan Anand and Garima Arora and others.

Her retail business took a hit, but all the inventory was sold in just a day-and-a-half when stores were allowed to open in Mumbai and then were shut down again. However, the government’s decision to allow home delivery has come as a boon. A move she hopes will continue post the lockdown too.