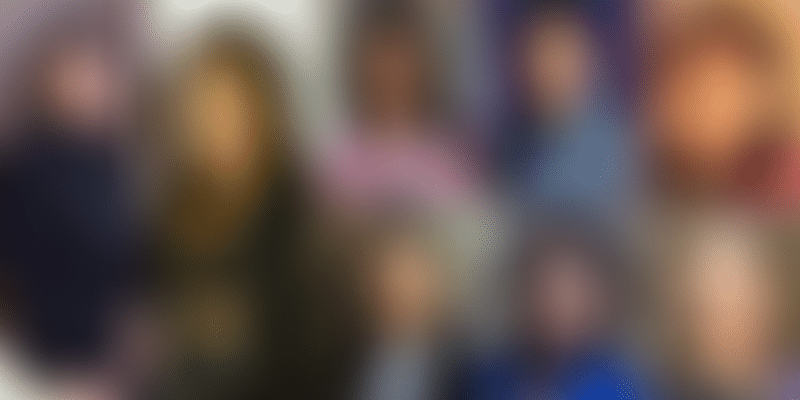 India’s family businesses continue to be markers of the country’s economic development. Ahead of National Girl Child Day, here is a look at women who are riding these businesses to success.

India is home to some of the world’s largest family businesses, and for the longest time, law and society considered the men to be the natural heirs of family-run enterprises. However, for decades, many prominent reigning businesses have witnessed great success with women leadership.

Legal developments like the Hindu Succession (Amendment) Act of 2005 which makes women a joint heir to the family’s business and property – irrespective of their marital status – helped enable such changes.

Here’s a look at women leaders who are making great strides in growing their family business by leaps and bounds.

Roshni Nadar Malhotra is the Chairperson of HCL Technologies and became the first Indian woman to chair a listed Indian IT company when she took over from her billionaire father Shiv Nadar last year. Roshni was named ‘the wealthiest woman in India’, according to a report curated by Kotak Wealth Management and Hurun India.

In addition to her business acumen, the leader is known for her work as a philanthropist and was a trustee of the Shiv Nadar Foundation. Among other things, she is the Chairperson of Vidyagyan Leadership Academy, which is aimed at uplifting people from economically disadvantaged backgrounds, and co-founded The Habitats Trust to create a sustainable ecosystem.

In 2015, the World Summit on Innovation and Entrepreneurship conferred her The World's Most Innovative People Award for Philanthropic Innovation. Forbes Magazine also recognised her among World’s 100 Most Powerful Women in 2019.

A trained classical musician, Roshni completed her communication studies from Northwestern University in Illinois and pursued an MBA from Kellogg School of Management.

Nisaba Godrej is the Managing Director and Chairperson of Godrej Consumer Products, as well as heads the non-profit organisation Teach For India. Nisaba is also a board member of Godrej Agrovet, Mahindra and Mahindra, and VIP Industries.

Besides overseeing the corporate functions, Nisaba has been invested in driving the Godrej Group’s CSR activity – Good & Green.

The youngest daughter of industrialist Adi Burjorji Godrej, Nisaba holds a Bachelor’s degree from The Wharton School at the University of Pennsylvania and an MBA from Harvard Business School. In 2014, she made headlines when she donned the ‘working mother’ label with grace, accompanying her then one-month-old son to the office.

Vinita Gupta is the CEO of Lupin Limited and is credited with setting up its subsidiary – Lupin Pharmaceuticals – as a global pharma company by expanding in the US and European markets.

The elder child of Lupin Founder Desh Bandhu Gupta, Vinita pursued a Bachelor’s in pharmacy from the University of Mumbai and an MBA from JL Kellogg Graduate School of Management, USA.

Nandini Piramal is the Executive Director of Piramal Enterprises and is responsible for leading the company’s Over-the-Counter (OTC) business. She also heads the Human Resources function at Piramal Group, as well as the Quality and Risk functions at Piramal Healthcare.

Being in the leadership position since 2006, Nandini oversaw several acquisition deals, especially in the OTC segment – where Piramal Enterprises became the 7th largest player in 2012, up from 40th in 2008.

Daughter of Ajay Piramal, she worked at McKinsey for a year prior to joining the family business. A graduate in Philosophy, Politics, and Economics from Oxford University, Nandini completed her MBA from Stanford University in 2006. She believes that being raised by two working parents and the exposure she got from her studies and work in the US led her to lead a life as an independent working woman.

The Reddy sisters – Preetha, Suneeta, Shobana, and Sangita – have been closely involved in their father, Prathap Reddy’s vision of building India’s first corporate hospital, Apollo Hospitals, which was founded in 1983.

The enterprise comprising 74 hospitals, 3,800 pharmacies, and over 200 primary care and diagnostic clinics is being led by Preetha as Vice Chairperson and Shobana as the Executive Vice Chairperson. Sangita and Sunita bear responsibility as its managing directors.

Sangita also heads Federation of Indian Chambers of Commerce and Industries (FICCI) as its president, and was a member of the Steering Committee on Health for India’s Twelfth Five Year Plan. Known as a global healthcare influencer, Sangita was conferred an honorary Doctorate by Macquarie University, Australia, recognising her efforts for the development of IT infrastructure in the healthcare industry.