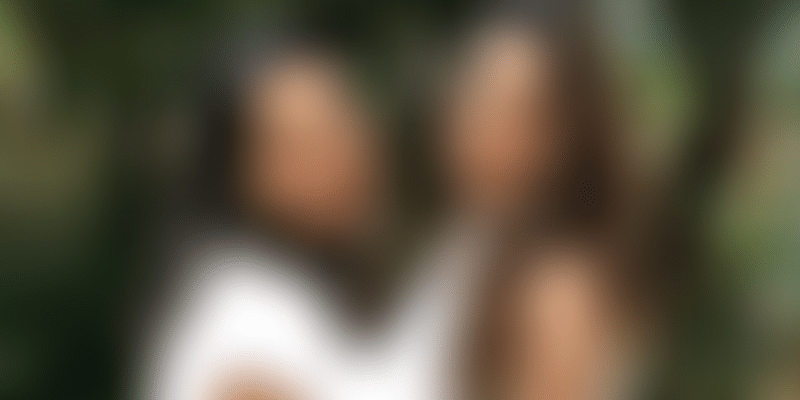 Founded by sisters Tanisha and Priyanka Ghura, Not So Arranged is a platform that helps you find a match based on compatibility quotient and an in-person interview.

In the age of swiping right and finding the right relationship online through trial-and-error, how would you like to measure your compatibility with a person before you start dating?

So, what’s difference between dating and an arranged marriage, you’d think. Only in this case, you don’t get to marriage, yet. You date a person you are most likely to be compatible with. Which, if all goes well, can take your relationship to the next level.

Sisters Tanisha Ghura Khanani and Priyanka Ghura Kuka launched Not So Arranged, a platform that helps you find a match based on your Compatibility Quotient (CQ) and in-person interview. Their approach is about matching personalities and compatibility, not profiles.

Tanisha (36) is the co-founder of Bombay Marketing Group and has worked in Mumbai, New York City, and Washington DC in various marketing roles and companies. Priyanka (32) has a background in digital content and has worked with three startups in editorial roles.

Love in the digital age

The nightmarish memory of an arranged marriage meeting gone wrong terribly for one of the sisters, and hearing stories of friends and family who went the same route, led Tanisha and Priyanka to decide that love needed a new direction in the digital age.

“We all know that popular dating apps specialise in superficial compatibility and matrimonial platforms don’t really pay heed to compatibility at all,” Priyanka says.

“Our chief psychologist, who specialises in relationship therapy, behavioural research, and premarital assessment, has spent months creating a customised quiz to help measure the compatibility of individuals to one another. The quiz dives into an About You session, gathering information to help us find you some great potential matches,” she says.

According to Tanisha, the compatibility quotient will then help them find the Yin to your Yang. The process is split into a few simple steps:

Take the one-of-a-kind compatibility quiz. You could pick any of the simple membership plans, after which Not So Arranged will schedule a Get-To-Know-You session so it can explore all facets before finding the user a match.

The platform also ensures there are no red flags during the Get-To-Know-You session and verifies your ID with your social media profiles.

The Compatibility Quiz has two parts that assess both compatibility and personality. The personality aspect of the quiz is based on one of the most widely used theories of personality called the ‘Big Five personality traits. It follows the belief that every individual has certain fundamental traits in varying measures. The compatibility aspect helps figure out a person’s self-perception, values, and views about life.

Once the membership has been accepted, you receive a match based on your CQ. You will receive an email about your highest match, why and how you matched, and even some new learnings about yourself.

The aim, Tanisha says, is to bridge the gap between the frivolousness and swiping culture of dating apps as well as matrimonial platforms, which only focus on biodatas.

“You can call NSA a ‘serious’ dating website; we aren’t for casual connections. We are for people who are serious about looking for love, and by that we mean a meaningful connection that will never get old.”

Priyanka says Indians from around the world who are looking for something serious and long term can sign up. “Since we have just started out, word of mouth and referrals have been huge for us.

However, we have also kicked off a strong digital marketing approach, which includes a combination of content and social media to create awareness in the space for serious dating. With great feedback around our curation process and compatibility matching we are creating a safe space for people to get over their dating fatigue and pursue an easy and effortless approach to dating,” she adds.

But with the proliferation and popularity of dating apps, is society ready for serious dating?

“Definitely,” say the founders, adding, “For people who are looking for something more meaningful than a casual relationship or ‘wholesale dating’ there aren't many options available. We’ve seen that a lot of singles aren’t really comfortable with the traditional arranged marriage process or matrimonial platforms.”

They also believe that the modern dating process has also slowed down during the pandemic and people are spending more time talking and getting to know each other.

“Courting is back in, rather than simply swiping right and moving on to the next profile. By matching people based on compatibility and personality, we help provide meaningful matches, so this actually helps the conversation flow. When you’re set up with someone who compliments your personality, there are lower chances of forced, awkward conversations and higher chances of a meaningful connection,” Tanisha says.

From the time they launched in Beta, in mid-January, and officially started pre-launch matching, as of March 31, Not So Arranged’s membership has been growing at 150 percent MoM.

They also help set up a few matches and reveal that users responded that the conversation was extremely free flowing, there was no awkwardness, the match email was very detailed, and that they appreciated the compatibility breakdown that they received.

The platform offers two membership plans, a six-month plan and a 12-month plan. Currently self-funded, the sisters want to prove the model works and gain traction before they consider any outside investments.

“Our plan is to grow our database and help like-minded singles find a partner who they are compatible with. We are actively working on developing other avenues to help people get over their dating fatigue and be open to connect with like-minded singles. We will be also introducing more services as we go along,” Tanisha says.