Overcoming the barriers to becoming a successful female entrepreneur 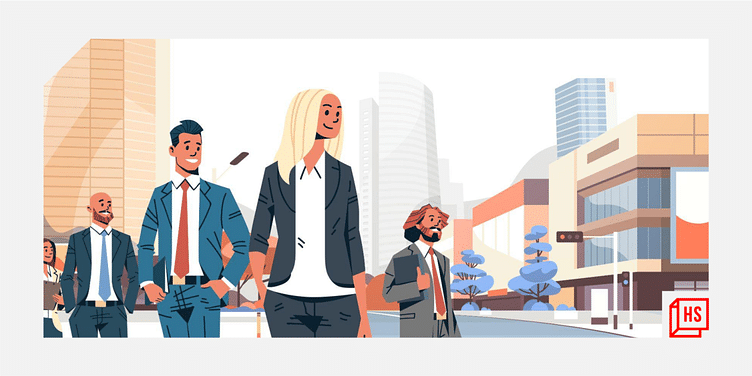 From breaking the stigma to accessing government-led grants, women can tap into multiple avenues to succeed in their entrepreneurial journeys.

The days when entrepreneurship was considered a male-dominated space are long gone. An increasing number of women across the world have successfully established themselves as entrepreneurs in various niches, and there are several more aspiring, emerging women entrepreneurs.

While as of 2019, women entrepreneurs consisted of less than 15 percent , they are certainly rising to claim their share in the entrepreneurial world. However, there are still multiple barriers for women entrepreneurs to cross on their journey to establish themselves and build a successful business.

Barriers such as limited funding, lack of adequate access to networking opportunities and other resources, overall gender biases, and the age-old ‘females need to take up family responsibilities’ mindset have proved to be some of the major hindrances to women trying to pave successful entrepreneurial paths.

That said, let’s take a look at how budding female entrepreneurs can expertly navigate the entrepreneurial journey and build successful businesses.

A shift in mindset

First and foremost, aspiring female entrepreneurs should start viewing themselves as just an entrepreneur rather than assigning their gender to it. This itself will enable them to view the entire entrepreneurial journey and world from a different perspective.

Seeing oneself as an entrepreneur instead of a woman entrepreneur will allow you to focus primarily on the business challenges and build innovative solutions for them rather than shifting your focus to gender-barriers.

Additionally, providing them with platforms/forums to network with successful women entrepreneurs can go a long way in enabling them to build a strong foundation for their entrepreneurial journey.

Women-led startups that cannot be bootstrapped and are facing the issue of insufficient funding can seek out capital infusion through other sources. There are several government-led grants and schemes that female entrepreneurs can use to fund their businesses.

Furthermore, they can avail the assistance of startup law firms to enable them to close funding deals from the investor community – be it angel investors or VCs (Venture Capitalists) – any investment source that an entrepreneur would approach.

Startup-focussed law firms can provide the necessary guidance not just in securing funding but also in terms of running the business successfully. This can be immensely beneficial to women-led startups that are seeking mentorship as well as capital.

The world has evolved rapidly over the years. However, unfortunately, conventional, age-old gender roles still prove to be a significant barrier to emerging female entrepreneurs, and in some cases, even established ones.

Despite the situation sometimes appearing to be an ‘all odds stacked against you,’ seeking help and building a strong support group from family members or reliable friends can go a long way in allowing one to create the balance and manage responsibilities efficiently.

Break the stigma and take control

Similar to traditional gender roles, there exists a perception that some jobs and businesses are better handled by men and women are less capable of performing such tasks. Besides, there is also a stigma surrounding men working under a woman and the fact that women are viewed as arrogant and dominating for being assertive or firm with their decisions.

Aspiring female entrepreneurs need to break free from this stigma and take control of their businesses. It’s essential to have confidence in themselves and their capabilities and establish themselves as successful entrepreneurs.

An increasing number of women in the workforce

While the earlier mentioned numbers of female entrepreneurs may seem small, the overall scenario of women being highly educated and entering the workforce, and taking on senior leadership roles, is gradually increasing.

Given this growth rate, the number of women in top management positions and those entering or even rejoining the workforce will only continue to increase, displaying a bright future for the younger generations.

Last but not least, the COVID-19 pandemic no doubt wreaked havoc on several businesses, and women-led businesses were no exception. The reduced demand in certain sectors, the prolonged lockdowns, and having to juggle household responsibilities alongside the business have taken a toll on female entrepreneurship.

However, as the pandemic gradually eases and the world begins to adapt to the new normal, women are once again stepping up to rebuild their businesses or establish new ones.

With women entrepreneurship slowly but steadily on the rise, we are getting closer to bridging the gap but have a long way to go to significantly impact the overall gender gap.

With continued support from the government, women-centric institutions dedicated to helping budding entrepreneurs, and the investor community, the number of female entrepreneurs may come close to matching the males in the foreseeable future.