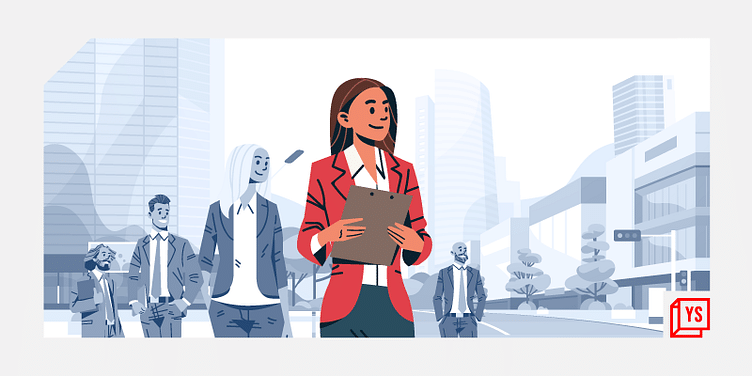 Once a male-dominated sector, IT is becoming the most-sought after career option for women in India. However, the industry needs female role models in leadership positions.

This decade has seen an increase in women’s participation in the IT (information technology) industry as they make up 34 percent of the total workforce in the sector, according to the Ministry of Electronics & Information Technology 2017-2018. It stands third-highest among all non-agricultural sectors in the country after e-commerce (67.7%) and retail (52%) as per NASSCOM in 2018. A March 2020 NASSCOM report “India’s Tech Industry: Women For The Techade” says that women constitute 35 percent of India’s technology industry.

While women are increasingly joining the workforce in the tech industry, it is also important to note that young girls in India comprise 30 percent of engineering students which is among the highest in the world and more than the developed nations like the US, UK, Germany and France as per All India Survey on Higher Education (AISHE).

These numbers show an upward trend in women’s participation in the technology industry in India; however, a lot needs to be done to achieve gender equality in this space when it comes to women’s representation in key decision-making roles in tech-based companies.

Today, when engineering roles are considered viable professional options for women in Indian households in the long run, it is also a reality that we see a leak in the pipeline which doesn’t allow women to reach higher positions in their career. This is as true for the tech sector, as it is for any other corporate sector in India, given that gender-based biases and patriarchal mindset continue to plague Indian society at all levels.

Sneha Priya co-founded an edtech startup ﻿SP Robotic﻿ Work in 2012 after she graduated with BE in Electrical and Electronics Engineering. She realised that while she is passionate about making robots, there’s hardly any learning platform that gives practical learning into engineering and STEM education.

“I’d gone into the engineering college thinking there would be a lot of practical learning but it was more theoretical so at 17, I would make my own robots through several trials and errors. Whenever something worked out, I would remember the theory that actually made it work and that’s how I came to the conclusion that we need more young people to have visual and practical learning than theoretical to excel in technology and electrical sector,” Sneha tells HerStory.

Having spent close to a decade in the industry and running an edtech platform that helps children with practical learning of STEM, she reveals that the proportion of girls taking up coding, robotics, etc. is increasing drastically.

“Especially after lockdown, we have seen a larger number of girls taking up a course with us. When we started off, we used to have only around two to five percent girls in a batch but today, we’re seeing 100 percent growth joining us on a monthly basis. Last month 35 percent of all the registration we received were from girls,” she adds.

Once girls start to equally participate in tech education from a young age, we’re bound to have better representation higher up at all levels.

However, while the number is growing, what's disturbing to see is that women-led startups got less than five percent of total funding between 2018 and 2020, according to YourStory Research. The pandemic worsened the funding disparity: Investment in women-run startups fell 24 percent in the first half of 2020, found a Makers India study.

In 2021, some of the women-led tech platforms that got funded include digital entertainment company, Pocket Aces founded by Aditi Shrivastava; an AI-powered investment advisor Wright Research started by Sonam Srivastava; pregnancy app, iMumz founded by Jaideep Malhotra among others.

Deena Jacob, Co-Founder of Open Financial Technologies, believes that she has seen a shift in fund-raising by women leaders and even from the perspective of investors and venture capitalist firms.

“In the recent past, investors have also started taking more bets on women-led tech startups as compared to the scenario earlier. There has been slow and steady growth and we can definitely see the improvement with every funding round. However, it is nowhere near reaching equality and that will take a long time but we are moving in the right direction for it,” says Deena.

There needs to be a focused approach towards this issue from the government and investors’ side to bring in improvement. One of the examples of government policies leading to tangible improvement in women’s representation is Israel. When Israel found out in 2019 that only eight percent of all its startups are women-led, it took specific measures to change this and in two years, it has doubled the number of women tech founders.

It’s necessary to have more women-run tech startups as it has been widely reported that they tend to hire more women in tech.

Times are changing for women in tech

Deena also points to the fact that now several organisations are running diversity equity and inclusion programmes and career relaunch programs to sustain women in the workforce and for women to have a second inning in their professional careers especially in the IT sector.

“With all the government and company-led initiatives, we can see more women in leadership in tech. It is indicative of the fact that if women are rising up to those levels then they have been in the making for such roles for the last five to six years. It is only now that we’re seeing results of the participation at lower levels earlier. Change cannot be seen in isolation of all the years when women were pushed into tech right from the start,” she adds.

She also talks about the paradigm shift in mindset and conditioning when hiring women at work. “When a decade ago, it was perfectly okay to ask women when they were going to get married, or planning a family or if they would be able to give enough time to work while having a family, these questions have lost their relevance today. In fact, the employers would be condemned heavily if they ask such questions or make a hiring call on the basis of these issues,” she shares.

Aparna Saraogi, who has been in the tech space for close to two decades and even co-founded the Women Entrepreneurship and Empowerment platform to groom aspiring women entrepreneurs, says that she has seen women’s interest and focus rising in tech-based startups.

“I’ve seen a big change in terms of the fact that today, it’s absolutely normal for women to want to start tech startups. Now that tech has also diversified itself in augmented reality, immersive technology, Artificial Intelligence, etc. we see women using all these technologies to accelerate their startup,” says Aparna adding that among the women entrepreneurs she has groomed, she says a general consensus of women being more likely to found a tech-based startup as that’s where the world is moving today.