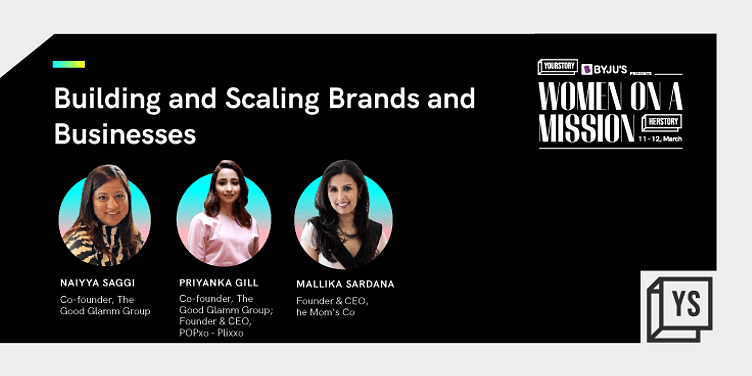 A pitch book report from November last year states that female-founded companies in the world's largest capital market, the US, raised $40 billion across over 2600 deals in the first three quarters of 2021, shattering the previous annual deal value record of $23 billion in 2019.

In the Indian context, women represent only 14 percent of entrepreneurs in India. And a majority of these startups are micro-enterprises and self-financed – a clear sign that women entrepreneurs are not being equipped to reach their potential.

But are we also seeing signs of change?

Unicorn matrix is changing in India

Naiyya highlighted that the US has about 12 percent of unicorn companies founded by women. However, in India, we have about 3 percent to 4 percent. But that's changing now.

“You see more and more women now becoming investors and having a seat at the funding table, which is extremely positive for us as an ecosystem of women entrepreneurs,” she highlights.

Open conversations give way to success

A lot more conversations are happening on the US vs India lag in terms of percentage of women entrepreneurs, funding and more. Because of this, at every level stakeholders are becoming very conscious and a lot of correction is happening which was long overdue.

“So I'm very bullish. We are seeing the beginning of a change in how entrepreneurship is perceived for women, and also by men when they're looking at women as investors, and at senior roles,” says Priyanka.

Malika highlighted that a decade back women were more inclined towards work to get by or support their families. But the trend today is completely different.

“...setting really high aspirations for yourself and wanting to create impact is a new change that I see in women entrepreneurs these days. They're more about, ’what is it that I can do to make myself proud of what I'm doing and leave a heritage for the family’, which is very interesting to see as opposed to what was about 10 years back,” she adds.

Moving beyond the unconscious bias

Women seem to have this unseen bar that they have to cross and a lot of conscious-unconscious bias that they have to face. But that’s changing too. There's a lot of positive corrections. But the first step is to recognise it and it's the responsibility of all stakeholders to make sure they are constantly fighting the unconscious bias that a lot of us are unfortunately saddled with.

Hybrid working may change the narrative

The normalisation of hybrid and work from home trends has given women an opportunity to take the entrepreneurship plunge more than ever before. They now have access to global talent and flexibility, with a choice to work from the comfort of their home or their workplace. This has also given them the opportunity to build new avenues and work towards their other goals while pursuing their career.

Expectations from the ecosystem

Malika shares that she would love to see an environment where a woman has zero reluctance in kind of putting in the effort and the time and the money in investing herself and putting her needs first. “Women on top” - the concept needs to be normalised.

Naiyaa further believes that usually, success is the function of privileges and exposure one gets in their life.

“I'm really hopeful that the new ecosystem enablers create a more equal playing ground for women who maybe don't have the access the privilege that I've had to have those experiences," she adds.

Advice to the future women generation

The leaders believe that to change anything at the holistic level, women need to make sure that they think of themselves as the highest authority of their lives. They are the front leaders of what they want to drive their life with, and they need to be able to make their own decisions.

“We do tend to underplay a lot of our successes, and we are almost apologetic for them. So I think that really does need to stop,” adds Priyanka.

Malika further adds that there are forums today which are creating a safe space for women to be able to have open conversations. But it has a lot to do with personal wishes and the personal take that the women have to take to kind of take the initiative to speak.

Naiyya concludes, “Just be resilient. Just don't give up. Put yourself out there, be brave and don’t hold yourself back."

A shout out to the sponsors of Women on a Mission Summit 2022, an Initiative by HerStory, by YourStory - BYJU’S, the presenting partner, and other sponsors - ﻿Kyndryl﻿, Sequoia Spark, ﻿Zilingo﻿, ﻿Atlassian﻿, ﻿Akamai Technologies﻿, ﻿Freshworks﻿ for Startups, and Netapp Excellerator.