This woman’s not-for-profit has helped over 10,000 artisans in 18 states 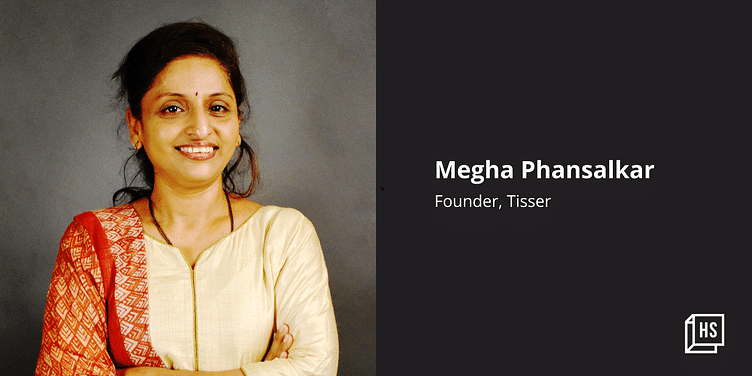 The Tisser Artisan Trust, founded by Megha Phansalkar, has generated livelihoods for 1000+ rural clusters in 18 states and has helped incorporate new styles and techniques in their craft. It has also introduced tech for improving artisan connect.

An urban regional planner with more than 20 years of experience in the development sector, Megha Phansalkar has worked with the World Bank since 2007 in multiple water sanitation and livelihood projects.

As part of her work, Megha realised that indigenous weavers and artisans suffered as they lacked design and marketing support, which left them at the mercy of exploitative middlemen and without a stable source of livelihood.

“In 2015, I went ahead and sought to address this issue by founding my own not-for-profit trust to help artisans generate a much-needed source of income. It realised the need to incorporate modern style and techniques into the traditional skills of artisans,” she tells HerStory.

With ﻿Tisser﻿ Artisan Trust (Tisser means, to weave), Megha’s aim is to also bring in innovation and form a unique model by supporting product design and diversification, introducing tech for improving artisan connect and working on end-to-end cluster development.

Tisser has a network of more than 10,000 artisans, groups, and SHGs across South Asia. Working in more than 100 art forms, it generates livelihoods for 1000+ rural clusters in 18 states of India with more than 1,000 products made using traditional and cultural art forms.

“Given that women’s economic empowerment is central to poverty reduction and shared prosperity, investing in capacity enhancement and improved access to new skills, ﬁnancial and digital opportunities for girls and women is one of the key focus areas of her trust’s work in India,” Megha explains.

Megha elaborates, “To ensure that contemporary demands of the consumers are met, the Tisser design team personally looks into the products developed by the rural artisans and weavers across India and then decides the best designs and quality control to attract not only local, but also international consumers.”

“The Tisser Artisan Trust is an entrepreneurial venture, functioning as a tool for social upliftment of rural clusters of India. We manufacture handloom and handcrafted products, and has till now designed over 1,000 customised products. Our current catalogue has more than 2,500 SKUs, 50 handloom fabrics, 20 forms of textile painting, and 200 forms of handicrafts,” she adds.

According to Megha, the first two Cs--Construct and Capacity--are carried out in large part during the onboarding and training stages, during which women are identified, collectivised, provided with the material, infrastructure, and training they require in relation to their craft, entrepreneurship, business operations, personal health and wellness, and gender equality.

“These components will be addressed in the work plan for setting up producer enterprises and training identified producers.

Once PEs have been mobilised and trained, the results of the Construct and Capacity components of the model--aggregated producers, infrastructure, and new skill sets--will remain constant, aided by a state and professional management team,” she says.

Going forward, Tisser’s sustainability strategy for PEs after the withdrawal of external funders is that they will be independent businesses with the ability to raise and manage their own capital and employ their own creative producers and administrative team. In order to make this happen, PEs and the creative producers within them need access to design material (Create), markets (Channel), and digital resources (Connect).

Megha elaborates, “Connect refers to the digital platform, which comprises of Community Apps for Producer Group in local languages designed to enable more effective market access, and Southasiaartisans.com a producer-owned ecommerce portal. The apps provide access to training materials, design inputs, streamlining production, and tracking purchases and sales. While Tisser will remain a longer term partner for with respect to maintaining the Connect, Channel, and creating pieces, the ultimate goal is for the producer group to become self-sufficient and independent enterprises without any external financial support.”

The impact has been far-reaching. Fifty clusters have been empowered, 100 producer groups established, 10,000 artisan families supported, and 100,000 women benefited.

Apart from these, Tisser also entered into a partnership with NGO Samhita to assist the most vulnerable stakeholders in their recovery from the COVID-19 crisis.

“There is an urgent need to revive consumers’ interest in crafts and make crafts relevant to increasingly urban lifestyles. Efforts are needed to sensitise the emerging middle class consumer to the history and value of crafts in India to ensure a robust domestic market,” Megha says.

“Building an ecosystem of collaboration will align the roles of different stakeholders each of whom can support artisans in different ways. Leading academic institutions such as the National Institute for Fashion Technology (NIFT) have a major role to play in the crafts sector,” she adds.