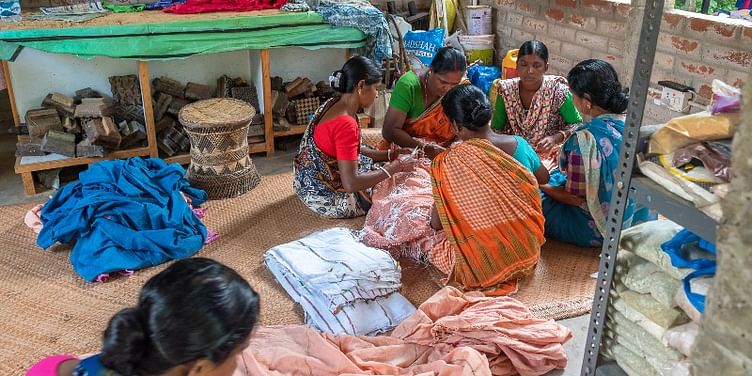 Of the nearly 46.45 crores Jan Dhan bank account holders in the country, more than 55% are women, and yet how many of these accounts are in active use?

For a rural woman in India today, financial inclusion is not something new. But there are barriers to her understanding of money.

“She thinks banks are not for her, but for people with a lot of money. She doesn't feel welcome in the branches. She has no idea about the various facilities, which are part of Jan Dhan, including micro-insurance, micro-pension, etc. And we solve for these through designing appropriate products, communication and training,” says Kalpana Ajayan, Regional Head, South Asia, Women’s World Banking (WWB).

In a chat with HerStory, Kalpana discusses the challenges surrounding women and the banking system, and the need for a women-centric design approach and other solutions for economically empowering women.

The WWB, whose founding member was the late activist Ela Bhatt, is an international non-profit that designs and invests in financial solutions, institutions, and policy environments in emerging markets to create greater economic stability and prosperity for women and their families.

Elaben, a renowned women's rights activist and founder of the Self Employed Women's Association (SEWA), recently passed away at 89 years. A lawyer, social worker and pioneer in grassroots development, Elaben strived to improve the lives of India's poorest and most oppressed women workers.

The WWB has been working in partnership with the Bank of Baroda and launched the Jan Dhan Plus solution programme in select areas of Chennai, Delhi, and Mumbai in 2019.

One of their focus areas has been encouraging more women to enrol and train as business/banking correspondents (BC) in rural areas to make them better understand and fulfil the needs of women customers. After piloting this in Uttar Pradesh’s Shahjahanpur region in March of 2022, the initiative was rolled out to the entire zone.

A BC is an extended arm of a bank branch, providing doorstep banking and financial services to customers in remote areas. It is well known that women customers respond better to women banking agents, and learn much better when they are sat next to and demonstrated to about the banking products.

However, getting women to enrol as banking correspondents has not been easy, with societal, familial and even their own perspectives weighing them down.

“A lot of these business correspondents are all first-time entrepreneurs. The concept of managing their time, and being professionals–they need mentoring on these,” says Kalpana.

Last year, a Department of Financial Services committee approved raising the number of female BCs, and the WWB was selected to be a part of the BC committee as an invitee. The organisation’s groundwork in UP has helped it share its recommendations on the subject, says Kalpana.

One of the recommendations made by WWB when it looked at the overall female BC population for the country was that only 8-10% of the BCs were women.

“Our recommendation was that, as a country, we have to have 30% representation of women in BCs,” says Kalpana, stating that addressing technological challenges at the grassroots is one way of addressing this gap.

According to Kalpana, encouraging women to use mobile phones and improving their digital skills is the first step towards digital financial literacy.

“We are doing a six-month project with Google Pay where Google has specifically asked us to help them identify barriers that come in the way of low and middle-income entrepreneurs and women, and how to overcome them. The findings are going to be interesting, and I feel, will validate what we know through our work with Jan Dhan accounts,” says Kalpana.

The findings Kalpana is referring to range from an algorithmic bias when it comes to digital lending to simple gender biases.

She says an enabling environment at the ground level becomes a very crucial cog in building trust and ensuring a smooth transition into digital literacy and usage.

Having been a retail banker all her life with experience working for finance companies and NBFCs, Kalpana forayed into the development sector during her stint with Edelweiss through their EdelGive Foundation.

She joined WWB in January this year, overseeing WWB’s work across South Asia, and says when compared to the other countries in the region, what India is doing right is the Jan-Dhan Yojana.

“It is a game-changer as far as financial inclusion is concerned, and in fact, has also been responsible for the rise in fintech companies,” she says, adding that it also helped that the fintech ecosystem was thriving as well.

Going forward, the WWB has a ton of projects lined up in the MSME sector. Kalpana says, “We come from Elaben legacy. It's very close to our hearts. So, we've tied up with the Small Industries Development Bank of India (SIDBI), and doing some very interesting work with them to see how we can have more women entrepreneurs enter the formal financial system. Affordable credit is still a distant dream for women.”

Kalpana says a common pattern seen amongst rural women entrepreneurs is that they are comfortable taking a group loan, among people they know or as part of SHGs, but when one has to take a loan on an individual basis, there are several barriers.

“While we have a lot of women entrepreneurs in rural areas, not all of them are in the formal financial system. And that is the gap that we need to address quickly,” concludes Kalpana.

As Elaben once said, it is the women who are the leaders in change and without their participation, poverty can never be removed. And for this, all that the women, the natural savers in families, need to do is move their savings from their kitchens to the banks.

Meet Sonal Kaushal, the voice of Doraemon in India for the past 12 years