Feminism is about bridging the gender gap and making equality essential to make this world better place to live in.

I’m a feminist and I love to dress up. I’m not talking about power dressing and wearing those corporate suits. I love to wear dresses that we mostly relate with women; dresses with colours and frills and delicate fabrics. And I don’t feel offended when a man notices my dress and complements me for the same. In fact, I feel nice if a man finds me good looking. I like carrying myself well and I like keeping long hair and wearing lipstick. Feminism does not mean I should lack sexuality. I certainly do not hate men; I have more male friends than female, these are men, who are intelligent, nonjudgmental and never underestimates women.

I am feminist and I don’t like the idea of a man getting a facial. That is my personal opinion, not a statement against manhood. Getting a facial doesn’t make him any less of a man in the same way as having hair on her body doesn’t make her any less of a woman. As feminist I find it offensive if someone makes general statement ‘how should woman look and behave. It is stereo - typing of the women that I am against and I believe in having a choice.

If a woman opts for a life of a home-maker instead of career. It is fine as long as she chooses it instead of forced into. A friend of mine is a homemaker and she loves it. She worships her husband and treats him like God and for her, her family and her home is everything. Not your idea of feminism, right? Why not? She made a conscious choice about the kind of life she wanted and she’s living it, happily. Her energy and enthusiasm is infectious and contrary to the image of a homemaker that most people have, she’s smart, intelligent, tech savvy and well informed about world history and current affairs. As a feminist what annoys me is stereotyping of home wives as being dumb or lazy and I’m against stereotyping.

I have another friend, who hates men and has decided not to marry anyone because she considers marriage a form of slavery for women. She’s a happy soul, too. Does that make her more or less of a feminist?

Doesn’t matter what your answer is, because what you’re probably doing right now is stereotyping. Yes, you heard me. You are STEREOTYPING. We all are; by trying to define feminism in one way and looking at everyone else through the glass of that definition. And that’s what men do and that’s what the society at large does. They stereotype. They define people and their roles in this world with a narrow perspective. Why? Because that way it’s easier to control them; because it means, not having to make an effort to understand another human being and still get what you want.

So, if we want equality, we need to stop stereotyping and stop it right now. By continuing to do so, we’re not only curbing individual freedom but we’re reaffirming, every single second, of every minute, of every single day that women has to follow the path which pleases the society and its men.

Stereotypes’ which society promotes are fatal for empowering women:

A working mother is not a good mother.

A single woman is easily approachable.

A housewife is dumb.

An extra-loving and an extra-caring mother doesn’t have her own identity.

A slim woman is sexy.

A fair-skinned woman is beautiful.

A woman who doesn’t pay attention to her looks is less of a woman.

A woman who loses her virginity before marriage lacks character.

A feminist woman does not have sexuality.

A woman who’s aggressive is manly.

A woman who gives importance to her family is not career oriented.

A woman who smokes a cigarette is bold.

A woman who can cook can win a man’s heart easily.

A woman who’s shy is not suited for a corporate job.

A woman who wears short dresses does it only to grab male attention.

A woman is beautiful, only if she’s physically attractive.

A woman who doesn’t like kids is a menace to the society.

A woman who is a control freak becomes a bad wife.

Woman is beautiful as she is and she does need hair to prove it.

Society again promotes stereotypes for ‘beauty’, that is slim is beautiful, long hair is beautiful blah blah.So, the other day I came across this camp wherein women were donating their hair for use by women who had cancer, and had lost some or most of their hair owing to the illness and its treatment. I couldn’t help myself from asking some of the donors as to why they were doing that. One of them said by doing so, they were trying to lessen the degree of trauma the cancer patients go through when they lose hair. I couldn’t help but wonder if they were really helping, because if you think about it, what they were actually doing was reaffirming the negative perception we have around hair and how it defines gender and beauty. I feel the right thing to do is to tell such patients, and make them believe in whatever way possible, that the loss of body hair means nothing in terms of beauty; certainly nothing to be traumatised about. They don’t need a wig to hide or to look beautiful. In fact, we should actually be ashamed of what we are promoting by donating our hair to women who are terminally ill. They may or may not die but by doing such things we’re ensuring that their self-esteem does.

Stereo-typing much more common for women than for men. Let the woman live; let her do what she wants; let her fail; let her cry; let her feel vulnerable; let her feel triumphant; let her see the world with her eyes and let her make her own choices with her own mind. Don’t let her just die. 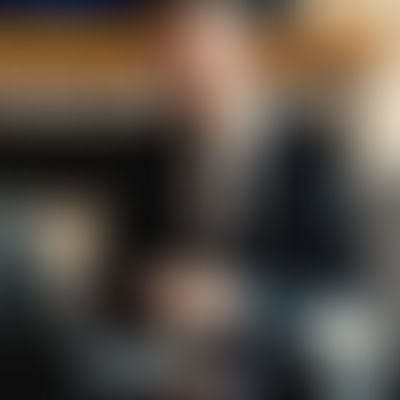