Unorganized Indian healthcare, lack of innovation and opportunities ahead 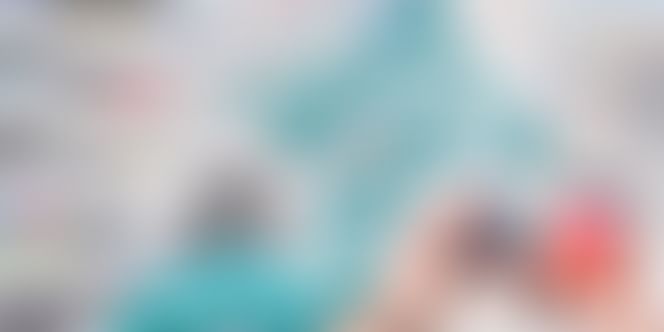 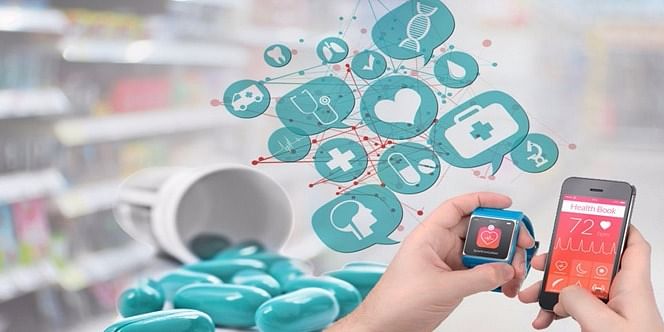 The last decade has evidenced a considerable amount of disruption in every industrial sector which has touched every aspect of our lives (for the better). From — Food to Furniture. Transport to Tourism. Entertainment to Education. Cell phones to Clothes. Books to Bookings. While reading this at least 2–3 big and popular start-ups will come to your mind for each segment.

Now think about Healthcare. Is there any? If yes, can you compare them with the market leaders of other segments in terms of value creation and pain points they are solving? Are there enough existing Healthcare Startups in the market which are really disruptive and patient-centric? Are they making your lives any better in terms of your health?

It is baffling how much healthcare has been left behind in terms of innovation compared to other areas from a consumer’s perspective.

There are 3 main reasons for that:

Highly Unorganized Industry : Largely each healthcare segment is highly unorganized. Take diagnostics labs for example, which is 90% unorganized. The unorganized players typically do not have the marketing and logistics bandwidth that an aggregator or e-commerce company can provide.

Doctor-centric Ecosystem : The healthcare ecosystem has been built around the doctors who tend to be reluctant in adopting new technologies for various reasons. (Do they like the Status-quo?)

Missing Glamour : Any healthcare entrepreneur will tell how tough it is to attract talent because healthcare is not cool enough especially for Tech guys! Same goes for investors i.e. VCs, Angels. They feel investing in Healthcare Sector is riskier than any other industry. Most of the time they are right.

“Healthcare market in India is estimated to reach US $280bn by 2020 most of which is highly unorganized.”

India is the third-largest economy in the world, with annual spending of over Rs. 6 trillion on healthcare on its 1.3 billion population.

Global evidence on health spending shows that unless a country spends at least 5–6% of its GDP on health — and the major part of it is from government budget — basic healthcare needs are seldom met. In India, public spending on healthcare is 1.4 % of GDP. Shocked? But sadly that’s the reality.

We can’t dream to be a developed country while we continue to fail in improving one of the most important sectors.

“When the rate of economic growth in India is outpacing most other countries, why is India’s per capita expenditure on health so abysmally low in comparison with other BRIC countries?”

Here are some key issues and how we can address them.

Currently the availability of doctors and nurses in India is low due to the limited number of medical professionals in the country. According to the Medical Council of India (MCI), the Doctor–Patient ratio in India is 1:1,674 against the WHO norm of 1:1,000. Hospital Bed-Patient ratio is 1:1000 against 3.5:1000 recommended by WHO.

There is a complete neglect of rural population. According to KPMG report, 32% hospitals and 16% beds are available in the rural areas where nearly 75% of the population resides. 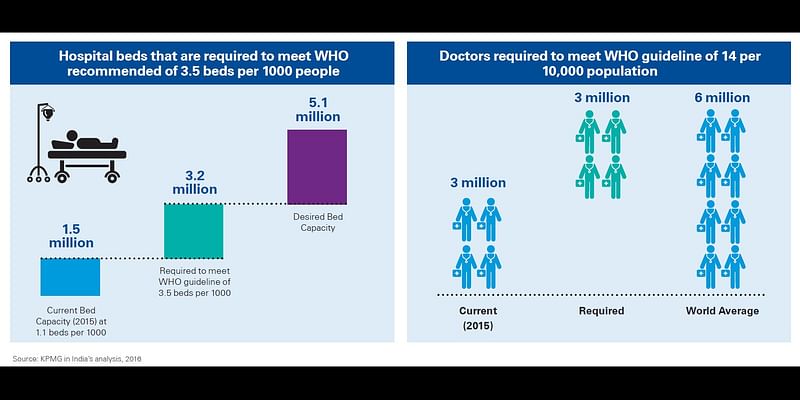 “The country observes 253 deaths per 100,000 people every year due to communicable diseases, which is higher than the global average of 178”

Another major concern for India’s healthcare sector is the low level of medically insured population. In India, only 20 per cent of the population has medical insurance. Due to low insurance penetration, over 60 per cent of the total medical costs are by and large paid by people from their own reserves whenever they seek care.

Moreover, health insurance covers less than 5% of total health expenditure and most of these insurance plans are largely limited to covering inpatient hospital care as opposed to primary care services needed to treat chronically ill patients.

The formal private network is a minuscule component of India’s health sector and is focused on secondary and tertiary care for urban India. So the expenditure in primary care and preventive care is very very low.

Healthcare players traditionally do not prefer to keep their prices transparent, unlike other industries which has since matured and the information asymmetry has reduced. Due to this there is widespread dissatisfaction, unhappiness and frustration amongst public about the high cost they pay and services they get in return. 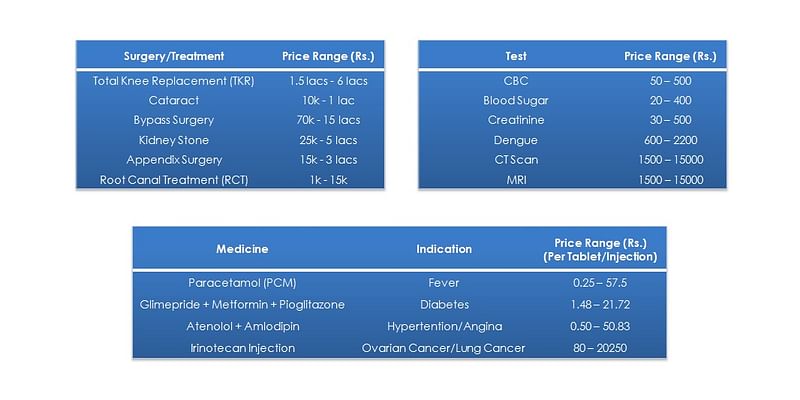 “In some cities the costs of TKR (Total Knee Replacement) can literally bring you to your knees. Customers pay 4 times the import price of knee replacement kit (Western made implants)”

Do you know the reasons for such price differences? Do you ask your Healthcare Service Provider? Do they provide the right information? All in all there is a lack of transparency and there is a need to bridge this gap.

WHO defines health as “State of total physical, mental and social well-being and not a mere absence of disease or infirmity.” But, in India, there is no such health well being.

We humans have an innate tendency to not even think about our health until we get really sick. As a result, we do not buy health insurance, but are prepared to spend heavily on hospitals, while almost completely avoiding expenses on primary care and early diagnosis to treat incipient conditions.

Majority of India’s population is young. (65% of India is under 35 Years of Age) But they hardly care about their health which has led to rise in Lifestyle diseases especially in Urban India.

Start-ups are characterized by low profitability with a large number of healthcare startups are struggling to break-even.

Domestic start-ups currently lag behind their global peers in terms of innovation and business offerings, which could be one of the reasons for muted investors’ interest within the domain.

The slow pace of growth in the sector drives investors to other sectors.

Despite severe challenges (or may be because of them), the Indian healthcare sector could become one of the most fertile test beds for technology innovation around the world.

India desperately needs a holistic care system so that Healthcare services could be made easily accessible and affordable for the general masses. For affordability, insurance alone can’t address the challenges associated with expenses, such as consultation with doctors, diagnostic tests and medicines.

Technology convergence in healthcare is therefore expected to play a key role in improving accessibility, and meeting the challenges of infrastructure and manpower shortage.

Due to the emergence of new healthcare delivery models, the sector is able to offer a number of opportunities to various entrepreneurs across the country. Digitization and technology are so likely to bring in transparency and increased awareness amongst patients and could result in better quality treatments.

Hospitals should to adapt to advanced computing power and intelligent systems to augment human intelligence for disease detection and treatment. In the time of reduced Doctor-Patient / Hospital Bed-Patient ratios use of AI (Artificial Intelligence) is need of the hour rather than traditional human dependent systems.

Healthcare startups now need to take a step beyond the discovery and aggregation platforms, to emerging technologies, such as ‘Internet of Medical Things’, which could help connect primary medical centers in Tier-II and III cities to specialists in metro cities using cloud computing. Start-ups may also benefit from a shift of focus towards innovation in areas, including low-cost medical devices, preventive care, life-saving equipments/drugs and analytics.

Apart from Technology, increasing private investment in healthcare for broader and more comprehensive insurance is necessary. Developing subscription-based primary healthcare clinics and plans are one of the options.

New delivery models in healthcare are held back not by a lack of technology but by resistance to change in how care is delivered, the ways in which medical professionals and institutions operate, and how different stakeholders in public health work together.

“Hospitals — Doctors — Pharma Companies — Diagnostic Labs — Chemists Nexus is a worst kept secret. They tend to favor the Status-quo and resist the disruption.”

The healthcare sector needs to be liberated from the institutional and human shackles that inhibit the transformative power of technology.