What my career has taught me about bullying 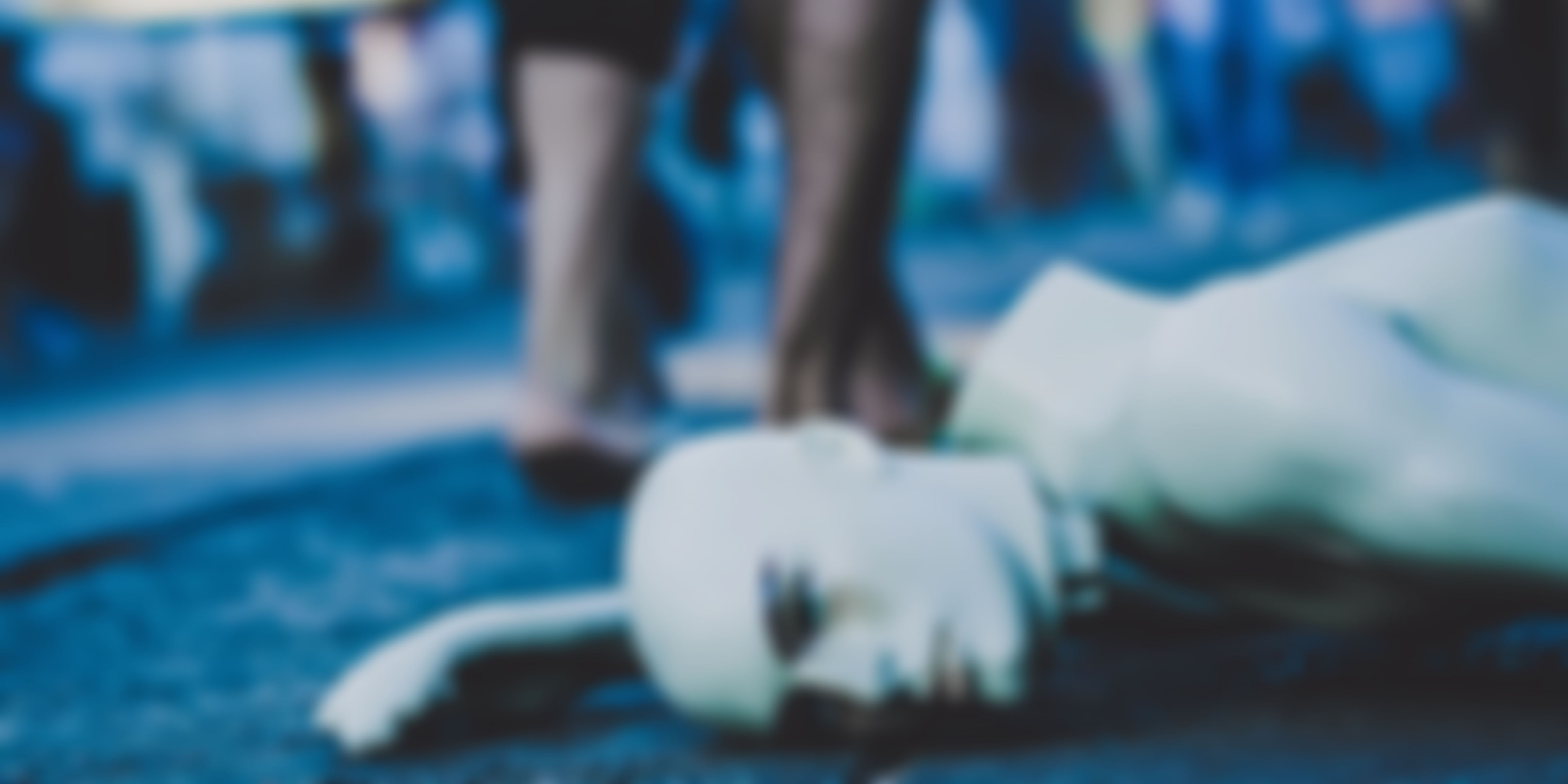 Human beings are Freudian porcupines that huddle together to get warmth but end up pricking one another. To survive, you need to be calm and fight back intelligently to maintain boundaries.

“Bravery without forethought, causes a man to fight blindly and desperately like a mad bull. Such an opponent, must not be encountered with brute force, but may be lured into an ambush and slain.”  These immortal words from Sun Tzu's Art of War is everything a bully relies on.

A week after I had opted out from manipulating the revenue achievements so as to force-fit the ever elusive hockey stick curve for an investor pitch, I was put on the stand by the CEO to answer for a delayed deal. This client, a conglomerate based out of South India, had demanded certain customizations in our standardized product. Before entertaining any such requests, it is a rational practice to assess its fit with the product road map, terms of delivery, support standards and price implications. But my call to complete this assessment before accepting a purchase order was termed as “suicidal” and “against the interest of the company”. 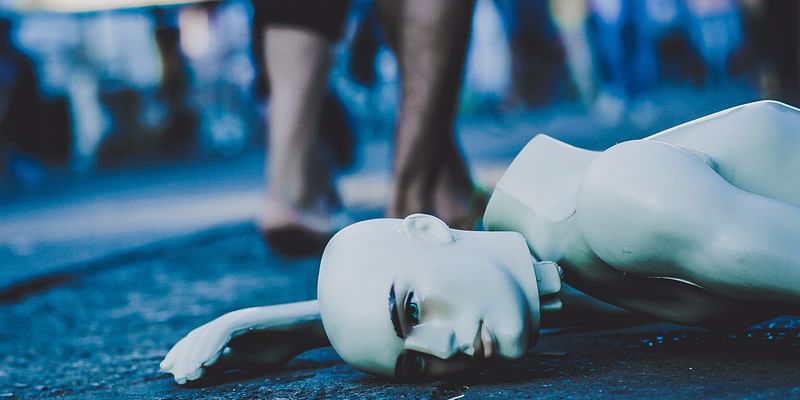 In the US,  workplace bullying  causes annual loss in productivity on an avg. worth 6 billion USD  : US  Bureau of National  Affairs

In the months that followed, quite often my name was missed out (apparently by mistake) in the calendar invite for crucial meetings. The timing of this flip-flop in the tone of the management wasn’t coincidental. The battle lines had been drawn. These recurring incidents were meant to intensify gradually with the end goal of undermining performance and justifying the termination of a “potential trouble maker”. Too bad that their target was equally well versed with the Art of War . With record sales and industry recommendations under my belt, I bid farewell to that hostile work environment at the time of my choosing. Only the awareness of the menace of workplace bullying had helped me to come out of it unscathed.

Unlike isolated conflicts which might be a result of clash of personality or management styles and can spur creativity if channelized effectively, workplace bullying is sustained targeted hostility (top down, peer to peer or bottom up) that can debilitate the health of the entire organizational culture.

Spreading rumors to undermine reputation, withholding important information, allocating tasks not as per skills, not giving credit for someone’s work, mocking the performance or character or physical appearance in front of a larger group are some of the classic examples of workplace bullying. Healthy conflicts occur in an environment which has clearly laid out organizational objectives and roles, explicit interpersonal relations and clear communication. You will not only be challenged but also supported to extract the best out of it. However, red flags for bullying should be immediately raised when such confrontations involve organizational flaws, unethical behavior, unclear communication and covert actions.

Beware of “gaslighting” – a behavior in which the bully will completely deny the existence of conflict and manipulate you into believing that “it’s all in your mind”.

I learnt about bullying the hard way. Years ago, I had to take one month off to recoup from a miscarriage. On my return, a female manager seemed very supportive until she mocked in front of another senior that apart from my face, nothing in my body functioned like that of a twenty five year old. My silence encouraged the bully’s behavior which in turn had serious after effects – psychopathologic (anxiety, concentration problems, nightmares), psychosomatic (hair-loss, acute chest pain) and behavioral (social isolation, eating disorders). By the time I reported this to the human resources department, I was so emotionally drained that I couldn’t even properly present the documented evidence of bullying.Based on my work record, I was immediately offered a transfer. Since I was also going through a personal crisis in the same time period, it was difficult for the organization to hold this bully accountable for my loss in productivity. The bully got promoted and still works there.

That experience had taught me a very important lesson: human beings are Freudian hedgehogs that huddle together to get warmth but at the cost of pricking one another. There’s no point feeling upset or betrayed. To survive, you need to learn to be calm and fight back intelligently to maintain boundaries.

Common knowledge is that poor performers often cause frustration for the supervisors who under the pressure of team goals might be pushed to deploy bullying as a management style. That’s not entirely true. Mostly passive aggressive bully bosses have a high Social Dominance orientation and seek to reinforce power imbalances. Any upcoming subordinate who performs beyond expectations and garners resources (attention from higher ups and advancement opportunities) paints himself red as the target. Since they can demand unquestionable loyalty even when their actions are against the interests of product, staff, customers and may be the organization as a whole, it is advisable to not cry foul and instead manage stress through alliances, perform to your best and simultaneously plan a graceful exit strategy (into another team or another company).

Is this such a serious problem after all? Research in the United Kingdom pointed out that increased absenteeism due to bullying at work caused an annual loss of 15 billion pounds to the economy. Once the expenses of health care, litigation, employee turnover and retraining had been accounted for, the island nation had finally woken up to this silent epidemic.

If “Mental Health at Workplace” is the pledge taken on this year’s World Mental Health Day (October 10), our country would do well to promote an environment free of workplace bullying. If employees are going to war every day, organizations should accept the responsibility for not doing enough. Personality profiling can be done for teams to predict the likelihood of bonding or fracturing. Agreed behavioral standards should be clearly communicated, reviewed and updated. Training on people management, emotional intelligence and handling conflicts make employees – both victims and perpetrators of bullying – more aware. Some organizations have performance appraisal linked to anonymous peer to peer and bottom up surveys, informal/formal complaints and consequence free exit interviews.

However, in times of downturn and cost cutting measures or under the leadership of bully CEOs who fail to understand the impact of bullying on bottom-line, the management may not be co-operative in implementing anti-bullying reform. The government could step in here and borrow from the Australian experiment of laying out a code and extending the employment tribunal’s jurisdiction to hear cases on workplace bullying. For India, the logical starting point could be a well informed debate and research on this subject.

Bullies are intelligent. Bullies are fashionable. Bullies are idols. But bullies are bullies. The day I realized that the concept of career and “getting ahead” was way over-rated and not a metric by which the quality of my life could be gauged, I junked the fear of losing my peace of mind over a bully and thus had destroyed his main weapon.

After all, “the greatest victory is that which requires no battle”. All hail, Sun Tzu !