The house wasn’t salmon pink like it used to be. 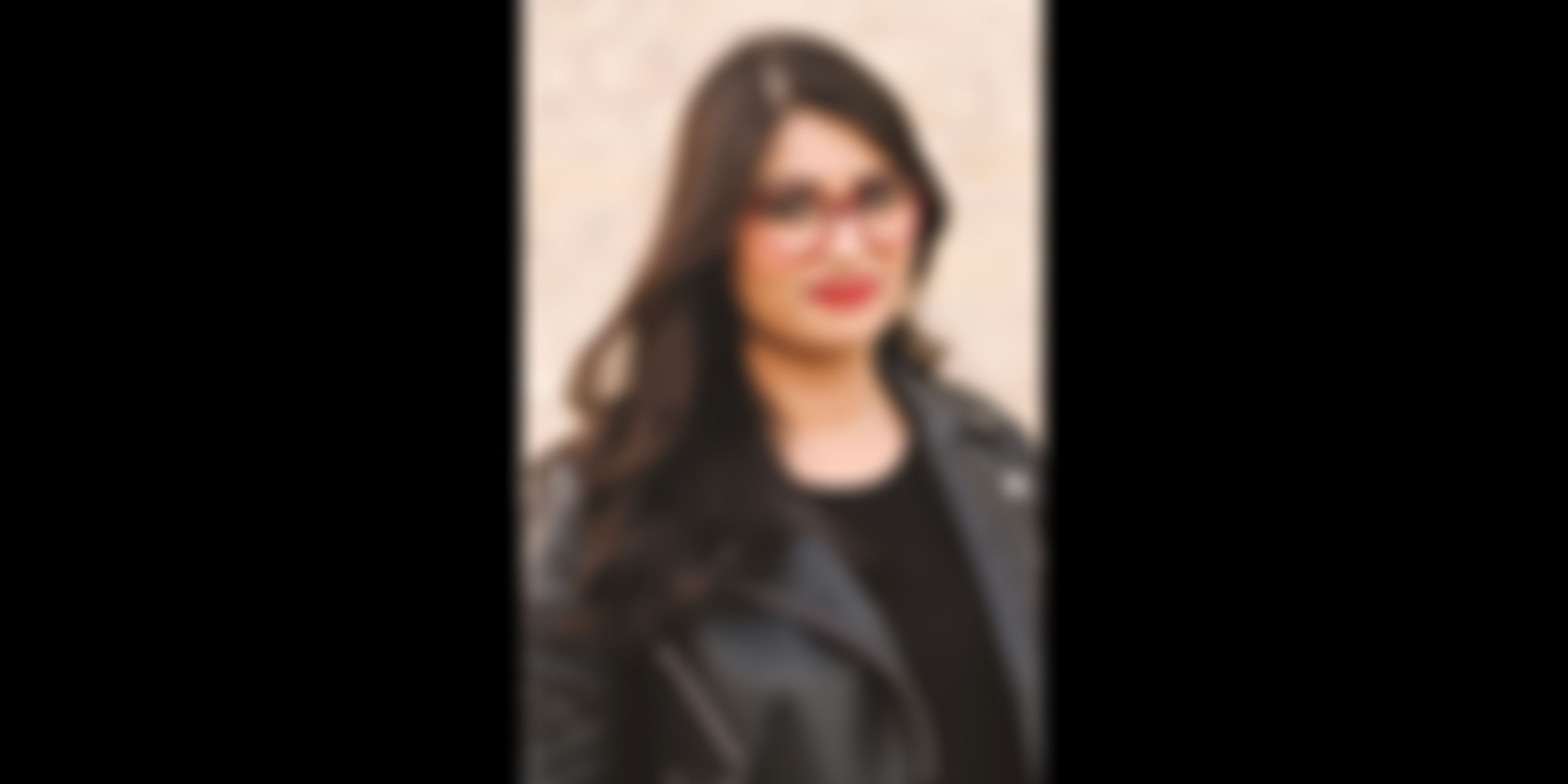 Scaachi Koul talks in her book, One Day We'll Be Dead and None of This Will Matter, about being an immigrant

I have heard only three stories about my grandfather.

The first is that he built the dusty red two-bedroom home in Jammu’s Talab Tillo neighbourhood in 1964. His hand in building the house is maybe why it’s taken everyone so long to sell it and move on. My dad is the eldest of three children, and he took over the house after he married my mom in the late 1970s—it’s customary for a new bride to live with her in-laws. Chacha was away at school in another city, and Bua married a month after my parents did, so for a while, it was just my mom and my dad and my grandparents in that house. Years later, when my father would leave for Canada (my mom and brother would join him a year later), Chacha would take over the home as the patriarch. The second story is about the night he died, on his roof, while my grandmother was changing my brother’s diaper. I can’t remember what I’m supposed to call my grandfather because I have never had to call him—I was born nearly twelve years after his death. I became my family’s new roots, digging deep into a Canadian culture that loved beef, farming, whiteness—the opposite of what my family knew.

We returned to the house recently. In the time since our last family trip to Jammu, more than ten years earlier, the last of my grandparents had died, my cousins had gotten married, my brother had married and they’d had Raisin. I don’t know if anyone else wanted to see the house, but it was the only place I felt I remembered or felt connected to. Everything else in India feels so separate from me—I wasn’t born there, I never lived there, I don’t understand what anyone is saying, but I remember the house. Besides, Chacha was trying to sell it, so it felt important to visit it for what would likely be the last time. 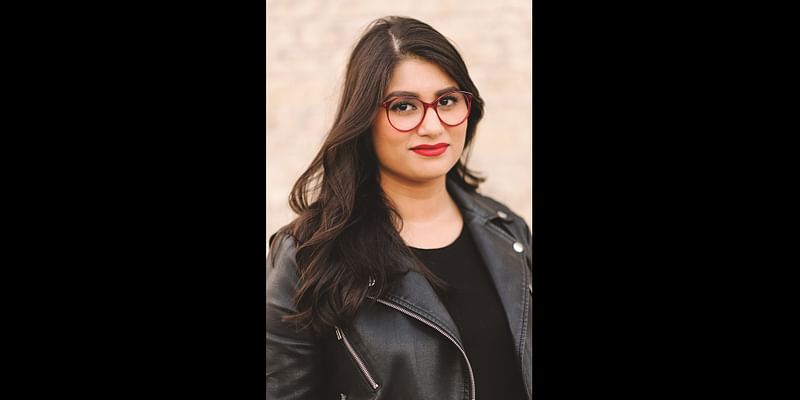 Scaachi Koul was born and raised in Calgary, Alberta, and is a culture writer at BuzzFeed. Her writing has also appeared in the New Yorker, the Hairpin, the Globe and Mail etc.

In my memory, the old house was bright pink, a more saturated colour than our house in Calgary, with the windows always flung open, the door as wide as I was tall. I remember the path that ran from the black front gate to the entrance was a mile long, and the high ceilings, and the green acre of land they had for a backyard. As we walked down an unlit alleyway to the house at dusk, nothing looked familiar. Mom walked next to me, watching my face instead of watching the road (which is dangerous if you’re averse to stepping in actual bullshit). She was waiting for my expression to light up at the familiar sight of a fence or an awning or a window, but nothing connected. Mom’s pace slowed as we approached a black fence that I remembered being on the other side of the road. And wasn’t the entrance right on the corner? And wasn’t the gate big enough to let a car in and not, say, a well-fed toddler? “This is it?” I asked Mom. “Well, what else?” The house wasn’t salmon pink like it used to be. Instead, it was a grey, dusty rose. It was smaller than I remembered, too, but then everything is when you return to something you knew when you were much smaller yourself. Ivy was growing all over the side, and the renters had put up a sign promoting the computer classes they hosted there, something Chacha permitted for free until he can sell the property. The grass looked grey too, though admittedly, it had been a chilly winter. The front door was padlocked shut. The side door that my cousin and I would bolt out of to run up the stairs to the roof was locked too, and so narrow that I didn’t know how I ever fit through it. My dad’s cousin walked around to the side door and asked me to shine the flashlight from my phone onto the lock so he could find the right key. When he unlocked it, the door stuck until he wrenched it open, and then he waited for me to walk in. I had to tilt my body sideways to enter. The kitchen table took up more of the front room than I remembered. The master bedroom and living room were filled with little desks and old computers. The windows were boarded up. The light was dim and yellow, the way it always was at night because of rolling brownouts that everyone in the country seemed used to. Raisin ran between rooms, touching everything in the exact way we had all expressly told her not to because her hand inevitably ends up wedged inside her mouth seconds later. We stood in the middle of the house and took up more room than I thought we should. “This is smaller than I remember,” I told my dad, and he laughed. “See the ceiling fans?” he said, pointing up. “We used to just have the one for the longest time. Even in the summer.” The ceiling was peeling now, the fans broken, and all the bedroom doors were locked. My father’s cousin went around opening the doors, all except the one to my grandmother’s old bedroom. He said he didn’t have the key for that one. My cousins had shared this room with Behenji, so the door was covered with stickers of Daffy Duck, their own drawings of cartoon Hindu deities, and clippings from children’s magazines.

On another door was a drawing of Ganesh, apparently done by my cousin and me. Our names were written at the bottom of the picture, but I don’t remember doing it, or know why Chacha would have kept it on a door in the house for a decade. My dad pulled a stool away from next to the fridge (squat, small, still as small as I remembered) and sat while we all stood. He looked at the kitchen door and then leaned back with his hands wrapped around one knee. “In the summers, we would take a few bottles, jerry cans, and go to the canal outside,” he said. “Did you notice, it’s like a sewer? It used to be a beautiful canal where I learned swimming.” “It was gushing water,” Mom added. “Wonderful water, and it was ice cold. We’d go, dip the jerry cans in that. We’d have ourselves a little meal and we’d have cold water. It was bucolic!” He talked about mango season, about how his dad built this house. I walked around the house again, alone, while my mom told my sister-in-law the story of how my brother pulled a pot of boiling oil onto himself as a toddler, his skin  blistering but somehow leaving only a minuscule scar on his leg as an adult. (“I thought Chacha was going to kill me,” Mom said, because her priorities are bad.) I took the stairs to the roof and wondered who would let their children run up and down such narrow and crooked and curved stairs with no railing, unsupervised. The rooms upstairs were open but empty, just as they were when I last visited. The view was different too: countless new homes had been built, meaning more clotheslines, more distant echoes of children yelling. Fewer cows. Raisin called for me at the foot of the stairs: “Boo, where did you go?” I didn’t want her on those deathstairs without help, so I went back down.

When we got back to the main area, Papa was speaking, largely to himself, about maybe keeping the property and renovating it. “I could come here in the winters. All it really needs is some fresh paint. Or, well, not really, we’d have to build the whole place up again.” My mother and I shared a furtive glance because this is something he says every few months, anytime something reminds him of home: Maybe we should move to India? Plenty of the baby-boomer men in my family have said this: hit sixty and decided it was time to return to a place they left thirty, forty years ago. They never follow through, though, because what they’re missing isn’t the place, the way the sun hits the palm tree outside your window, the way that hot weather always makes the air look reddish, even at night. What they miss are people who are long gone, a version of their lives where they were ten and dipping jerry cans into a canal, and brothers and sisters still lived together in the same house without children, needy goddamn children who don’t speak Hindi or Kashmiri and don’t even know what a kitab is when you threaten to hit them with one. Old world, yes. So old it’s unattainable. I suspect that even our relatives who stay in India miss this too. My dad hated India and he always wanted to leave. Whenever we visit, he throws little fits about cleanliness of towels, or cockroaches found dead in corners.

“How did he survive here?” I asked my mom during one spritely fit about the way the towels at our hotel were folded. “Why do you think he left?” By all standards, my father’s new home in Canada and my uncle’s new home in India are “better.” Papa’s house is bigger, heated consistently, and we have had only two blackouts that I can remember due to weather and not common circumstances. I got my first computer at twelve and the internet was lightning fast. Indians who move to North America chirp, “Better life, a better life!!!!” nearly constantly at their children, largely when their westernized asshole children misbehave. But the only way to do better, to have better, is to lose pieces of what was. It’s inevitable that you can’t bring everything with you, like carrying water in your cupped hands from one river to another. There are too many cracks, and if you’re so eager to move, you’ll just have to get used to new water.

The third story I have about my grandfather I heard while we were standing in the main room next to the sink at Chacha’s old house where we used to brush our teeth and wash our hands. My dad sighed heavily and pointed at the mirror hanging over the sink. “I can still see my dad, sitting in front of that mirror and shaving.” His voice cracked and he rubbed his eyes. “My mother would be across, over here in the kitchen cooking. And he would sit on a little daybed and I would watch him shave.” He coughed and rested the weight of his head on two fingers.

“I should keep that mirror.”

Excerpted from One Day We'll All Be Dead and None Of This Will Matter by Scaachi Koul with permission from Penguin Random House India. You can buy the book here : https://goo.gl/TdWRPx 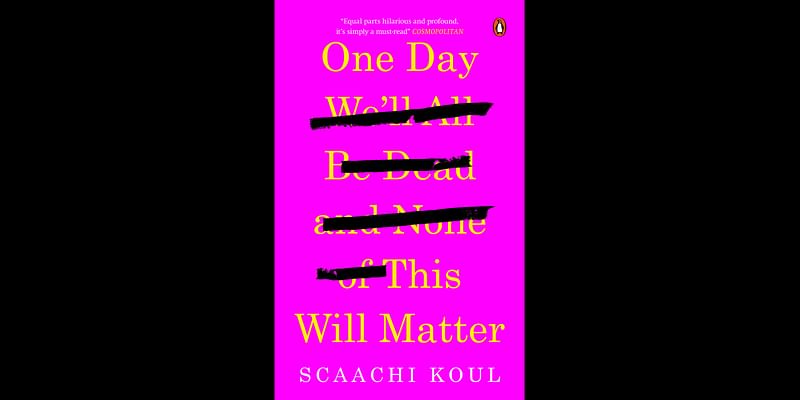 Robotic Process Automation and its relevance in HR Tech