Straight From The Drucker 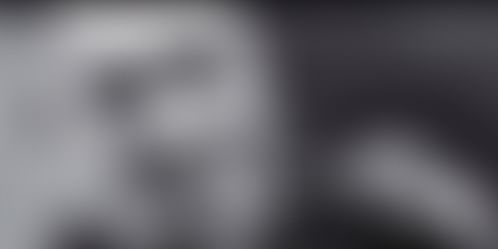 Peter Fredinand Drucker was an Austrian – born American management consultant, educator and author whose writings contributed to the philosophical and practical foundation of modern business corporation, he invented the concept known as management by objective, he has also been described as “the founder of modern management”. His teachings always attract management scholars and thinkers from all walks of life because of which he is still known as highest authority on management. In this article i am sharing his core ideology which can make a big difference on both strategic and executory confront.

Drucker said that the new reality is knowledge. It is the key resource in the society and knowledge workers are the dominant group in the workforce because of 3 reasons –

1. Borderlessness, because knowledge travels even more effortlessly than money.

2. Upward mobility which means it is available to everyone through easily acquired formal education .

3. The potential for failure as well as success. Anyone can acquire the “means of production” – that is , the knowledge required for the job – but not everyone can win.

He later emphasised knowledge as the new capital which will be indispensible factor to determine the nation’s growth and development. He said that knowledge should not be limited to data or information rather it should be generated from long and lasting brainstorming sessions where both superior and subordinates sit together and generate innovative solutions.

Teams are very much in vogue. It is, therefore, important to know not only when the team is the appropriate design principle but what kind of team is appropriate for given task . There are basically three kinds of teams. First, in the baseball team, each player is a specialist, plays mostly as an individual, and rarely leaves a fixed position. The surgical team is an example of the first kind of team. The second kind is the football team, where each person has a speciality but each performs their speciality in parallel as directed by the coach, and teamwork is the critical to success. The team of professionals that care for trauma unit is an example of the second team. Finally, the third kind of team is the tennis doubles team, where the team members are trained in a number of positions and have considerable flexibility with respect to the contribution they must make to achieve the goal of the team . A Leader should always classify the tasks and the people and arrange them into specialised bodies.

Drucker believed that academics should be immersed in the real world, and he practiced what he preached by testing ideas on the ground. He preached the seven key sources where companies should always look for opportunity.

1. The Unexpected - Contingencies are the greatest source of opportunities, Unexpected success – galling to management, counterintuitive, rarely reported things can find out next big opportunity.

2. Industry and market disparities over time or geography - Customer value proposition, even small change in their choice and preferences and even technological booms can bring other revolutions.

3. Incongruities – Internal misperceptions and customer expectation gaps are the biggest source of learning from the past to generate the quest for perfection.

4. Process Vulnerabilities - Weak link in process and system loopholes can be a major roadblock can bring technological vulnerability.

6. Perception and priority which changes that shift buying patterns of individuals which can work as potential.

7. New Knowledge – Expensive innovation with long lead times and risks along with application of knowledge and information in new areas.