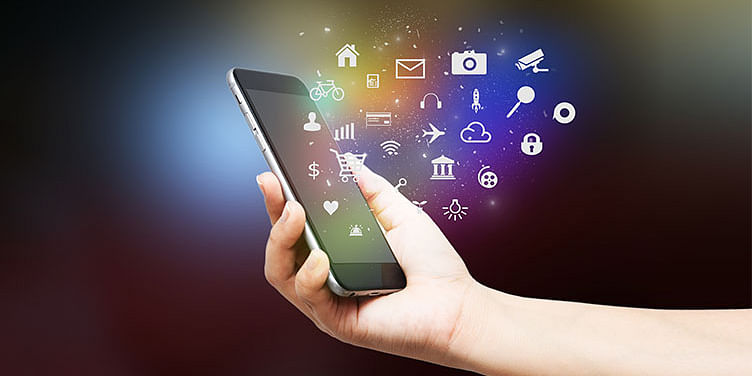 Explore the potentials of top mobile app development tools and technology – to develop an app faster.

Whether you’re a baby boomer, a Gen-Xer, a Millennial, or in Generation Z, in our 21st century, we all want our desired things or results as quickly as possible.

And when it comes to mobile app development – businesses demand mobile applications that are lightning-fast and provides seamless user experience.

I being a tech enthusiast, have been researching a lot on which are the best mobile app development technologies that help build user-friendly applications with less development efforts and are blazing fast.

Surprisingly the results were quite interesting. There’s nothing like ‘one’ technology that would help you build the best-in-class mobile applications.

With the blend of different technologies, effective coding skills, and features of different frameworks, you can develop the mobile application you and your consumers desire.

According to Statista, mobile applications are projected to generate $189 billion in revenue by 2020. And almost 57% of digital media usage happens from the mobile application. So to stay competitive in the ‘mobile-first’ era, you need to reduce your application development time and market time-to-launch.

Without wasting more time, I want to show you how using different tools and technology you can develop a top-notch mobile application.

Although I suggest using Swift because it is more stable because of its inline support for manipulating text strings and data, other than that, Swift is a less error-prone coding language.

It also includes dynamic libraries that are directly imported to memory, which reduces the initial size of the device and ultimately improves the performance of the mobile application.

“In third quarter of 2019, there were total 2.47 million apps in the Google Play store, making it worlds biggest mobile app store, while iOS app store had 1.8 million” - CDN

Java is a trustworthy programming language for supporting developers with massive open-source tools and libraries.

OpenJDK is Java’s primary implementation to date, and above all – Java is app developers’ most favored programming language when they need to build native Android apps. Because it is easy to manage, and there are many open-source libraries available for developers.

Mobile apps with HTML5 have apparent advantages. I found that they can be inexpensive and simpler to build – since JavaScript is known to many. And because JavaScript runs on any browser, any mobile device will have an HTML5 app running. When the software is native, you can take advantage of all the numerous built-in elements of the application underlying the platform.

Corporate developers use HTML5 to make the mobile app development process less time-consuming, cheaper, and seamless, making it easier to support multiple devices in the traditional business environment of BYOD (bringing your own device).

PHP is an object-oriented language easy to code and uses a three-layered model to help build interactive mobile apps and web applications. It works well for apps needing integration into the database.

There are a range of innovative technology tools available that are looking to build their own mobile applications. These developer tools are excellent for designing mobile software from scratch.

Framework7 used to be just iOS, but now it also provides Android support. If you want to build an app that even on Android looks and feels like a clean iOS app, then Framework7 is for you.

As long as you already have good knowledge of HTML, CSS, and JavaScript, then it is easy to understand. Part of Framework7’s features includes the Material Design UI, a custom DOM library, native scrolling, 1:1 page animation, and XHR caching and preloading.

Xcode introduces a new approach to mobile application design and development. Swift is an exciting new programming language for Cocoa and Cocoa Touch, which allows programming a fun live experience when paired with Xcode software. Live rendering in the interface-builder shows the handwritten UI code within the design canvas.

As per report in 2020 retail marketers will spend $33.12 billion USD on mobile ads- Business2Community

Few features and advantages of Phonegap are:

BuildFire is one of the few high-performance mobile app builders do-it-yourself that supports both Android and iOS phones and tablets.

With pre-built features such as direct integration, pre-existing templates, and 45+ plugins, BuildFire can shorten the app development launch time by months or even years.

Google’s open-source, cross-platform SDK offers a wide variety of plugins and enables the creation of mobile applications for both Android and iOS platforms.

The ‘Hot Reload’ feature of Flutter is super-handy for developers because it makes the changes noticeable in the app itself. Since the modifications made are visible in seconds, developers can address the bugs in no time.

To conclude, I must say the significance of the development of mobile apps in business is very palpable. Smartphone apps have changed the way we do business. These apps have made it easier for consumers to access business information at light speed while staying linked and up-to-date with their favorite brand.

I hope this article has helped you find a great mobile app development tool for your business or company.

Let me know via comments which application tool or programming language you will use to create a high-class mobile application.