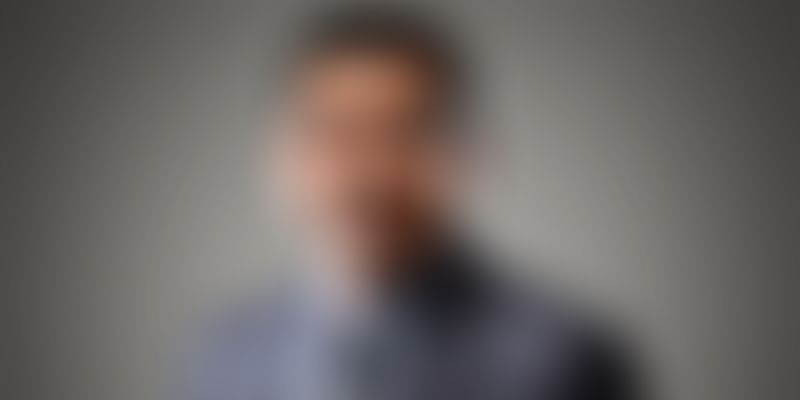 When Elon Musk’s Tesla entered India and set up a subsidiary in January 2021, it was like a stamp of approval for the nation’s burgeoning electric vehicle (EV) industry. The US-based electric car giant is setting up its manufacturing unit in Karnataka, said Chief Minister BS Yediyurappa recently.

The government has set a goal of 30 percent EVs by 2030, and the EV industry is working to meet this target. Numerous EV companies and startups such as Okinawa, Crayon Motors, EbikeGo, Mobycy, Tunwal, Deltic, and Lohia have hit the ground running.

The businesses listed above have one thing in common - they all use Made in India Li-ion batteries manufactured by Delhi-based iPower Batteries.

The company’s energy solutions are popular among EV startups as they are swappable and modular, and come with advanced tracking, geo-fencing, remote monitoring, battery immobilisation, active and passive cooling and control, etc.

In an interview with SMBStory, iPower Founder and MD Vikas Aggarwal says: “We empower the mobility space in India by providing batteries, chargers, and other allied products. Our vision is to become an end-to-end energy provider for the ecosystem of EVs. We have products for various segments such as electric two-wheelers, e-rickshaws, electric autos, electric cycles, and solar applications.”

How it was started

iPower was started by Vikas Aggarwal and his wife Chavi Aggarwal in December 2019 and recorded a turnover of Rs 50 crore in its first year. One reason for this is that Vikas’ family business, Computech Systems, has been in the energy storage and power conditioner trading business for three decades. Vikas worked with Computech, but he felt the need to sell high-quality batteries for the EV market.

“I understood that the era of mass usage of non-renewable fuels for commuting was soon going to end. It was time we moved towards sustainable forms of energy, and the best way was to go electric. As for battery providers, we wanted to play our part in giving India a push towards the right path of going electric and fuel its electric mobility revolution,” Vikas says.

Venturing into this space came naturally to him as he could draw from a wealth of experience in the battery manufacturing industry, based on his time with the family business.

Investing savings, liquidating several unused assets, and taking some help from banks, iPower was set up with Rs 2.5 crore in 2019 under parent company Computech. “We have now invested Rs 20 crore and hope to double it in the next two years,” Vikas adds.

iPower’s 50,000 square feet manufacturing facility is in Kundli, Haryana. It has set up the infrastructure required for manufacturing, testing, and validating the products from inventory stage to outgoing goods.

“Our manufacturing facility has the potential to customise the manufacturing process in line with the customer’s requirement. We provide tailor-made Li-ion batteries for OEMs to cater to their specific needs. These batteries are manufactured using best-in-class NMC and LFP cells,” he says.

With its existing infrastructure, iPower claims it can make 500 battery packs per day, and that it serves 15 of the top 20 EV two-wheeler makers in India.

“We have also created an intelligent swappable battery with heat dissipation. This battery can be used for both two-wheelers and three-wheelers,” Vikas says.

iPower’s batteries have a pack capacity of 1 kWh to 10 kWh and range from a 3.6V to 72V architecture. Its energy solutions also find use cases in industrial batteries, medical instrument batteries, weighing scale batteries and other segments. The Delhi company also claims it has set up over 200 after-sales service stations and charging solutions.

The company had to bring in experts from various countries to train its people. It also sent its team to visit international battery factories to learn how to make high-quality battery packs.

“Another challenge we faced initially was the high cost of this product. Even though Li-ion batteries are more efficient than the traditional lead-acid battery, which is a standard in India, their high pricing made it difficult for people to accept this product. Fortunately, this problem is being solved through various subsidies and initiatives by the central and state governments,” he says.

Li-ion batteries can prove dangerous if mishandled, and a customer’s vehicle once caught fire because they used an incorrect charger. Vikas recalls being relieved that nobody was hurt in the accident. He says the incident shook the team and inspired them to re-engineer iPower’s batteries with an extra layer of security and educate its dealers on safety guidelines.

When the pandemic-induced lockdown hit, iPower’s business slowed to a halt. Vikas claims nobody was laid off, even though sales were still down 60 percent in July.

“Instead of losing hope, we focused on R&D to build better solutions and prepare ourselves for the rapidly-growing EV sector. In hindsight, the lockdown was a speed bump, and we have bounced back to pre-COVID levels,” he says.

Post-lockdown, the Indian EV space is now heating up, with the likes of Ather Energy, Sun Mobility, GoGreenBOV, Darwyn Motors, Ultraviolette, OnnBikes, York, and others capturing eyeballs. Automotive companies like M&M, Tata Motors, and Hyundai are also betting big on the EV revolution.

According to the Society of Indian Automobile Manufacturers (SIAM), 1.52 lakh two-wheeler EVs were sold in India in 2020. About 3,400 EV cars and 600 EV buses were sold the same year.

iPower can play a major role in catalysing this revolution, and Vikas believes it can happen if the company focuses on improving its products rather than focusing on competitors.

“Our major competitors are [battery pack makers] Greenfuel and Livguard. However, we believe in learning from each other's mistakes and successes, and trying to provide the best products possible,” he says.

The company is aiming to play a pivotal role in building the larger EV ecosystem in Aatmanirbhar Bharat. It is placing its faith in the Battery-as-a-Service model (swappable batteries). “We are going to provide smart batteries designed for easy swap and customised for various swapping stations,” Vikas says.

From stitching in Dharavi, selling on streets, to getting funded by boss: 5 inspiring stories of Indian bag brands

From stitching in Dharavi, selling on streets, to getting funded by boss: 5 inspiring stories of Indian bag brands