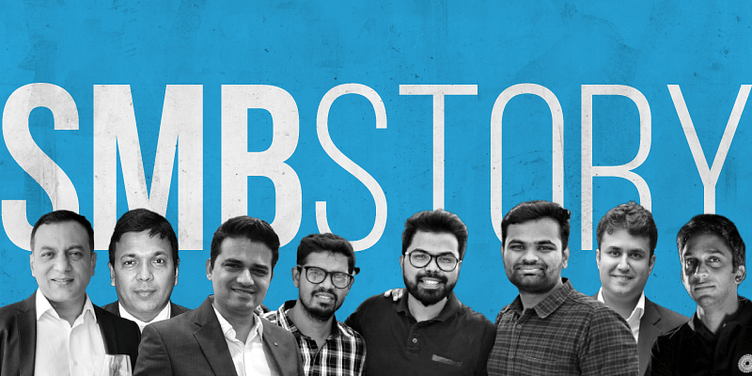 Despite the presence of established brands, these small and medium F&B brands found a way to become successful in their own, unique way. Here's how.

With the increase in nuclear families and changes in lifestyle, consumption patterns have transformed. Consumers have also become internet savvy and prefer to shop online.

And, the food and beverages (F&B) sector in India is working to keep up with these changes.

Besides evolving consumption patterns of consumers, the F&B industry in India continuously faces challenges such as rising food prices, wastage, lack of skilled manpower, high cost of compliance, and more.

Despite these perennial hurdles, the space has emerged as a high growth and high profit sector due to its huge potential for value added products.

The traditional retail format, characterised by the lakhs of kiranas and convenience stores, still dominates the F&B industry, according to a GrantThornton-CII report on the sector. The report adds that modern retail (selling through supermarkets and hypermarkets) still has a long way to go.

This evolving landscape has proved a battlefield for many large F&B brands that are vying to occupy the mindspace of consumers.

The competition between Nestle, Parle, Cadbury, Amul, and other behemoths is fairly public. But there are thousands of other small and medium players that are aiming for a larger piece of the pie.

SMBStory has drawn up a list of the top, small and medium F&B brands that are disrupting the sector in their own, unique way.

Indians prefer hard liquor or beer to other types of liquor, but wine has slowly grown in popularity. A Research and Markets report indicates that the Indian wine market is steadily growing at a CAGR of more than 25 percent from 2011-12 to 2016-18. Further, this period observed an increasing awareness of wine brands in India.

Seeking to introduce Indians to wine in 1989, entrepreneur Kanwal Grover and his business partner George Vesselle started their first vineyard at the foot of Nandi Hills, near Bengaluru. The vineyard, named after Grover, produced the first batch of vintage wine in 1992.

The brand's unique wine-making process is intricate and relies largely on machinery and barrels imported from France and Italy.

Over the years, Grover Zampa leveraged its innovative wine-making to emerge as India’s second largest overall wine-maker after Sula Vineyards.

Contrary to popular belief, India is a non-vegetarian country. Around 80 percent of Indian men and 70 percent of women are non vegetarians, according to an IndiaSpend analysis of national health data.

Amit Bajaj's disruptive company Vezlay is positioning soya as the vegetarian alternative to meat. It is seeking to attract the growing population of health-conscious Indians who are looking to cut down their meat consumption.

Vezlay has a wide range of ready-to-cook veg meat products made from soya. Some of these are soya seekh kabab, shami kabab, nugget, chops, and leg pieces.

The 50-member company is selling its veg meat products through various mediums such as retail and selling directly to restaurants and end-consumers, exhibitions, trade and fairs. "Our products are sold pan-India and we also export to the US," Amit says.

In the year 2000, Akhil Gupta, 51, established Shri Bankey Behari Foods to cater to airlines’ growing demand for welcome drinks. He continued supplying juices to airlines for years, but by 2010 identified a demand-supply gap in the juices and packaged fruit drinks market: there were not many big players with a wide range of flavours, cost-effective offerings and robust presence operating in small cities.

Amidst competition from food giants, Gupta decided to enter the market with his own offering, Fresca Juices. Fresca Juices then disrupted the market by targetting small cities and built a strong presence in India’s northern states, including Delhi, Haryana, Punjab, J&K, Himachal Pradesh and Rajasthan, among others.

In 2013, Viraj Bahl decided to start a sauce business, which he felt was a highly neglected but important segment. Despite the presence of major sauce brands Maggi, Kissan and Tops, Viraj wanted to tap into a market estimated to reach more than Rs 2,000 crore.

Be it pizzas, tacos, fries, kebabs, or vadas, sauces and dips become taste enhancers, elevating the dish. Viraj, therefore, wanted to start Veeba in this segment.

Veeba’s USP became sauces with lower fat content, be it its fat-free mayo or chipotle sauce. Viraj claims that Veeba’s sauces keep the fat level low compared to other sauces in the market, and that has caught the attention of a lot of consumers.

The convenience food segment was pioneered by Gits Food, the first company to disrupt the traditional food segment by introducing instant mixes (ready-to-cook) in India. In 1963, two friends, HZ Gilani and AK Tejani, had launched Gits Foods with the objective to ease and quicken cooking processes without compromising on health.

A successful business journey saw the company diversify into the ready-to-eat and dairy categories as well. Now, Gits’ products are widely distributed across India and over 40 countries. Now a third-generation family business, the Mumbai-headquartered firm is still spearheaded by members from the Gilani and Tejani families.

Spearheaded by United Breweries' Kingfisher lager, beer has become one of the most popular alcoholic beverages in India. On the back of Kingfisher's large market share, as well as the popularity of Carlsberg, Tuborg and Budweiser, the Indian beer market is expected to grow with a CAGR of 9.9 percent over the forecast period 2019-2025, according to a Research and Markets report.

However, craft beer made by breweries such as Mumbai-based White Owl has also grown in demand, owing to the extra focus on experimentation, unique flavours, and quality. This craft beer segment in the country is expected to reach $900.0 million by 2024, according to a report by Goldstein Research

White Owl founder Javed believes that using the best ingredients and equipment along with natural fermentation and aging separates the brand's premium craft beer from the lower-cost and mass-produced beers which are dominating the market.

Going by White Owl's pricing, Javed believes the brand doesn't have any direct competition other than a few other national craft beer companies in a highly under-penetrated space.

Over the past few years, India’s frozen food industry has evolved from featuring basic frozen vegetables and french fries to boasting a wide range of products. It is common to see frozen fruits, vegetables, meats, snacks, and full meals at the local supermarket.

Brands such as Innovative Foods, McCain Foods, Venky’s, Godrej Tyson Foods, and a few others have been instrumental in developing India’s frozen food market, which reached a value of around Rs 74 billion in 2018, according to an IMARC Group report.

Innovative Foods (which runs the Sumeru Foods brand) has a history of disrupting the traditional packaged foods industry by convincing consumers that frozen foods are healthy too. Besides not adding any preservatives and colours, Sumeru uses an Individual Quick Freezing (IQF) technology. Here, each piece of produce is frozen individually through a process that deactivates the enzymes in the food.

And Sumeru’s disruption could have come at just the right time: various factors such as changing lifestyles, increasing disposable incomes, deeper retail presence by organised players, and more, are turning the attention towards frozen foods.

An IMARC group report showed that the Indian milkshake market is expected to grow at a CAGR of 25 percent during 2019-2024, driven by numerous factors such as a large young population, changing lifestyles, convenience, value addition, health consciousness, etc.

The young founders of Shakos milkshakes knew they'd be up against the likes of Amul, Cavin's, Hersheys, Keventers, and more if they wanted to enter the space. But they saw a big opening in the Chennai market.

"Before we started Shakos, we saw milkshakes in Chennai were overpriced, or their quality did not justify the price point. We saw this as a big opportunity for milkshakes which balanced good quality with affordable prices," they say.

The established milkshake brands had larger investments, but once launched, Shakos was able to disrupt the market and become successful because it met the price point consumers were looking for. With its range of food products and pricing model, Shakos recorded Rs 1 crore revenue just over a year after launch, and is targeting Rs 5 crore by the end of this year.

The Indian spices market is worth Rs 40,000 crore each year, but the branded segment makes up only 15 percent, says a Research and Markets report.

It is in space, Kwality Foods is competing with MTR, Badshaah, Catch, Everest, Ramdev, etc. But the existing organised sector as well as the unorganised sector is being disrupted by the Bengaluru-based company's strategy for local manufacturing and focus on tier I and tier II cities.

“With the revolutionary change of making things in India, our selling point was that we are made in India. Further, we don’t add any artificial colours/flavours or preservatives to the products,” says Kwality Foods founder and managing director Naresh Pagariya. Long working hours and the increased share of working women are some of the reasons behind the focus on tier I and tier II cities, he adds.

In general trade, Kwality claims it has over 450 distributors across South India and West India with over 35,000 domestic retailers. In modern trade, the company supplies to most of the modern chains including Dmart, Big Bazaar, Metro cash and carry, Reliance, More (Aditya Birla Group), Walmart, etc.

The Indian snacks market, worth more than Rs 1 billion by 2025, is dominated by the unorganised market. Brands such as Lays, Kurkure, Uncle Chips, etc are leading the drive towards organising the market, especially in tier I and tier II cities whose residents' income is growing.

To appeal to these low-cost markets, Puzzle sells snacks such as salted peanuts, samosas, fried pasta, papads, and more, in packets costing Rs 5 each.

“Our entire distribution model is around the villages and tehsils (districts). This shows our distribution prowess and becomes a key differentiator,” says founder Abhinav Gupta.

Started in 2012, Expedite Foods has gone on to record a Rs 8.5 crore turnover last year. It currently employs around 50 people, including contract workers.

No sibling rivalry here, for these Lucknow brothers and sisters it is business as usual

3 MSME schemes for marketing and promotion of small businesses