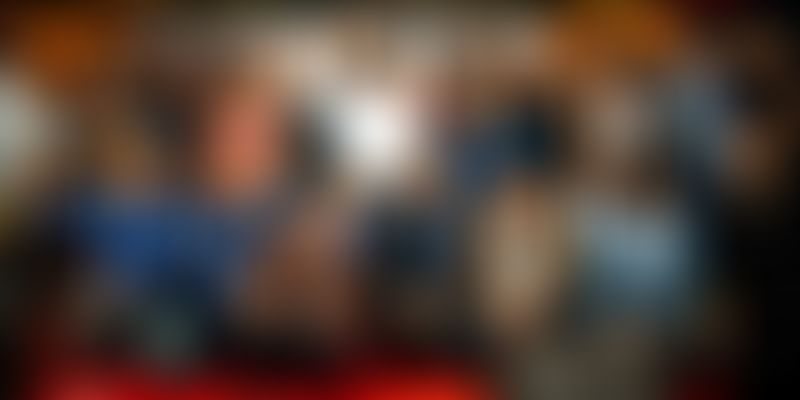 Last year, the buzz in town was that Bhive, one of the oldest coworking spaces in Bengaluru, was on the brink of shutting shop. Today, the story is different. The startup has just launched a new centre and is aiming to hit 5,000+ seats in the next two months.

Last Friday, Bengaluru’s MG Road was buzzing with activity. The launch of a 1,000-seater coworking space by Bhive attracted a horde of guests, including film celebrities and politicians like Deputy Chief Minister of Karnataka and Minister for Higher Education and IT & BT Dr Ashwath Narayan.

Bhive, which has now opened a coworking space in one of Bengaluru's prime areas, includes the likes of Unacademy as one of the startups that has already moved in.

However, the story was quite different just a year back.

Last July, the buzz in the ecosystem was that Bhive was in the red. A source in the know then said, “There are hardly any people at the space. They are struggling, and it is shutting down.”

The beginning and changes

Founded in 2014 by Shesh Paplikar and Ravindra MK, Bhive was one of India’s earliest coworking startups. The founders, back in India after a stint abroad, sought to replicate the coworking model in India, and even saw a fair share of success.

“Due to lack of coworking spaces, we experimented and quickly grew. We had sensed an opportunity in the market, which was nascent at that time for a fully serviced, plug-and-play space that startups and even mature companies could use to house their employees and focus on their business rather than manage administrative and operational tasks,” Shesh says.

Blume Ventures, an investor in Bhive, had last July said that the founders had been travelling to mobilise funds, and had tweaked the business model to make it an asset-light model.

“Their revenues have grown over last year and they are doing fine,” the investor said.

The startup seems to have made a turnaround in the last year. One of the primary things that helped Bhive was the fact that they were able to create a brand.

Shesh explains that a focus on community engagement was important to bring about a differentiator and retain clients for longer periods. By 2018, they conducted numerous events that helped establish Bhive as a brand - at least in the Bengaluru startup ecosystem.

But was that enough?

“We had built the company fast, using equity money from professional funds. We had built a large team that could be sustained only through equity money. Since the last professional round, we have done fund-raising through HNIs. For one year, we haven’t looked at raising equity capital as the focus has been on growing business through money generated from business and landlord partnerships,” Shesh says.

There was even talk that the money promised to Bhive didn’t come through. While most waited for an imminent shutdown, the team decided to tighten its belts and work towards staying afloat.

Shesh says they began with downsizing the team to control cash burn. They reduced all non-essential expenses and focused only on survival.

Shesh says the Bhive brand was already strong, there were leads but expansions weren’t what they focused on so they completely cut down on marketing efforts.

“We started focussing strongly on unit-level economics to ensure that all centres were profitable. We strengthened top management, brought in stronger financial controls, and came up with a stronger cash flow management strategy,” Shesh explains.

The startup continued to add centres albeit in a model where the landlord invested money in interiors and the startup did a profit/revenue share with the landlord. They also started looking at larger enterprise customers and longer lock-ins to make sure that revenue was more predictable.

Along with these operational changes, the team had to work harder.

He says, “Our mindset had to change. Actions that we had to take to bring down the burn did not come easily, and it took us some time to adjust to the new way of running the company. Even when we cut down on burn, we still needed money to survive. It was not easy to raise further money that was required for survival. We had to put in huge efforts, reach out to a lot of HNIs in India and many NRIs.”

Convincing landlords and third-party investors also took time, but their past record and brand name helped. Shesh says they also worked to build confidence in existing customers, despite the market perception, and ensured their retention.

“We had to spend more time with our vendors and get more credit time to ensure we didn’t have liquidity issues,” Shesh explains.

Working along a difficult business

Coworking is a tough business.

Samantak Das, researcher, says, “While coworking companies took up a modest 0.17 million square metres in 2017, the first quarter of 2018 itself has exceeded the annual tally of 2017 at 0.19 million square metres. The expansion plans of major players and the increasing appetite for this format from occupiers, property owners, and coworking operators should see annual transaction numbers triple from current levels over the next three years.”

Recently, OYO Hotels and Homes acquired Delhi-NCR-based Innov8 for Rs 220 crore, and made its entry into the coworking space.

“There are significant operational costs (for coworking spaces) like managing people, getting the right mentors, and ensuring there are enough events and sessions to help people collaborate. There also needs to be a strong team that manages each startup. It actually is more operationally intensive than one would assume,” says a real-estate builder from Bengaluru.

While the models may be different, ultimately they need to ensure a wider range of consumers and businesses.

Shesh explains that the customer is agnostic to these models since the customer experience remains the same, irrespective of who owns the franchise (all centres are operated by the company).

“The key advantage we get is that Bhive is no longer dependent on equity money for expansion. We will continue to grow strongly whether we raise equity money or not,” Shesh says.

The team at present charges a customer an average of Rs 8,000 per seat per month. The 1,000-seater property at MG Road is BHive’s tenth centre - all its centres are in Bengaluru.

The co-founder adds, “We want to stay put in Bengaluru for the next one year and achieve stronger control over the market here before expanding to other cities."