These 5 IAS officers are leading social change in India

From preventing illegal slaughter and smuggling of cows to tackling waste management, these five IAS officers are leading social change across India.

When one thinks of an IAS officer one would imagine them to be taking into account the administrative policies of the government, contributing towards structure and administration.

However, some go beyond regular service to devote personal time towards social causes that are near and dear to them.

Some of them have been recognised for their individual achievements globally, while others have achieved well within their communities alone.

Social Story brings you five IAS officers who are spearheading change in the right direction.

A 2012 batch IAS officer from Odisha, Poma Tudu is an inspiration for many. She has been helping villagers in Odisha by visiting Naxal affected hostile zones to hear and counsel their grievances. She is currently working towards providing fast-track connectivity and medical services to these villagers, reports The Better India.

Poma Tudu treks for over two hours to reach and assist these villagers, as she understands that the District and State government headquarters is over 90 km away from these villagers.

She feels that if it is difficult for tribals to address their issues she will go to them directly and hear them out. She strongly believes in the welfare of humanity and that can directly be seen through her actions.

Prasanth, an IAS officer from the Kerala Cadre of 2006, has been helping in various sectors such as road safety and construction, water supply across Kozhikode, including taxation and tourism, reports The Better India.

He was even appointed the collector of Kozhikode, Kerala, and has also received praise and critical acclaim for helping in eradicating poverty in Kozhikode, which saw poverty levels drop significantly.

One of Prasanth’s initiatives, Operation Sulaimani aims to provide free food to eradicate hunger in Kozhikode. He has partnered with the district administration and Kerala Hotel and Restaurants Association to help in the running of the initiative.

Apart from this, Prashanth has even launched Tere Mere Beach Mein, which aims to tackle the problem of waste management on the beaches of Kozhikode.

‘Yo Appooppa’, another campaign that was launched by Prasanth, helps in supporting the elderly in Kerala.

Since 2016, Rajeev Gupta, an IAS officer from the 1979 batch has been working towards preventing the slaughter of cows. He urged the Government of India to provide cow shelters to prevent the senseless killing of cows.

The former secretary in the Department of Youth Affairs had written in a blog to the government while still in office saying, “Institutions keeping cattle like goshalas and gosadans require necessary government support for their sustenance." He also wrote, "The 'useless' cattle can be made into 'useful' cattle by proper use of dung, urine, and draught animal power," reports NDTV.

Rajeev Gupta created a ‘Cow Sewa Aayog’ in Uttar Pradesh in 2017 and is the current Chairman. Through this initiative, he aims to rescue and protect cattle, prevent the illegal slaughter, and smuggling of cows, reports Business Standard.

"Whenever an illegal cow slaughter and smuggling are prevented, the number of animals in cow shelters increases. So, we want better upkeep of cattle in these shelters and make them self-sustaining by selling their byproducts," Rajeev tells ANI.

Mir Mohammad Ali is a 2011 IAS cadre officer from Kerala, who has been making a change in society through his ban on plastic initiatives. He has been instrumental in making Kerala’s Kannur district plastic-free. He ensures that no restaurants in the districts use plastic cups or plates.

He even initiated a drive whereby administration in the district made citizens stop using plastic bags while going grocery shopping and instead opt for cloth bags.

Armstrong Pame, who hails from Manipur, has been an IAS officer since 2007. He is often referred to as the ‘Miracle Man in Manipur’ for building a 100 km road, which is famously known as ‘People’s Road’, connecting the states of Manipur, Nagaland, and Assam.

As there were no well-constructed roads to these cities, individuals either had to walk for hours over muddy rubble or go by the river. To fix this problem, Armstrong Pame decided to take the initiative into his own hands.

He was even invited to World Economic Forum event at Davos for his road-building efforts, reports eastmojo.

In 2012, Armstrong was nominated for the CNN-IBN’s ‘Indian of the Year’ award in the public service category. He was also conferred with India’s Most Eminent IAS Officer award in 2015.

This IAS officer from Meghalaya walks 10 km to buy organic produce, inspires others 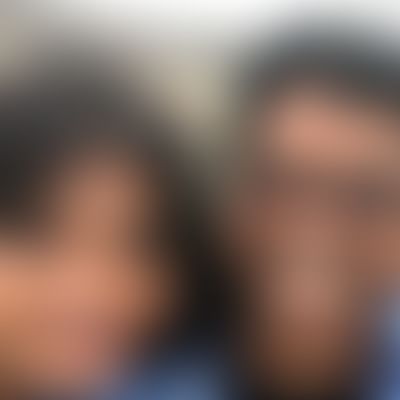