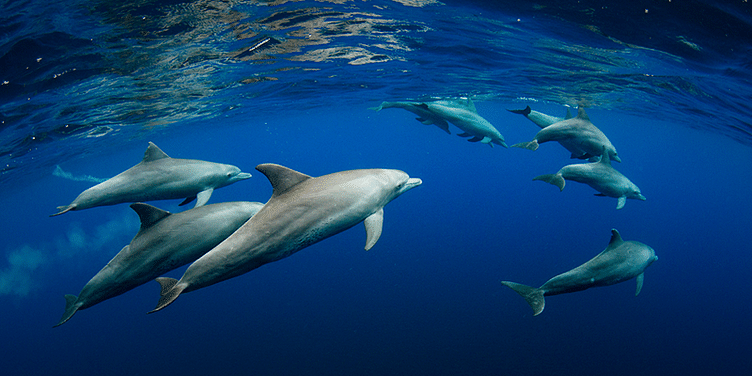 These 5 organisations, based in different parts of the country, are preserving the Indian marine ecosystem through research, education, and sustainable practices.

In India, as we all know, there is an abundance of waterbodies, in the form of lakes, reservoirs, seas, and oceans.

However, a lesser known fact is that our oceans’ creatures are facing an extreme threat with the ever-present phenomenon of climate change coupled with human recreational water activities, oil spills, and natural disasters.

According to a 2018 report by the Marine Stock Enhancement of India, “The estimated number of marine fish species known from India constitutes 2443 species distributed in 230 families.” According to the IUCN extant 2014, 50 species are threatened, six of them critically endangered, seven endangered, and 37 vulnerable, while 45 are near-threatened.

SocialStory brings to you the profile of five organisations that are preserving the Indian marine ecosystem through research, education, and sustainable practices.

Reef Watch is a marine conservation NGO based out of Mumbai, Maharashtra, and founded in 1993 by Prahlad and Mitali Kakkar. Today, Nayantara Jain spearheads its work.

Reef Watch is a public charitable trust registered under the Societies Registration Act, and has served as a member of the National Board of Wildlife (Government of India) since May 2007.

The organisation is involved in research, education, and outreach activities with the sole intent of making citizens aware about the need to preserve marine life. It works towards protecting, restoring, and rehabilitating coral reefs in the Andaman Islands — that’s where this NGO gets its name from. The team rescues broken coral and helps secure these fragments using mineral accretion technology and electrolysis. Further, through treatment and care, they help the coral grow back in its natural habitat, monitoring it and preventing coral disease.

According to Reef Watch’s website, its vision is to “protect the ocean and the life within it, through education, research, and management so that our children and theirs will continue to have access to this source of richness and beauty that sustains us today.”

The marine conservation trust also manages waste in the oceans by ensuring that no plastic items are thrown into the surrounding waters. Plastic is known to not only pollute, but also threaten the lives of dolphins, seagulls, fish, and turtles. Through its three-step process of reducing plastic, reducing sources of litter, and working with the administration for policy and change, Reef Watch is ensuring that marine life stays

This organisation was founded in 2017 by Puja Mitra, who was previously a senior programme coordinator for World Wildlife Fund (WWF) India. Terra Conscious focusses on promoting responsible tourism and marine conservation in Goa, India.

Its main vision is to create awareness-building capacity for a number of stakeholders to enable them to effectively address marine and coastal conservation challenges and engage in grassroots action. Through its boat operator partnership programme, Terra Conscious ensures that dolphins in the oceans are protected from harm.

A study conducted by the World Wide Fund for Nature India, supported by the International Union for Conservation of Nature India, stated that, during observation surveys, dolphins were displaying signs of stress around tour boats, including avoidance behaviour and changing the path of travel. The tour boats were often found chasing dolphins so tourists could have a ‘dolphin sighting experience’, the report stated.

According to its website, “Our goal is to build the capacity of the dolphin-watching boat operators to provide responsible and ethical experiences by training them in internationally accepted dolphin-watching guidelines, developing and placing information signage in our pilot site, and building awareness and marketing campaigns to connect conscious travellers with the trained operators.”

The team has noticed that, with their efforts, dolphins face a lot less stress and anxiety. They have also strengthened the boat operator community.

Through its ‘stranding response network’ the NGO has created a collaborative project with the Goa forest department, IUCN, and Drishti Marine Services in Goa. Through this programme, it has trained veterinarians from the state animal husbandry department to provide treatment for injured sea turtles.

Society for Marine Research and Conservation

SMRC is a marine conservation NGO located in Cochin, Kerala. Its mission is to help conserve marine life and ocean flora and fauna through research and to provide the best solutions through sustainable development.

The society carries out a number of campaigns to ensure that sea creatures are well-protected — be it through the ‘Migratory Sea Birds Monitoring’ programme or through the ‘Save Juvenile Fishes’ programme.

As migratory sea birds are known to travel long distances, SMRC ensures they are well-protected by effectively monitoring these birds as well as tracking the number of species in a particular habitat at a given time. Apart from this, it also raises awareness on protecting the species.

Through the ‘Save the Juvenile Fishes’ programme, the NGO campaigns against catching of fish species before they reach their full growth. It is trying to raise awareness on the ill-effects of overfishing and proposes conservative methods towards stopping juvenile fishing and hunting.

Above all, the society believes in ethical practices when it comes to catching of fish.

This is an NGO based out of Goa, India, with the intent to conserve marine life. According to its website, the primary aim of Coastal Impact is “to study & monitor our marine ecosystems, support awareness, outreach, research, and conservation actions and also help build interest and engagement amongst local communities and visitors about the extraordinary oceanic ecosystems of India.”

The NGO hosts a controlled diving programme, through which it makes sure that underwater creatures do not face any threat from humans.

Coastal Impact has been conducting underwater cleanup drives for the last 25 years. The team has found and removed a number of plastic items, garbage, and glass materials that pose a health hazard to marine creatures.

In 2017, in one day alone, they picked 2.4 million cigarette butts from the waters. This was recorded in the Ocean Conservancy’s International Coastal Cleanup Report, 2017.

In 2015, they worked on a project called Global FinPrint, an initiative set up by Paul G Allen (Microsoft partner of Bill Gates).

In India, the project was conducted at Netrani Island in Karnataka and the islands off Malvan in Maharashtra. Coastal Impact was the only NGO in India that was selected for this project.

Through this project, it has worked with researchers all over the globe to fill in the critical information gap on the diminishing number of sharks and stingrays in the world’s oceans. The team conducted surveys of sharks, rays, and other types of marine life on coral reefs, using baited remote underwater video surveys (BRUVs).

This is one of India’s leading nature conservation trusts, established in 1998 in New Delhi. It also helps protect marine life.

The team strives to ensure the welfare of individual displaced animals while enhancing conservation and pioneering science-based rehabilitation and wildlife health across India. According to their website, one particular project that they worked on which helped marine life significantly was the ‘Mithapur Coral Reef Recovery Project.’

Launched in 2008, the Coral Reef Recovery Project was a joint venture of WTI and the Gujarat Forest Department, supported by Tata Chemicals Limited (TCL). It sought to develop and implement appropriate strategies for the conservation of the Mithapur Reef, situated 12 kilometres south of the Gulf of Kutch in Gujarat.

Through this project, a number of conservation efforts were undertaken to ensure that corals were not broken or harmed in any way by natural disasters or human actions. The NGO has worked on coral development in new colonies and protected existing coral growths by conducting information and awareness drives among local communities.

Through the efforts, the Mithapur coral fragments in the Lakshadweep waters were stabilised and gradually acclimatised to the local seawater. The fragments were finally immersed into their natural surroundings and transplanted.

Through the entire process, observations were carried out by WTI to ensure early identification of signs of stress for effective countering and helping the coral get back to their natural conditions.