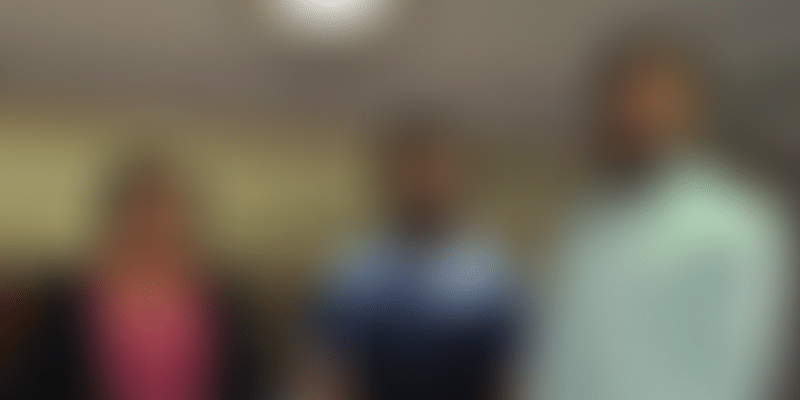 Founded by Jayakrishnan AL, HW Design Labs has come up with a Disaster Warning Broadcast System to aid rescue operations by bridging communication gaps in the event of calamities.

Natural disasters have become a common phenomenon in this age and affect millions of people around the world every year. They may be in the form of floods, explosions, earthquakes, or even cyclones, but, their impact is calamitous – from ravaging infrastructure and spreading fatal diseases to increasing impoverishment.

According to WorldAtlas, a re-titled edition of the hugely successful Collins Mini Atlas, a few of the most disaster-prone countries around the globe include India, the US, China, Ethiopia, and Malawi. The only silver lining that prevails in these scenarios is the creation of comprehensive, pro-active tools that can help mitigate risks and send warning indicators ahead of time as well as during rescue operations.

A Kochi-based startup, HW Design Labs, is doing just that. Founded by Jayakrishnan AL (44) in the year 2015, the company is mainly focused on designing and developing hardware systems for wireless connectivity solutions, advanced tracking, and navigation services.

One of its flagship products is the FM RDS-based (Radio Data Service) Disaster Warning Broadcast System, which consists of a hardware device and a mobile application.

“The device can be deployed on a boat, ambulance, any rescue vehicle, or even in a stationary building. During a disaster, the rescue operations team or disaster management authorities can broadcast text messages and animated live indications to both people at large as well as specific camps. All that the receiver needs to do to receive the lerts is install the app and plug in earphones,” Jayakrishnan AL, Founder and Director, HW Design Labs tells SocialStory.

“As a nation, we have advanced communication technologies. However, there also arises a need for last-mile connectivity to reach the masses when the mobile networks and internet services are interrupted during emergencies. Providing live updates during such times is key. This is exactly what HW Design Labs aimed to resolve by leveraging GPS, FM Radio RDS, and smartphones,” Jayakrishnan says.

Community based disaster management and awareness training in 50 Nagapattinam villages

After undergoing a three-year National Apprenticeship Training in Electronics  and Mechanics from NTTF Electronics Training Centre, Bengaluru, Jayakrishnan started his career as an electronics technician in 1999. The 44 year-old later went on to work for 17 long years across different organisations, including ISRO and Qualcomm.

In 2015, Jayakrishnan’s passion to innovate and produce hardware systems catering to retail and industrial segments drove him to quit his job and establish HW Design Labs. Later, he was joined by Arun Kumar, a technology enthusiast who he met through a mutual friend. Jayakrishnan’s wife, Divya Govind, also started contributing to the operations of the startup.

Though initially bootstrapped, the startup was incubated and funded by the Maker Village, a joint initiative of the Ministry of Electronics and Information Technology, Government of India, IIT-Trivandrum, and Kerala Startup Mission.

Apart from FM RDS Utility, some of the other solutions in the company's portfolio include r-POS (real-time 3D positioning system) and Wireless Ranging Solutions.

While the design, engineering, integration and validation of these products are done in-house by HW Design Labs, some of the manufacturing and development processes are outsourced with a view to save costs.

What the world can learn from Odisha, India’s most disaster-ready state

HW Design Labs’ disaster warning indicators are encoded in the form of text and broadcasted to users with the RDS feature via the app. Since the solution uses an in-built FM receiver in smartphones to send real-time messages, the need for network or internet connectivity is optional.

The device is expected to be useful, especially for government officials, rescue operation teams, people residing in coastal areas, as well as disaster-prone locations. Since the alerts and updates are specific to a 10-15-km radius of the user, it helps them to be well prepared before the occurrence of the disaster, saving both lives and resources.

"As natural disasters are becoming more frequent, such innovations are quite valuable, and I hope this model will prove to be extremely useful to save a lot of precious lives in disaster situations," says Dr Saji Gopinath, CEO, Kerala Startup Mission.

HW Design Labs has already made a prototype of the FM RDS-based utility and also filed a patent. At present, the enterprise is doing a pilot study and aims to launch a trial run by mid-2020.

India, China among the countries most affected by disasters related to Climate Change