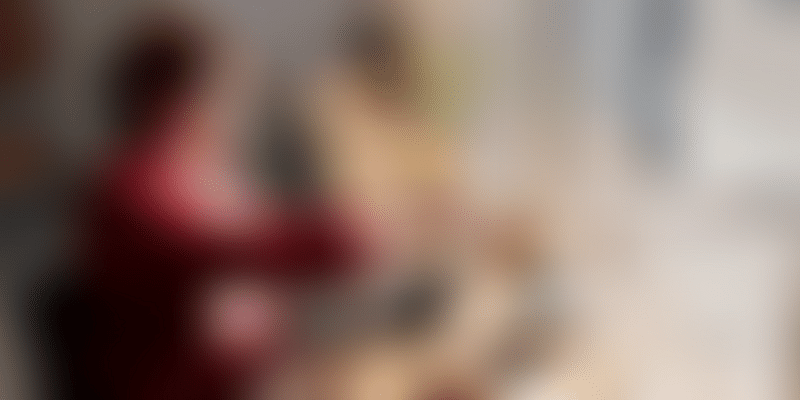 Most e-learning platforms are inaccessible to persons with disabilities. To bring about a sense of awareness about this, the Javed Abidi Foundation (JAF) has launched a social media campaign called ‘Nothing Without Us'.

Schools and educational universities across the country have remained shut for the last two months owing to the COVID-19 lockdown. The suspension of classroom sessions has made it imperative for most of these institutions to transition to online education.

Principal leadership teams, as well as teachers, are putting in a lot of effort to embrace digital tools, revamp curriculums, and develop monitoring mechanisms to ensure lessons are delivered seamlessly.

While this seems like a positive move towards better digital learning, the aspect of accessibility seems to have been ignored.

According to the 2011 Census, more than 2.68 crore people in India are living with some form of disability or the other. Over 1.4 crore of this population can read and write, but inaccessible online content has thrown a damper on their education and job prospects.

Determined to voice this concern and bring about a sense of awareness among policymakers and educational entities, the Javed Abidi Foundation (JAF) launched a social media campaign called ‘Nothing Without Us’ on May 21, 2020, which is also the Global Accessibility Awareness Day (GAAD).

“Most of the e-learning platforms and online sessions that are up and running today are not accessible to persons with disabilities (PwDs). They do not have live captions, sign language interpretations, or even visual descriptions. We have differently-abled students obtaining education right from pre-school to PhD in India. Nevertheless, they are simply being sidelined — which is definitely a form of discrimination. Through the ‘Nothing Without Us’, we are aiming to change this,” says Shameer Rishad, Convener at the Javed Abidi Foundation.

While Zoom, Webex, and Google Meet are some basic, easy-to-adapt tools being widely used to conduct live classroom sessions, institutions have also been relying on pre-recorded classes, commonly known as Massive Open Online Course (MOOCs). However, consuming content on both these channels requires a computer or phone with high-speed internet. Not all differently-abled students have access to such IT infrastructure. Even if they somehow manage to get hold of the devices, the content hosted on them remains inaccessible with no means to navigate through the site.

One of the students, Najrul Islam, proposed a simple solution for this.

“Using accessible web or video conferencing platforms that have the means to dish out auto live captions and assistive technologies like screen reader, magnifier, and speech recognition software is all it takes to make education inclusive.”

The government of India’s ePathshala platform, which was launched by the Ministry of Human Resource Development (MHRD) and National Council of Educational Research and Training (NCERT) in 2015, is known to offer a host of educational resources, including NCERT textbooks, audio-visual resources, periodicals, supplements and teacher training modules.

But, the Javed Abidi Foundation found out that none of the material caters to PwDs. They confirmed that the scenario was no different when it came to other government-run platforms either, like Swayam Prabha and Diksha.

“The Human Resource Ministry recently announced their plan to repackage the existing Swayam Prabha platform to kick off 12 DTH channels, each dedicated to one class, from grade 1 to 12. While it is a good idea to beam subject-related content on television for students, the government has not made a mention of accessibility at all,” notes Shameer.

An appeal to make education inclusive

Shameer Rishad established The Javed Abidi Foundation to honour the legacy of his uncle, Javed Abidi, who was one of the pioneers in creating a cross-disability movement in India.

Since its inception, the NGO has been striving to bring youth together, foster friendships, and create a community where individuals with disabilities know their rights.

Through its ‘Nothing Without Us’ campaign, the foundation is attempting to highlight the issue of inaccessible digital content with the hope that inclusiveness will soon prevail. It has also suggested recommendations to all the stakeholders involved – the Ministry of Social Justice and Empowerment, the Commissioner of PwDs, as well as educational institutions and schools.

Some of the suggested measures as part of its 20-pointer list targeted for schools and colleges include identification of students with disabilities, setting up a helpdesk to assist them, ensuring inclusive and accessible online content, providing sign-language interpreters, sending assignments and documents well in advance, etc.

JAF’s appeal on the lines of The Rights of Persons with Disabilities (RPWD) Act, 2016 was sent in writing to the Commissioner. They have also been issuing notices to MHRD, NCERT, CBSE, and UGC, along with private entities like Byju’s and Unacademy, to make digital platforms more accessible.

The Census data shows 61 percent of disabled children aged 5 to 19 years to be enrolled in school, but, when it comes to the All India Survey on Higher Education (2015-2016) conducted by Ministry of Human Human Resource Development, only a mere 74,435 students have surpassed schooling to register in Universities.

"Students with disabilities break several barriers to complete their education. Hence, it is the responsibility of the government as well as the other stakeholders in the community to ensure they do not miss out on their rights," says Shameer.