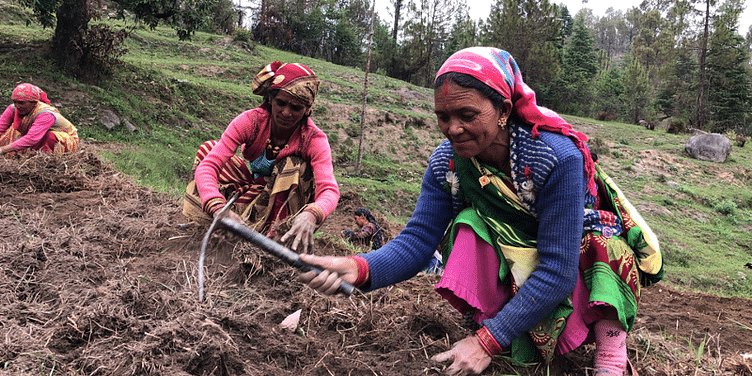 Gurugram-based Terraphilic is known to be the first Indian company to grow standardised, fixed-price, and organic hemp for the burgeoning hemp-based industry.

When Canada and parts of the US legalised cannabis a few years ago, it set off a frenzy in the startup ecosystem, each trying to outdo the other with its innovative offerings, unique selling proposition, and creative use of the plant.

From cannabis bakeries and cafes to cannabis-infused chocolates and liqueurs, and organic cannabis growers, a lot of companies have made bank in the years following the legalisation.

In India too, although the entire cannabis plant is not legal, there has been a considerable rush into the cannabis and hemp-based products space, with startups, including ﻿Boheco﻿, ﻿India Hemp Organics﻿, ﻿India Hemp & Co﻿, Hemp Wildleaf, Satliva, and a dozen more are helping supply a growing demand from the urban population.

However, along with navigating convoluted regulations in India around hemp and cannabis, the biggest problem these startups say they face trying to do business in India is the inconsistency in the composition of the raw material, i.e., the cannabis crop. And that’s because all the plants that companies use to create products such as hemp oil, CBD extract, or hemp flour and seeds, are all derived from “wild” crops, harvested by state authorities from wherever the plant grows unintentionally and without human intervention.

With strict laws in India around the “legally acceptable” composition of the organic substances present in the plant, it becomes difficult for startups sourcing their raw materials from the State to have any say in the quality of the goods they produce — which affects pricing at the end of it all.

Also, because the crop is not intentionally grown, there's very little visibility on the quantity of raw material that can be harvested from the wild - and that uncertainty badly hurts hemp companies.

Gurugram-based Terraphilic is changing that.

After years of research and a tragic accident, this duo launched a hemp-based organic products brand to bring holistic wellness

Founded in 2019 by Aurick Sengupta, Gaurav Ladwal, and Shubham Saurabh, Terraphilic is India’s first licensed hemp cultivation startup, which means it is legally allowed to grow hemp for commercial consumption.

The startup owns a two-acre farm in Uttarakhand, where it is currently cultivating handpicked, regulatory-grade hemp from seeds it legally imported from France.

The ramifications a company like Terraphilic, which grows the plant conscientiously, versus what is harvested in the wild by State authorities, has on startups that are currently selling hemp and cannabis-based products are immense. A private company growing the plant can not only control the quality, sell at a fixed price across the board and in all seasons, and consistently produce a standardised crop, but also scale easily when demand increases.

"It had been an uphill task trying to convince the local state government and regulatory bodies to allow us to farm hemp privately, but they’ve become more receptive to the idea now that there’s increasing interest for hemp products in the country," Aurick tells YourStory.

“The hemp grower industry in India is extremely fragmented because of outdated regulations. Private growers can consolidate this sector and make the growing of hemp more economically beneficial and help not just up and coming startups in the space offer better products, but also impact local communities in a positive way — that has been our approach from the beginning,” he adds.

The startup planted its first batch in April this year, with harvests expected in August. It plans to sell the legally permissible parts of the plant directly to processing companies that can extract oil, and package hemp seeds, hearts, and flour under their labels.

The company has already signed on three big clients, two of which are international -- a Korean skincare brand that is looking to use hemp in its skin care product line, and a Hong Kong-based company.

The bootstrapped startup is not looking for external funds immediately, it said.

Sustainability at the core

Aurick says that when he and his co-founders set out to build the company, they wanted to ensure sustainability and helping planet Earth were at the core of everything they did.

In their proposals to the Government of Uttarakhand, they didn’t just outline their plans for the land they wanted to farm and the type of crop they were going to grow, but also how they would impact the local communities around them.

For example, the land that Terraphilic tills in Uttarakhand isn’t their own — they’ve leased it out from farmers who receive a monthly rent in exchange. The farmers who work on the land are not outside hires, but the farmers’ families themselves.

“We call this the dual-income model, where the farmers not only get paid in the form of rent, but can also earn money for cultivating for us,” Aurick says.

About 90 percent of the people employed by Terraphilic in the farms include women. The startup also pays tuition fees for 20 girl children in the village where the farm is located.

"Our aim is to peg the hemp grower movement around local welfare, so that others following in our footsteps can do their bit for the community too, especially at a time like this when the financially disadvantaged in our country are struggling to make ends meets," Aurick quips.

The startup has piloted two studies with two colleges to develop classical Ayurvedic formulations of hemp and proprietary formulations for specific ailments such as pain, anxiety, sleep disorders, etc.

It plans to expand its farmable land to 250 acres over the next two years, and pioneer cannabis-based medications in India, the startup said.

In the Indian market, its closest competitors are government bodies and individual farmers that cultivate wild hemp.

With hemp and the cannabis plant gaining traction and followers around the world, the global industrial hemp market size is expected to hit $18.81 billion by 2025 from $3.53 billion in 2019, growing at a CAGR of 32.17 percent, a Valuates Reports stated.

The Asia-Pacific region is expected to hold the largest share of that market, the report added, signalling the rapidly growing popularity of hemp and cannabis-based products in the region.

Five activities that can make your weekend meaningful