Explore, experiment, engage: how these musicians found their creative spark to success 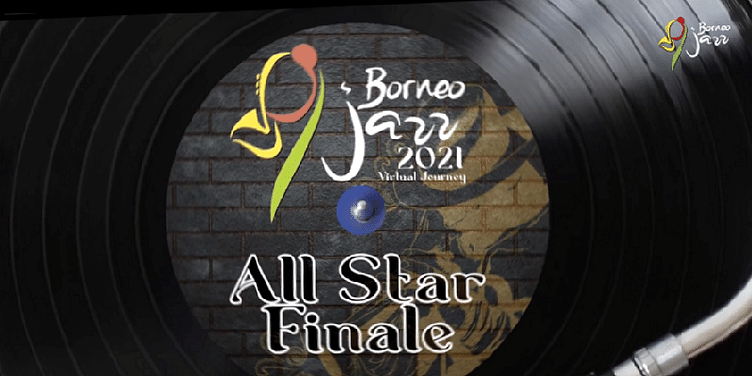 Four groups who performed at the Borneo Jazz Festival 2021 share their creative journeys. Here are some takeaways, along with pictorial highlights.

Held every summer in the east Malaysian city of Miri in Sarawak, the annual Borneo Jazz Festival (BJF) carried on in a new virtual format last month, in the times of COVID-19.

Borneo Jazz Festival 2021 Virtual Journey highlighted some of the outstanding performers right since the first edition in 2006, along with renditions by local bands. The online edition reportedly drew more than 116,000 online viewers, up from 4,000 attendees in the last ‘physical’ edition in 2019.

I covered three earlier editions of the festival, as shown in some of the pictures in this photo essay. See also Part I, Part II, and Part III of our coverage of the 2021 virtual journey.

“We hope to see the end of the pandemic soon so that we can continue to bring more value-added entertainment to devoted festival-goers,” said Datuk Haji Abdul Karim Rahman Hamzah, Minister of Tourism, Arts and Culture, Sarawak.

“Jazz inspires creativity and freedom. As a classically trained violinist, I wanted to explore the other worlds and it led me to jazz,” explains violinist-composer Nisa Addina, in a chat with YourStory.

She has played around with genres like jazz rock, blues, jazz fusion, and neo soul. “Personally, my favourite is neo soul because it is calming and always brings me joy. Jazz fusion is also a favourite because listening to Jean-Luc Ponty was what made me want to learn more about jazz,” Nisa recalls.

Music duo Ta’Dan, formed by Prostasindra and Daniel, explain that at first they did not know they were being attracted mainly to jazz.

“What we actually love is to improvise and put our own emotions into the songs we are playing,” they observe.

“We may not be able to duplicate each song later, but we love the adventure of rediscovering the same song again and playing it differently,” they add. Their first releases were an experimental mix of traditional music with funk.

“For our first single, Banding, it was more like traditional fusion based on ethnic Sarawakian elements,” the Ta’Dan duo describe.

“Jazz gives me the opportunity to express myself more in my music. It is vibrant and alive, and explores new ways to tell a story,” explains vocalist Pete Kallang.

As inspirations, he cites jazz greats Ella Fitzgerald, Ray Charles, George Benson, and Gregory Porter. “I've tried genres from acid jazz to Latin jazz. But I like swing and the big band sound,” he adds.

The group O-Ha Soul Band was first named WESTJAZZ, recalls band leader Eugene Clifford Suboh. “We were inspired by smooth jazz from the west coast of the US, and blended it into local folk tunes and our own compositions,” he says.

The members were well versed in genres from pop to rock as well. They first performed in 2013, and played at BJF last month. By then, they had changed their name to O-HA Soul Band, inspired by the traditional greeting o-ha (‘cheers’). The greeting also leads to unity and harmony with the audience.

“Jazz has gone so far with many influences of improvisational skills and creativity that have no boundaries. Jazz is a mind-opener that tickles and plays around with different emotions as we improvise. It bends the rules and pours new expression endlessly, even without speech,” Eugene enthuses.

“Jazz is also intelligence – especially when creating music arrangements, which is like music speaking poetry. Jazz is a fine balance between brilliance and endless creativity on the road to creating a masterpiece,” Eugene affirms.

“Jazz is also a spiritual approach when we feel the soul and passion burning inside as we groove and play along, understanding one another spontaneously,” he adds. “So in a very simple way to describe why we love jazz, there are no other words than Simply Awesome!"

The band loves performing swing, bebop, bossanova, samba, modern jazz, and jazz fusion. “It all depends on the songs we choose, the swing mood, and the artistic state of mind. This leads to creating and shaping the musical flow and sound into musical character,” Eugene describes.

The artistes also describe some of their next steps and projects. Nisa Addina is currently writing more music. “But to be honest, I am just going with the flow to see what’s coming up for me,” she jokes.

Ta’Dan is working on recording a blues track and another traditional blend as an art residency project with MYYLivingArt. Pete Kallang is working on more collaborations this year, and releases on online platforms.

As next steps, O-Ha Soul Band plans to work more on fusion based on Sarawakian folk tunes, as well as original jazz compositions. “In this way, we will be looking forward to create another new sound of our own,” band leader Eugene says.

“Throughout our music career, there are three things that have kept us going in order to have the true meaning of music: Educate, Entertain, Aspire. With these three meaningful words, music is indeed a network reaching out to all music lovers regardless of race and origin,” Eugene poetically describes.

He likens fusion music to fusion food. “Not everyone may like what you cook or make but in times to come, many will love what you create. With growing influence, a community of fans is eventually formed around the music,” he describes.

Compassion, free flow, and improvisation fire up flow and skills. “There should be no regrets because what matters most is that you have accomplished your mission,” he advises.

“When you look back one day, there is nothing more satisfying than the feeling of contentment and the endless contributions you have made in educating and inspiring others through music. Simply put, Jazz – it’s awesome,” Eugene signs off.