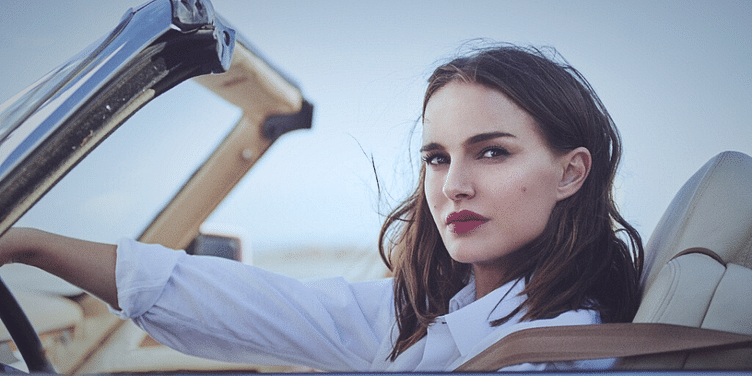 Inspiring quotes by Natalie Portman, one of the most celebrated actresses of this generation, on her 39th birthday

Natalie Portman is one of the most talented actresses out there who is as dedicated to the craft of acting as she is to life.

Taking on a number of challenging roles, the 39-year-old actress and filmmaker started young, and made her debut in the movies as a teenager.

The Israeli-American starlet has starred in a wide genre of blockbuster films, ranging from historical biopics, sci-fi, and even romantic comedies.

She devotes herself completely to a character, transforms herself and gets lost in their world.

What started out as a passion for theatre, led her to Broadway and then into full-length feature films. She has acted on stage in The Diary of a Young Girl, and a revival of Anton Chekhov’s play The Seagull in her early years.

Some of her notable films include ‘The Other Boleyn Girl’, 'V for Vendetta’, 'Closer', Annihilation’, 'Black Swan', 'Thor: The Dark World', ‘No strings Attached’ and ‘Jackie.’

Her directorial ventures include the short film Eve and the biographical drama ‘A Tale of Love and Darkness.’

Natalie always believed in attaining a well-rounded education, and took on both acting and studies side by side when she enrolled herself at Harvard University where she received a Bachelor’s degree in Psychology.

She is an inspiration for young women and girls the world over, and has received various accolades for playing psychologically troubled women in independent films such as Black Swan for which she has received an Academy Award and two Golden Globe Awards.

The actress recently launched her first acting online course in 2019 exclusively through the online education provider Master Class, where she discusses what she has learned over the 25 years of her acting career.

Some of the topics discussed in the $90 unlimited access class include how to research a role, build a character map, and how to work with different directors.

“In this class, I’m excited to share what I’ve pieced together over 25 years as an actress — things that have worked for me, things that I’ve seen work well for others, and tips I created to help myself,” she shared in a media statement.

YS Weekender brings you inspiring quotes by Natalie Portman, one of the most loved actresses of this generation on her 39th Birthday...

I am not someone who sacrifices all for the cinema, my life will be always more important.

I was definitely different from the other kids... I was more ambitious. I knew what I liked and what I wanted, and I worked really hard. I was a very serious kid.

I always think the most romantic books or films are the ones where the romance doesn't happen, because it makes your heart ache so much watching it.

I am a Gemini, so I change my mind every day.

I’m going to college; I don’t care if it ruins my career. I’d rather be smart than a movie star.

It’s a big honour to have people be excited about a movie that you make. That’s the one thing you want.

Awards are so unnecessary because I think we get so much out of our work just by doing it. The work is a reward in itself.

I tend to lean toward strong female stories. I want to make things that don't already exist out there."

When I was 7 years old, I put on shows for everyone at my grandpa’s funeral. I was always the little entertainer.

I always ask myself; would I want someone to do something that wasn't comfortable for them just to please me? And the answer is no.

I love being a mum, but it's much more intensive work than being an actress - going to work feels like you've got a day off. Not that I want a day off from being a mum; it's just perhaps I had this impression before that mums don't work. But they work more than anyone.

The best part about being friends with your parents is that no matter what you do, they have to keep loving you.

I'm not convinced about marriage. Divorce is so easy, and that fact that gay people are not allowed to marry takes much of the meaning out of it. Committing yourself to one person is sacred.

My father has a general rule. He says if I haven't done it in real life, I shouldn't do it on-screen.

I’m very interested in people who seem very negative and nasty and to go inside their world and see why they get that way. It makes you a little more sympathetic to them, even though I really don’t want to be around those people.

I remember how to be a person by being around them.

Grab the good people around you. Don’t let them go.

If you read, your book is kind of your friend, because it's like the book is telling you its story, and you’re the listener.

I’ve been really lucky and sometimes you think why? How did this happen to me- what did I do to deserve this? And you realise how much it's just luck. And then you see that there’s a lot of people who are not as lucky as you are, and I want to like share that luck you know?

Quotes from her movies

A First Lady must always be ready to pack her suitcases. It's inevitable.” (As Jackie Kennedy from the film Jackie)

My father was a writer. You would’ve liked him. He used to say that artists use lies to tell the truth, while politicians use them to cover the truth up.” (As Evey from V for Vendetta)

It's about a girl who gets turned into a swan and she needs love to break the spell, but her prince falls for the wrong girl so she kills herself. (As Nina Sayers, in the film The Black Swan)

I think monogamy goes against our basic biology. (As Emma in the film No Strings Attached)

A man's love is worthless. Our mother's loved, look where it got her, a feeble husband. Love is of no value without power and position.” (As Anne Boleyn, The Other Boleyn Girl)

All mentors have a way of seeing more of our faults than we would like. It's the only way we grow.” (As Padme in Star Wars Attack of the Clones)

You feel that? That little bom-bom-bom? That's where the heart is.” (As Novalee Nation from the film Where The Heart Is)

Where is this love? I can't see it, I can't touch it. I can't feel it. I can hear it. I can hear some words, but I can't do anything with your easy words.” (As Alice from the film Closer)

That summer I turned seventeen... and started planning my escape.” (Ann August from the film Anywhere but Here)

If you can’t laugh at yourself, life is going to seem a whole lot longer than you'd like. (Sam from the Garden State)