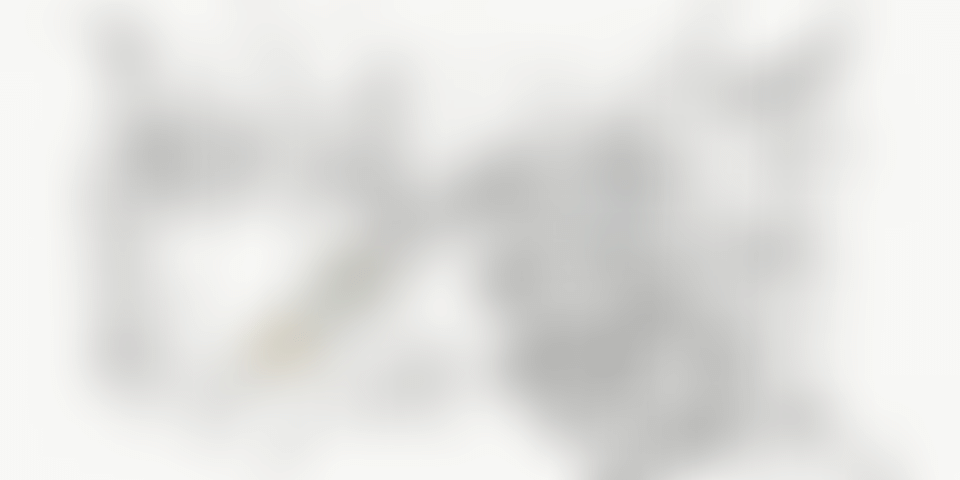 From sketching his son’s sleeping pattern to depicting the daily routine of cooking and cleaning, Sudesh Samaria, co-founder, Webchutney, says, each sketch is his personal experience but universal in appeal.

Most of us are still trying to find our own way of dealing with isolation and social distancing that the COVID 19 pandemic has thrust upon us. Mixed feelings of boredom and restfulness, despair and gratitude has permeated almost every conversation.

However, for Delhi-based artist Sudesh Samaria, self-isolation has become an opportunity to go beyond these obvious and ubiquitous emotions. He has turned to the gaze outwards, reinforcing his creative process rather than hampering it. Over hundred sketches created during these three months of isolation may at first seem a personal chronicle of his own experience, but look again and their universal connect to each one of us is what makes this body of work special.

A Delhi College of Art graduate, but till now known more for his illustrious career in advertising, Samaria had been preparing for his debut art show in Delhi when the lockdown began. Artworks that were meant to travel to the gallery in just a few days had to be stored away, invites that would have found thousands of RSVPs were replaced by messages of regret. And yet, Samaria says, the lockdown has only helped him grow as an artist.

“After working in the advertising industry for over a decade, the idea of returning to my original field of study and art (with the scope and scale of a solo exhibition) had infused me with a level of excitement and exhilaration that I felt like an undergraduate. The lockdown did not take that away from me,” says Samaria, who co-founded Webchutney, a digital agency, in 1999.

Under his leadership, Webchutney was the most-awarded Indian agency at Cannes Lions International Festival of Creativity in 2019.

“The slowdown in time itself connected me to a deeper self. Sketches were the medium that came most naturally to me in college days, and the process of sketching these illustrations provided me a more acute sense of my immediate surroundings, both natural and within the home and family,” he says.

Samaria used to spend five to six hours a day working on these sketches and has made 120 sketches – both observing and reacting to the lockdown. And where can one begin best but from one’s own home? After two decades of building and scaling a business from scratch managing KPIs, engaging 250 employees, and making the daily commute, he found himself at home sharing day-to-day responsibilities.

“I shared every household chore, from washing the dishes to dusting - to the point where my phone, which used to open using finger-recognition, could no longer recognise my fingerprints as they got worn out during my daily grind of washing dishes,” he laughs, and it is this ‘take-each-day-as-it-comes’ attitude that reflects in his art too.

From sketching his teenage son’s sleeping pattern to depicting the daily routine of cooking and cleaning, each sketch is his personal experience but universal in appeal.

“As an artist, even these mundane and boring tasks became a source of inspiration for me. When I look at the sketch that depicts my son sleeping till noon, the angst I felt when I used to wake him up just melts away.”

You can’t hold to a moment forever, but you can certainly cherish the joy it has brought you. And that is what Samaria has done by capturing each of these precious nuggets of time that one used to take for granted earlier.

“These will now become an archive of happy memories,” he says, referring to works that depict several house games played together as family all the more poignant as his son is set to leave home for university soon.

Several moments such as these - his wife and son practicing on the piano and violin, respectively; his morning walk filled with quietude; a bird’s call that previously used to go unnoticed - have all found their way into Samaria’s sketches.

Art is cathartic in many ways. It gives you a direction to express your inner-most feelings without engaging in deep conversations. If you choose to, however, it also enriches your subconscious to look beyond your own self.

For instance, a sketch depicting the household chore of cleaning is not just about a daily routine.

“The reason to make this sketch was not just to record an activity. It also reflects the gratitude and respect I felt for our house help and garbage collectors that grew immensely during this time, an emotion I will hold on to from now on,” he says.

Another work depicting a guard and a watchman is again not just about observing another individual’s life pattern during the lockdown.

“It made me sensitive to what he was really feeling and when I found out what was bothering him, I decided to buy him a train ticket home.”

Watch: Author Srishti Chaudhary on the art of fiction writing, and her latest novel ‘Lallan Sweets’

When you begin to feel your surroundings and inner-self more deeply, you begin to question every need and desire that you have. A sketch depicts the idea of going back to basics.

“Our shopping needs were limited to bare minimum groceries, and our pace of life slowed to more moments of contentment,” says Samaria.

“Isolation has certainly made me aware of my ability to adapt and slowdown, and possibly increase my powers of observation and empathy.”

A thought we all need to hold on to.