Ashish Goel: I want Urban Ladder to be the reason why homes across India look beautiful 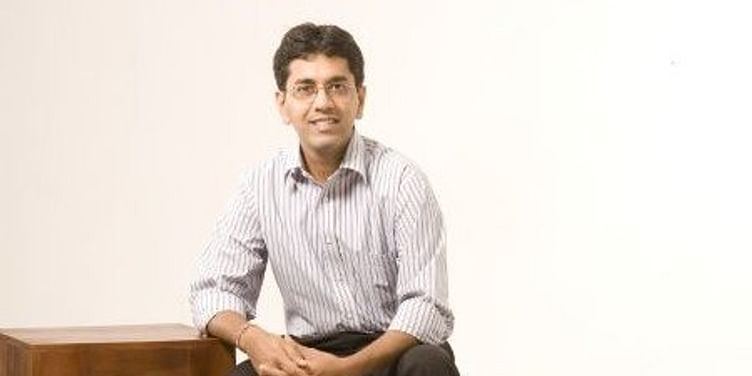 From McKinsey, to Amar Chitra Katha and to starting up at Urban Ladder; Ashish Goel’s professional progression bears no sign of being conventional. Every stint, however, was as successful as the other one. Ashish explains his choices by blaming them on his unquenchable thirst to learn. No wonder, he’s at the helm of an e-commerce company that is working on selling furniture via the internet.

Ashish Goel aka Ashgo(as friends love to call him), is the co-founder of the bright and upcoming Bangalore based furniture e-tailer, Urban Ladder. On a bright Sunday evening, we were given a brief glimpse of Ashish’s journey, before and after the inception of Urban Ladder.

Read on to know more about Ashish’s remarkable journey - from the plush offices of a management consultancy firm to the quick and fast paced life of a startup.

At the end of his stint with management consultancy firm Mckinsey, Ashish has already made up his mind up to start up. He said, “I always knew that I wanted to start up, and in 2007, I wanted to start up in the lingerie space. However, my close friend Samir Patil, who had just acquired Amar Chitra Katha along with some investors, requested me to help them out. I went on board with Amar Chitra Katha as their COO and worked with them for almost 4 years.”

Ashish quit his job with Amar Chitra Katha in early 2012, then he joined forces with old time friend and college mate Rajeev Srivatsa to start up in Bangalore. “Rajeev(co-founder) and I have been friends for over a decade. In fact we were in adjacent hostel rooms. Even in college, we worked together in organizing fests and projects etc. We have very complementary skill sets. We had always wanted to do something together.”

However, the concept of Urban Ladder came from a very personal pain-point for Ashish. After having moved to Bangalore, Ashish’s and Rajeev’s houses were devoid of any kind of furniture because of the lack of a trusted furniture brand. He said, “I don’t think there is a single furniture business, online or offline, which has the reputation of being a one-stop shop for every kind of furniture need. Furthermore, in a market estimated at $15 billion in India alone, there isn’t a single player who is valued for more than $100 million. This just goes to show that there is something fundamentally broken in this space.”

Hence, seeing a perennial customer need not being fulfilled properly and a large market opportunity, Rajeev and Ashish started Urban Ladder. Ashish revealed that the initial team was a small, but effective group of people, who had all come from references from friends and family.

Exceeding expectations with ethics and opportunity

Post launch of the site, Ashish and team set themselves very modest targets. He said, “I think we have been really lucky. In our first month, we decided that we should target to make at least 5 to 6 sales. But as we would have it, we sold 15 to 20 times more than the target and that pretty much has been the story ever since.”

Ashish credits this phenomenon to two factors. The first factor is the emphasis on ethics - “We received great reviews for our products, only because we centered our business around trust, honesty and transparency. To us, making sure that our customers trust us, because of our honesty and transparency, is of paramount importance.”

The second factor, is the opportunity present in this space. He says, “There is no doubt in my mind that there are going to be at least a few of billion dollar companies coming from India from the home decor space and a good number of them are going to be online businesses. In the conventional way of having more and more offline stores, the economies of scale doesn’t work out. The increase in access that you’re offering to your customers does not justify the returns that you get from it. The online business is still very nascent, but in the coming years, we are going to see a huge upsurge in businesses like ours.”

Ashish also goes on to say that their secret sauce of success is marketing - “Marketing is our trade secret. Our target market is an online shopper who has made a purchase of a lifestyle product at least twice a month. At least, that is our ideal customer.”

Almost 80% of furniture designs on Urban Ladder is proprietary to them and they take care of the supply chain end to end. As an extension of their service minded approach to business, Urban Ladder also takes care of delivery of their products to their customers.“We are a furniture brand, not an e-seller of other brands,” reiterated Ashish.

On team and culture - ‘It is important to have fun’

The team at Urban Ladder is a lean one. With a small but competent tech and design team in place, Ashish mentioned that they will be looking to expand on the logistics and delivery side. “We will be looking for more delivery managers. We are currently present in 3 cities, and we would be looking to grow into other cities as well.”

When asked about his team’s culture, he said, “We have 3 principles that we’re very serious about. I already told you about honesty and transparency. Customer obsession is another one. Every last member in our team is obsessed with giving our customer the best shopping experience. But most importantly, we really have to have fun in whatever we do. Whatever you’re doing isn’t worth it if you’re not having fun at the end of the day.”

Ashish’s grand vision for Urban Ladder goes with this team philosophy. He says, “I want Urban Ladder to be the reason why homes across India look beautiful. We will delay product launches if we even have the slightest doubt that it isn’t going to be the best piece of furniture that our customers ever had. This is what drives us.”

On raising funds - the Kalaari experience

Ashish’s association with Kalaari Capital goes well before Urban Ladder itself. “I’ve known Vani Kola from before and she’s always kept a tab on what I’m going to do next. When the idea of Urban Ladder did come up, Vani played a huge role in the initial shaping of Urban Ladder. When we were ready for an investment, we generated a lot of interest from other investors as well, but it really made a lot of sense for us to go ahead with Kalaari Capital.”

Vani Kola and Sampathkumar are on the board of Urban Ladder and Ashish lauds them for the connections and expertise that they bring to the table. He says, “Vani is really connected in the ecosystem and what we cannot do in terms of talent acquisition or finance etc, she knows who can get it done. Sampath on the other hand really knows how to scale a company. We really have a good investor team on board.”

Objectivity and focus - ‘Learn from everyone, but take your own decision’

Ashish, through the conversation came across as a very objective, yet passionate person. When asked about this, he said, “I don’t think it’s an either or. You’ve got to have both and just having one will not suffice. I feel strongly about what I do, but if I don’t back that up with good businessmanship, it’s not going to take me or my business anywhere.”

He further credits his experience with McKinsey for his objectivity. He said, “McKinsey really teaches you to be objective about whatever you do. It is very important to talk to a lot of people. Even today, I initiate the discussion of why we don’t have a physical store to a lot of people, just to understand where they’re coming from. That doesn’t mean that we will set up an offline store. I think it is very important to make your own decisions.”

On a concluding note, Ashish believes that India as a country is at the cusp of a new era. He said, “Just like how the way India has changed the way it dresses, from stitched to readymade, I believe that the next 15 to 20 years is going to be the revolution of the home decor space in India. I am really excited to be a part of that change.”