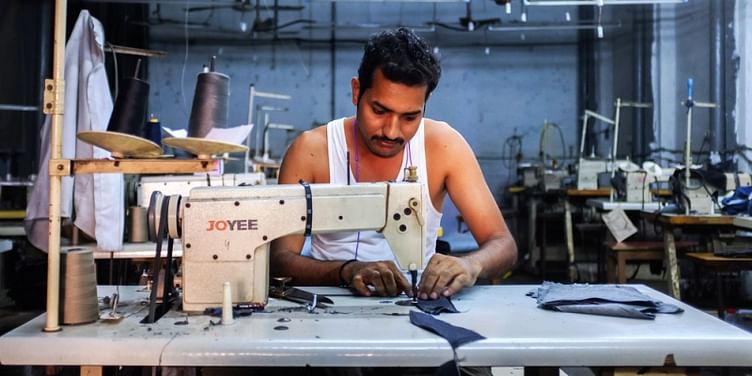 An increasing number of non-banking finance companies (NBFCs) are ramping up their reach to SMEs to tap the "high-quality borrowers". Bank lending to this sector leaves a lot to be desired - it declined 3.3 per cent in April-September this fiscal.

This is precisely what NBFCs such as Edelweiss, Indiabulls Housing, IndoStar Capital, Dewan Housing and IIFL Group, among others, are cashing in on as they remain optimistic about the funding scenario. On an average, they already have a quarter of their assets devoted to the small scale sector. In the case of Edelweiss, the sector accounts for a good 60 per cent of its total assets at about Rs 2,500 crore.

NBFCs normally lend in the secured category, thereby ensuring minimal defaults. On an average, NPAs from their SME books are under 0.3 per cent, many of them told PTI. According to a recent Crisil report, loan against property segment for SMEs is expected to grow by Rs 5 lakh crore by 2018-19 and NBFCs are expected to contribute nearly half of this.

According to the latest RBI data, bank credit to SMEs declined 3.3 per cent to Rs 3,67,500 crore as of September 18 this fiscal. RBI classifies all loans to MSMEs as priority sector lending and all banks are required to extend 60 per cent of total MSME sector advances to micro enterprises. As per a recent Dun & Bradstreet report, aggregate borrowings of SMEs grew 13.3 per cent in 2014-15.

"While 25 per cent of our loanbook of Rs 4,000 core is unsecured SME lending, our secured lending to them is much higher, taking our total exposure to over 60 per cent of our loanbook at around Rs 2,500 crore," Kothuri told PTI. Its loan ticket size varies from Rs 10 lakh to Rs 30 crore and the company does not demand collaterals up to Rs 50 lakh, he added.

Indostar Capital's SME head Ashish Kohli said, "Loan against property (LAP) remains the most profitable asset class for NBFCs despite increasing risks and moderation in yields following rising competition. There are several reasons for the SME sector to prefer NBFCs to banks and the most important reasons are the low turnaround time and easier documentation."

The city-based IndoStar is promoted by private equity firms Goldman Sachs, Everstone Capital, Beacon India and ACPI Investment Managers. Kohli further said the company expects to grow its SME book 20-25 per cent by 2016-17 though he did not say how big is the present SME loanbook for his company. Its total loanbook stands at about Rs 4,000 crore.

To increase its reach, the company is taking all possible measures, including expanding locations and focus on directly approaching customers. He also expects this to rise, going forward. Indiabulls Housing's mortgage business head Sachin Chaudhary said the company's SME loanbook constitutes 25 per cent, or Rs 1,500 crore, of the total advances. However, he does not expect an uptick from this level as its focus is more on home loans in a falling interest rate environment.

He said the company normally lends to small players in manufacturing and trading segments with an annual turnover of Rs 5-6 core and net income Rs 25-30 lakh. Asked about the NPAs, he said it's at the lowest at 0.3 per cent as the company is only into fully secured lending. Large NBFC IIFL Group has also joined the bandwagon recently.

IIFL MD R Venkataraman told PTI that small business loans are important for any NBFC due to the sheer size of the SME and MSME market. "We have started lending to SMEs and these are the initial days for us. We have seen great demand in a very short period. We assume it will be one of the major growth areas in our loan portfolio, given entrepreneurship fever catching up," Venkataraman said.

"With the government focus and many investors available, I believe this segment is going to be very big." Dewan Housing Finance, which started SME lending only last December, has seen a massive growth with its loan book crossing Rs 1,000 crore.