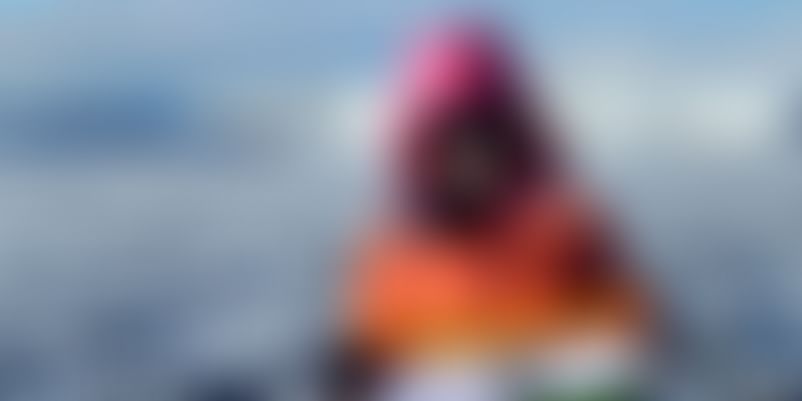 From the 2002 batch of the Uttar Pradesh cadre, IPS officer Aparna Kumar has become the country’s first civil servant to scale Mount Vinson Massif, the highest peak in Antarctica. She achieved the feat on January 17, 2016. Aparna is posted as the DIG (Telecom) in Lucknow. As reported by The Times Of India, a fascination for mountaineering equipment prompted her to enrol, first, for a month-long basic mountaineering course at Atal Bihari Vajpayee Institute of Mountaineering and Allied Sports in Manali in October 2013, and then an advance course in July 2014.

Aparna set out on the Antarctic expedition on January 5, accompanied by a 10-member team of mountaineers from various countries. “Compared to the Mount Everest climb it won’t be that difficult, but it’s the weather we will be fighting more than the mountain. The temperature falls to around -39 degrees, so you can imagine how difficult it is to maintain form at that point of time. I have done special training in heavy sledge pulling, which will help me out there. Exercises like the tyre drag were a part of my routine,” she had said in an earlier interview, as reported by The Huffington Post. With Vinson Massif under her belt, Aparna has now scaled 5 of the 7 summits considered the most challenging for mountaineers in the world.

Though Aparna suffered from mild frostbite, faced loss of communication and lost over six kilos, she was exultant as she climbed the peak and waved the Indian national flag. She recuperated and returned to India on February 5.

Aparna is the recipient of the 2015 ‘Rani Lakshmi Bai Puraskar’. Uttar Pradesh Chief Minister, Akhilesh Yadav, bestowed this honour on her for her achievements in March 2015. She was also honoured with the special DGP Commendation Disc on eve of the Republic Day this year, reports The Better India. The tireless mountaineer has set higher goals for herself. She plans to scale Mount Everest in April-May, and Mount McKinley in Alaska in July-August.