How I wrote my book like I was building a product 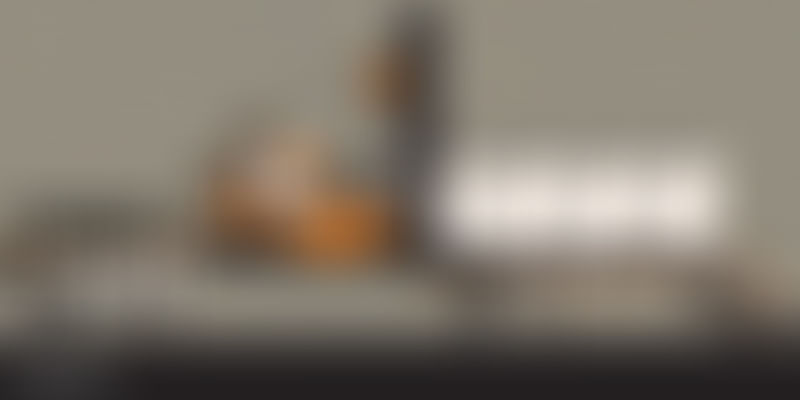 Last year, on a dusty summer afternoon, sitting in the cool basement of my new home in New Delhi, I started writing the first chapter of my yet untitled book. I called the chapter ‘The Five Stages of Grief’ and transported myself to a defining day in my life as an entrepreneur, the day I was fired from my first job in 2001.

The story of that day demanded the backdrop of the 1999–2000 dot-com bubble. As I segued into stories in flashback, I was unable to do justice to the story of that day, and vice versa. It was worrying me no end that the first words of a first-time writer were just not flowing beyond the first few pages. How would I write a whole damn book!

Yet there was a larger worry that dwarfed the challenges of painting the first picture on a spacetime canvas – lack of clarity about the table of contents and architecture of the overall book. It was similar to the feeling on the first day of building a new technology product.

Like many, I had harbored the aspirations of writing a book for many years. Like many, I might have taken that to my grave unless Kapil Kapoor of Roli Books had called me after reading my blog post on Brown Paper Bag Mumbai reviewing the first episode of TVF Pitchers. One thing had led to another and I started penning down a book. I showed Kapil a draft of my first chapter and he encouraged me to take my time to tell the stories of the dot-com days as a separate chapter. I had fallen in love with the idea of starting the book with that dramatic day and resisted the suggestion. Instead, I came up with an incoherent table of contents and convinced myself to write a later chapter first. It was my most horrible mistake.

Like all horrible mistakes, you know it when you are living it. I was writing stories from the present day because I thought they would flow fast and thick, being fresh on my mind. The stories were flowing but they were missing the point. If I tried to make the point, I was missing the stories. I was starting to do what I had promised myself not to do – to get pedantic and lecture about what is right and wrong. To get to the point through other stories, I had to build up the stories in the past, which I had yet not written. Once again, I found myself writing flashbacks, thus rushing the stories of the past and making the current story incoherent. It had been three weeks and I was stuck. It’s always the recurring mental roadblocks that make you lose belief.

Kapil encouraged me to first write the introduction. I was writing the table of contents on my whiteboard and then erasing it daily, sometimes hourly. How could I introduce a book that I did not myself know yet! By now, I had learnt the fallacy of writing the later chapter first and knew that I had to write from start to finish in chronology. So if the book were to happen, I had to write that introduction first. There was no other option. I wrote an introduction and then wrote a new first chapter – The Internet Changes Everything – biting the bullet to relegate my first words to the second chapter. There was flow. The structure of the book was yet unclear, but the structure of the intro and first two chapters started taking shape. It was not perfect but it was readable. It was my MVP – minimum viable product.

The chapters had been written in Google Docs so I would have access anytime/anywhere and could easily share it with people. I created a new document with the table of contents and then linked the chapters that were ready to read. That way the one link would give people access to the whole book as I wrote it. I did not need to send one every time I wrote a new chapter in a new doc. This was life as usual in product management, but it was a first for Kapil. I shared the link to the table of contents with a dozen hand-picked friends who represented my target reader base and promptly created a WhatsApp group with those friends. This way they could write back without waiting for me to call them. One person’s feedback would egg the others on to read the draft too and write something back. This was my Beta website and my early user base.

As I started getting feedback and few people told me the same things, I took it as gospel. Do more of the stuff people found good, remove the stuff people found bad. The iterations began and the product started flowing. I put in some solid research behind chapters three and four – Sand Hill Marg and This-of-That Investing, respectively. My journalist friend Shrutika Verma and angel investor friend Rohan Malhotra fell in love with that content. They could not get enough of it and were curious about my sources. At the same time, my voracious reader friend Jyotsna Alluri and entrepreneur friend Harpreet Grover found the chapters encyclopedic and an abrupt departure from the tone set in the first two chapters. I had to make a decision about who I was writing for, industry insiders or the digital consumer, global or Indians. I had to sharpen my target customer. I chose the Indian digital consumer.

I knew that it was a dangerous move to consider the feedback as representative because everyone who had read it were those who knew me personally. This heavily biased their response to my personal stories, their patience with it and their desire to read more of it. From the start, I was allergic to the idea of a biography, yet focussed on delivering a product with high engagement and user love. I struck a new balance and wrote the next two chapters – Level Playing Field and E-commerce. All of a sudden, the icons on top of a Google Doc that indicate that people are currently reading started to light up. I would occasionally wake up at night after a heavy day of writing because I could not go back to sleep without penning down the idea or correction that woke me up. When I opened the doc to edit, I would see many icons lit up and actively reading. I would see the table of contents page and a third to half the people I had sent links to had it open. The next morning, I would wake up to WhatsApp messages sent in the middle of the night cursing me for keeping people up at night and asking when the next chapter was coming. I knew the product had found the secret sauce to drive addiction.

Now, I knew exactly what I had to go back and change in the first four chapters of the book. I knew exactly what I needed to deliver in the next four that I had not yet written. The table of contents magically fell in place and I modified the introduction to reflect that clarity. I sent the link to my book to about 15–20 more people. The engagement levels were consistent. The feedback fortified the identity of the book and new feedback was now about style, grammar, content mix, and fact checks. The remaining chapters were written at the pace of two to three a week.

At the start of August 2015, I had an instinct that the irrational exuberance in the Indian startup ecosystem had peaked and was looking for an external trigger to prick the bubble. My book led up to exactly that scenario and I would have a once-in-a-lifetime opportunity to time the launch of my book with that event. This made me write like a maniac. I started preparing Kapil to get ready for launch much earlier than he was planning for. The target date moved from February/March 2016 to December/January. When the China market crash at the end of August provided the trigger I was preparing for, I delivered the first draft of the manuscript, two weeks ahead of the committed deadline. My ability to deliver the accelerated product relied on the lean startup-like iterative learning that eliminated wasteful effort and maximised productivity. Imagine hearing the feedback of information overload versus personal story for the first time after the manuscript. It would have taken months to correct it with a re-write, if I was bold enough to consider the feedback and undertake such a mammoth task.

As we rushed to find an appropriate editor ahead of plan, I started pressuring Kapil to launch the product before Diwali, along with the Diwali discount wars of e-commerce companies. As we drew out the plan, it became clear that the earliest launch would be after Diwali in mid-November. We came up with another idea to time the launch with the market meltdown. Like the early sign-up page of a product that is yet to be released, we started taking pre-orders on Amazon and Flipkart. Like blog posts building up anticipation of a product launch, I started writing in Mint and YourStory about current topics around the themes of the upcoming book and started signing off as author of soon-to-be-released. Due to the demand for the contrarian viewpoint, the leading journals were happy to publish. Citing me as author of the book only added credibility to the viewpoint.

As Paul Graham wrote about startup products “Better to make a few users love you than a lot ambivalent”, The Golden Tap now has nearly 100 reviews on Amazon (between India and US stores) and over 100 ratings on Goodreads. On both forums, it is rated higher than top books it is rubbing shoulders with – Zero to One, Hard Thing about Hard Things, The Lean Startup, Steve Jobs, etc. The hardcover edition is nearing sold-out and we are preparing for a paperback launch. Just as Techfest at IIT Bombay goes down in my personal history as my first startup, The Golden Tap will remain a startup product I have built as an entrepreneur.