Valuation markdown — Is it really game over for Flipkart? 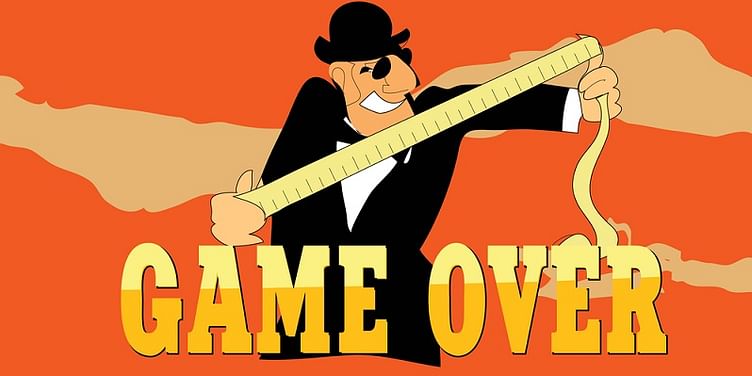 Earlier this week, the startup world was abuzz with heated discussions and analysis of a certain development.

No, it wasn’t the Indian budget.

Or the Indian cricket team beating Pakistan yet again.

Or even Priyanka Chopra’s star turn at the Oscars.

Instead, it was about Morgan Stanley marking down it’s investment in Flipkart.

…to ones that are well, simply gormless.

FLIP will be worth less than invested capital by the time they see operating break even. Bet me a grand each who disagree.

Equally predictably, the media took this up with a vengeance.

…to predicting a “harsh winter” for all Indian startups…

But also predictably, they were all wrong…

The small picture — the Devil in the Details

So how much did Flipkart actually “lose” in terms of valuation due to this markdown?

Despite all the brouhaha, Morgan Stanley didn’t mark down Flipkart’s valuation — they couldn’t do so even if they wanted do — all they did was mark down the value of their own holdings of Flipkart shares.

So Flipkart’s valuation didn’t change or wasn’t reset in any way. Morgan Stanley only marked down the value of the 0.5% of Flipkart shares that they own by a certain percentage.

Why did they do this?

Funds routinely mark their holdings up or down — each fund has its own way of assessing these fluctuations and more importantly, these are tightly coupled with the class of shares they own, tempered by the covenants and terms and conditions of the investment. Every aspect of the original investment ranging from seniority of liquidation preferences to anti-dilution rights influence these calculations. Beyond this, each fund has its own unique way to compare their private holdings with some comparable public peer and modulate the final result duly.

If this measure of using a fund’s internal value assessment to deduce a startup’s valuation was correct, Flipkart would be simultaneously valued at both $11 billion and $15.2 billion!

Also, if one of these funds with just half a percentage ownership in Flipkart tomorrow doubled the assessed value of its holdings, would Flipkart then be valued at $30 billion?!

It is therefore quite clear that the reactions to this markdown is an absurd “tail wagging the elephant” overreach.

Which brings us to the next point…

The valuation of Flipkart, or indeed any other startup, is truly pegged only when the company is sold, listed or raises a meaningful new funding round. Anything other than this is just accounting calisthenics and not worthy of not nearly as much attention as it is currently getting.

The Big Picture — Missing the forest for the trees

This markdown has also set off a number of stories postulating how this impacts Flipkart, and more broadly, the larger startup ecosystem.

Beyond its position as India’s leading e-commerce company, Flipkart is a totemic brand that has pushed the envelope in terms of what a startup in India is expected to do or can do so far ahead of everyone else that all the sniping seems completely uncharitable, self-serving and misplaced.

As far as funding goes, it seems churlish to speculate on Flipkart’s ability to raise more. Keep in mind that no other Indian company has raised even half as much as Flipkart has so far, and they are the past masters at a startup skill that is often given short shrift.

But what about the rest of us? Does this valuation markdown imply tough days for Indian startups in general.

Firstly, don’t confuse the symptom with the cause. Flipkart’s markdown is a symptom of a larger shift in sentiment in the VC world. While there are many precipitating factors for this shift, they are well beyond the control and influence of an Indian startup and so are meaningless to analyse and rationalize. So ignore the scaremongering.

Instead, let’s see what has changed on the ground.

In the last few years, the entry of funds like Tiger Global has changed the landscape in many perceptible ways. While there has been a great increase in the valuation and corpus expectations at all funding levels, the more important change that this has brought about is that for the first time ever, Indian VCs developed the fear of missing out. If Tiger could come in at a seed or Series A level and take a funding decision in a single day, Indian VCs who traditionally took six months or so to approve a deal were in deep trouble.

This prompted an extreme over-reaction where every VC would try to emulate Tiger and throw the switch as quickly as possible before Tiger ate their proverbial lunch.

Unsurprisingly, this gold rush lead to many bad practices. From overfunding particular “hot” sectors like food delivery to idiots like Rahul Yadav and crooks like Sandeep Aggarwal cornering huge corpuses well beyond their means and merit.

Now that Tiger seems to have pulled back, sanity is returning to the funding scene. Due diligence cycles are taking longer and meaningful questions are being asked about unit economics and burn rates.

No one can argue that this is not a good thing. This is not the “bubble bursting”, rather it is a “return to the normal”.

But thanks to Tiger’s largesse , every single Indian VC fund has managed to raise huge follow-on funds on the backs of valuation markups in their existing portfolio companies and so there is a ton of dry powder waiting to be deployed. Also, even though there is no perceptible fear of missing out now, VCs seems generally more transparent and respectful of entrepreneurs.

So in a sense, this is a “new normal” — one that will undoubtedly benefit good startups that merit funding.

All in all, what we are facing is not winter.

It is the best of times.

The article was first published here.