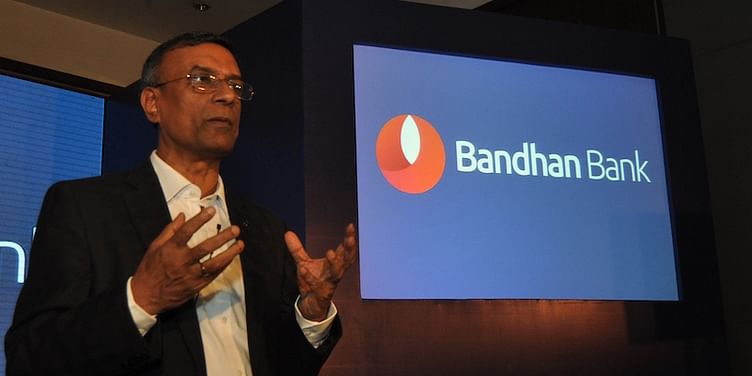 Moved by the plight of poverty-stricken women in West Bengal villages, and seeking to empower them with loans to start small businesses, Chandra Shekhar started a microfinance company with a tiny capital of Rs two lakhs in 2001. Chandra Shekhar himself came from a poor family. “I was born in 1960 in Ramchandrapur village in Greater Tripura where my father ran a small sweet-shop,” he told The Weekend Leader. “I was the eldest of six siblings in a joint family of fifteen,” Chandra Shekhar added.

The income from the shop could barely feed the family and his father struggled to provide education for his children. Chandra Shekhar studied up to Class XII in a government school in Greater Tripura and then Statistics at Dhaka University, Bangladesh, in 1978. To pay for his fees, Chandra Shekhar gave private tuitions. The life-changing moment came in 1985 when, after completing his Masters, Chandra Shekhar joined Dhaka-based BRAC, an international development non-profit working for women empowerment in small villages in Bangladesh. “The condition of women brought tears to my eyes,” he says. “Ill-treated by their husbands, they were confined to their houses and deprived of health facilities,” Chandra Shekhar recalled.

Chandra Shekhar worked with BRAC for more than a decade before coming to Kolkata in 1997. In 1998, he began to work for Village Welfare Society, a non-profit, to create awareness among people about their rights. Travelling extensively in villages, he found the situation of the women here no different than in Bangladesh. “Women could stand on their feet only if they had the money to start their businesses, but most were illiterate, had no knowledge of banking and were exploited by private money leaders,” stated Chandra Shekhar. That was when Chandra Shekhar decided to start a microfinance institution to provide loans to women, but he had left his job and was finding it difficult even to make ends meet for his mother, wife and son. His brother-in-law came to his rescue and handed him Rs 1.65 lakh. Ghosh raised an additional Rs 35,000 from a private lender and with Rs two lakh he started the microfinance company, with just three employees.

Bandhan-Konnagar, a non-profit, with microfinance as its main component, came into existence in July 2001 at Konnagar. “The name Bandhan was chosen with care as it means togetherness, I was on mission to connect society,” said Chandra Shekhar. “I travelled to small villages in Hooghly district to convince women to taken loans from us for their business or fund their children’s education, but initially they eyed me with a suspicion,” he added.

The ground shift occurred in 2002 when the Small Industries Development Bank of India (SIDBI) agreed to provide a loan of Rs 20 lakh to Bandhan-Konnagar. Another branch of Bandhan came up in Bagnan in Howrah district, around 40 kilometres from Kolkata, the same year. The next year, Bandhan provided loans of around Rs 15 lakh to 1,120 women. In 2009, Ghosh registered Bandhan as a NBFC (Non Banking Finance Company) with the Reserve Bank of India (RBI). In April 2014, it got the nod in principle for a bank licence from the Reserve Bank of India (RBI) and the final approval to start operations came on 17 June 2015. To date, Bandhan’s microfinance programme has given loans only to women, the majority of them in rural areas, and changed the lives of an estimated 79 lakh women.