Why Tata Motors is going through a startup revolution from within 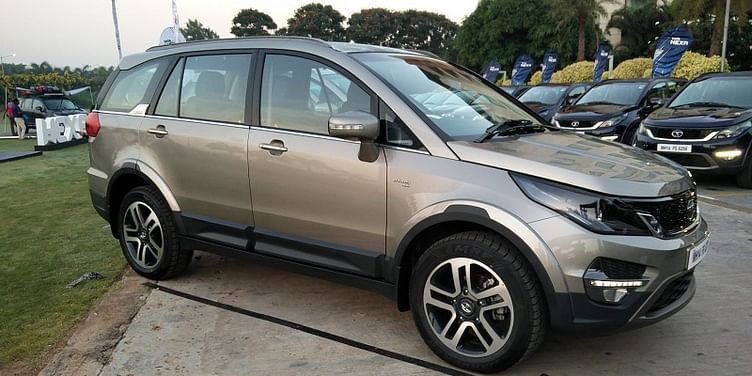 Guenter Butschek, Girish Wagh, Timothy Leverton, Pratap Bose and Mayank Pareek are five leaders at Tata Motors who have the responsibility of turning around the company's passenger car division. Three years ago, the company launched its HorizonNext strategy, where it has consciously tried to reinvent itself and has focussed on four pillars: product focus, world-class manufacturing, customer purchase experience and quality of service. This focus has finally paid off with the development of the new SUV Hexa, which will be launched in early 2017.

However, this journey began with the launch of the Zest, the Bolt and the Tiago over the last three years. Under new CEO Guenter Butschek, the company plans to collaborate with startups to learn, and also to unlearn some of the processes that limit its time to innovation. "We need to work with new ideas and make them collaborate with our global teams. Startups are an important aspect of this journey for us," says Butschek.

By 2020, sources say that there will be five more launches, with Tata Motors expecting to revive its home business. It would have invested close to $3 billion by then to make the passenger car division world class. Unfortunately, their marquee brands Jaguar and Land Rover have been forced to take up the role of the bread winners for the company for the last six years. The domestic business suffered two years of losses before turning the corner this year. On a consolidated basis, Tata Motors is a $41 billion company. It has also chalked out plans to find innovation outside of the company and is willing to learn from startups.

"With the Hexa, we truly have a car that is globally designed and integrated in Pune. It's every application is thought through with the current generation of consumers in mind," says Girish Wagh, senior VP and Head of project planning and management at Tata Motors. He says the company worked with 17 suppliers across three continents to make the car match up to future standards.

Working with startups and connected drives

The company has consciously laid out plans to work with startups to design apps and also integrate these apps with the car. The experience over the last two years has been a mixed bag. So far, it has worked with 10 startups and has tried to figure out how it can create experiences for the consumer at the dealership level and at home. Unfortunately, the company has not met with any great success with startups. "We need to reinvent our methods and set to work with companies that can think out of the box. It is important to expose these startups to our platforms, and these startup founders need to be able to use our platforms to show us what we are missing," says Butschek.

Dr. Timothy Leverton, who heads advanced and product engineering, believes that a car is no longer a commute vehicle. He considers it to be a device that can integrate several cool technologies like machine learning, mesh networks, payments, Artificial Intelligence and gamification of consumer experiences. "We are looking at finding ideas that can prepare Tata Motors for the future. Honestly, even globally, automakers are just about finding their way to adopt technologies provided by disruptive startups,” he says.

He gives the example of how a startup helped a global consumer major use data generated from connected toothbrushes. The startup analysed the time taken to brush the teeth and it figured out how long an individual would take to come out of the house and book a cab. This data were crunched using a taxi aggregator’s numbers of the periodicity of bookings made at a particular time and matching it with data from the toothbrushes.

"The future is clearly about collaborative business models, and this is because the world is connected on several devices, the car being one of them," says Dr. Leverton.

The new SUV Hexa is built with this future in mind. Although it does not have all these future technologies, it does have features that connect a smartphone to the car, and the data of the car are synced to the phone. There are five apps that allow the car to be in constant touch with the consumer.

The quest is to make the company win much-needed brand credibility. Its tryst with cheap and functional diesel cars has only served to associate the brand with taxis. The world's greatest experiment, the Nano, perhaps the most practical small car in the world, fell away to negative campaigns and a misplaced brand narrative. It, however, carries the legacy of Ratan Tata's vision of changing the Indian economy with enviable engineering talent.

"The SMB clusters across India have been built by Tata Motors and several other automobile companies. High precision manufacturing will change the way SMBs serve OEMs, and this can happen through not just investments, but by making technology available to these SMBs," says Pawan Gupta, Founder of Connect2India, a web-based consulting company for Indian SMBs.

This year, the Indian passenger car industry can witness sales of more than three million cars per annum. By 2020, that number may well reach four million. By then, Tata Motors could perhaps be the most innovative automobile company, fostering entrepreneurship and creating business models that are collaborative and essential for the growth of the mobile economy.