Can the UN remain relevant to the purpose of global peace in the new world order? 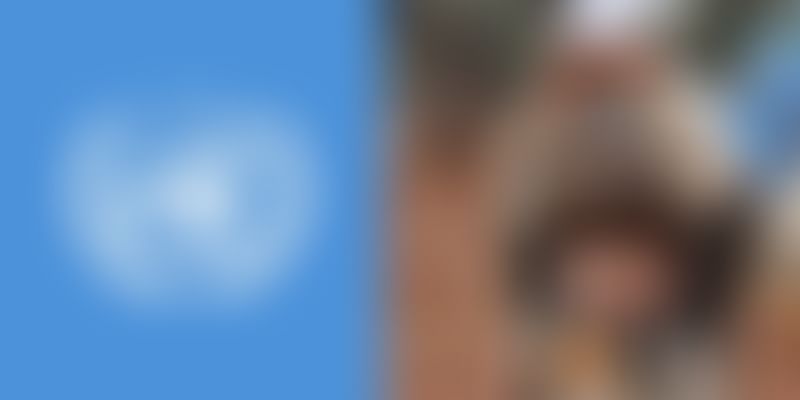 In June 1945, as the League of Nations crumbled in Geneva, 50 countries congregated in New York to sign the United Nations (UN) Charter to protect and promote peace, and prevent the horrors of the World Wars from repeating. The UN officially became an international body when the five main countries, or the Big five – China, Russia (then Soviet Union), the United States (US), France and the United Kingdom (UK) – along with a majority of other members, ratified the charter on October 24 the same year. Though the Cold War period greatly hindered the UN from making much headway, its end marked the beginning of greater humanitarian efforts by the organisation around the world. Today it has 193 member nations, six councils, 40 programmes and specialised bodies, 16 peace operations, 44,000 staff members and close to 120,000 peacekeepers or “blue helmets” working for it worldwide.

Its most notable efforts have been to reduce world hunger and protect children. The World Food Programme (WFP) shares the responsibility of providing food with countries, feeding over 100 million people globally each year. Similarly, the United Nations Children’s Fund (UNICEF) works to safeguard the rights of children, decrease child mortality, increase education and bring them out of poverty. It has helped save the lives of 90 million children since 1990. The UN has made its mark in the promotion of health and welfare as well. The World Health Organisation (WHO) ran an immunisation campaign for nearly 13 years to eradicate smallpox, a goal which was finally achieved in 1980. It has also made remarkable progress in maternal and child health and in its fight against HIV/AIDS.

The United Nations Development Programme (UNDP) operates in 170 countries to eradicate poverty and promote economic and social equality. In India, UNDP has partnered with several government ministries like railways, home affairs, tribal affairs, new and renewable energy, and health and family welfare to help the country achieve its development goals. It helped Haiti recover after the 2010 earthquake and improve primary education, water access and health. As a development organisation, it has the largest presence in Syria, where it helps citizens rebuild and provides temporary employment opportunities and basic healthcare among other services.

The United Nations High Commissioner for Refugees (UNHCR) helps refugees and displaced people with basic necessities around the globe. It provides food, shelter, clothes and medical assistance, even in high-risk, war-torn areas. The agency is trying to assist millions of refugees who have fled Syria, Sudan, Ethiopia and other countries in recent years and many more who are internally displaced. Additionally, the UN’s climate change initiative through the United Nations Framework Convention on Climate Change (UNFCC) has led to the adoption of the Kyoto protocol and the signing of the Paris Agreement in 2016, to reduce carbon emissions and global warming. In terms of promoting arms control, the UN, though unable to secure disarmament of nuclear weapons or the proliferation of nuclear arms, managed to ensure commitments on the part of major powers for responsible use.

But despite its many merits, the organisation’s failings, especially in its peacekeeping missions are too large to disregard. Sierra Leone and Burundi might be hailed as UN success stories  for the peaceful resolution of conflict, but the Rwandan genocide is remembered to this day as one of its biggest failures. The UN ignored warnings of planned killings in Rwanda and withdrew its peacekeepers in 1994 at the start of the genocide which led to the death of nearly one million people. The massacre of 8,000 Muslim men and boys in the Bosnian town of Srebrenica (which was supposed to be a UN-declared “safe area”) in 1993 by Serbian forces is also partly blamed on the UN, whose ill-prepared Dutch peacekeepers were outnumbered and either withdrew or surrendered, and had to watch as families were separated and men killed. Security Council members refused to strengthen troops in the area while the British and French commanders leading the peacekeepers delayed in seeking assistance from the North Atlantic Treaty Organisation (NATO). Despite earlier requests from the Dutch commander for air support, NATO refused several times. Somalia, too, is a part of this list, with a UN official describing it as “the greatest failure of the UN in our lifetime.” The peacekeepers were treated with hostility in the country and several soldiers of the US army were killed and paraded through the streets. US troops withdrew from the area in 1995 after a Black Hawk helicopter was shot down during the Battle of Mogadishu. Its slow response to the Darfur conflict was disapproved of as well. Despite condemning the attacks, it waited three years before sending in troops, and even then only 200 UN soldiers were dispatched.

Reports of sexual abuse by peacekeepers in conflict areas have been a major embarrassment to the UN. The soldiers, whose duty it is to uphold peace and protect the victims of war, have on many occasions carried out such violation in Kosovo, the Democratic Republic of Congo (DRC), Bosnia, Cambodia, Haiti and other countries. They were accused of engaging in sexual activity with underage girls, orphaned children and women forced into prostitution at brothels. Though the first study was published in 2005 and allegations of abuse continued to surface over the following years, it was only in 2016 that the UN passed a resolution to confront the problem.

The organisation faced similar humiliation when the UN oil-for-food programme in Iraq backfired. Due to economic sanctions on the country, its population was suffering from a lack of basic amenities. Hence, the programme was designed to let Iraq sell enough oil through the UN alone, to meet the food and other necessities of its citizens. However, UN employees were found to have been involved in unethical practices and mismanagement of the programme. Close to half of the 4,500 companies involved in the programme were accused of paying illegal kickbacks and surcharges to the Iraqi government, as a result of which Saddam Hussain pocketed nearly two billion dollars.

The UN has also been criticised by many for its autocratic functioning, red tape and resolutions that don’t entirely translate into action. The balance of power in the UN is still the same as when it was first formed in 1945. The Big Five continue to be the only permanent members of the Security Council and hold the power to veto votes. The danger from this was evident in the recent opposition from Russia and China to refer to Syria to the International Criminal Court. The two countries vetoed the resolution supported by 65 countries and all other members of the Security Council, thereby preventing victims from testifying against perpetrators of war crimes at The Hague, regardless of their position or affiliation. Secretary General Ban Ki-moon admitted to the UN failing in Syria due to internal power divisions.

However, this isn’t the first time the UN surrendered to the individual power of its member nations. When Vietnam entered Cambodia in 1979 and overthrew Khmer Rouge, members of the regime, who were responsible for the atrocities and deaths in the country during their four-year rule, could have been brought to justice by the UN. But China and Thailand protected and financed the forces that managed to escape in order to end Vietnamese occupation in Cambodia. The US and UK also supported the Khmer Rouge because of Cold War policies and animosity with Vietnam and allowed them to evade justice and kill more thousands of Cambodians.

In its 71 years of existence, the UN has had its share of commendable successes and tremendous failures. It was meant to be a representation of unity among countries for the collective benefit and development of humanity, but power struggles and national interests get in the way of fully realising that vision. The UN stays relevant today due to its initiatives for social development, but its importance in the political spectrum, to maintain peace and diplomacy between countries, is weakening. Its inability to resolve international and civilian conflicts, the aim with which it was set up, brings to question if the UN is on its way to becoming obsolete.

China’s blatant rejection of the UN Tribunal’s ruling on the South China seas and continued activity in the disputed territory at the risk of war is a case in point. War and terrorism continue to ravage the Middle East, Africa and several parts of Asia, and UN interference is proving to be of marginal consequence. If the UN is to stay true to its objectives, there is a need for reorganisation in terms the new geopolitical order. The old forces alone cannot control the reins anymore. Democratic working and strong leadership are necessary for it to be effective. More importantly, the global community needs to put aside differences and come together for international peace, a feat that seems almost impossible in the present political climate but isn’t entirely unattainable. Without such cooperation and changes in the power structure, the UN indeed risks dying out like its predecessors.