'I have changed the strategy but the struggle is the same': in conversation with Irom Sharmila 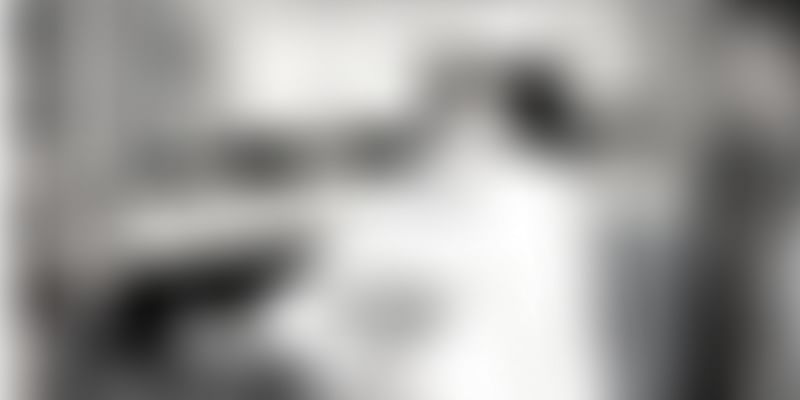 In an exclusive interview with SocialStory, the Iron Lady of Manipur shares perspectives on her 16 years-long hunger strike. She also discusses how she came about to start a political party and is now crowdfunding for it.

Looking at Irom Sharmila’s hunger strike is like ploughing the soil – it unearths the flaws in our democracy like ploughing would bring out the worms. Here, she sheds light on where we, as a country, are failing, and what we can do about it. Understanding this, and her role as a social and now a political activist, is the need of the hour.

“Wake up brothers and sisters

The saviour of the nation

We have come out all the way

Knowing we all will die…”

These words are a testament to the fact that while the body can be confined, the mind cannot. Irom Chanu Sharmila wrote these words in the special ward of the Jawaharlal Nehru Institute of Medical Sciences, where she was confined and force-fed for the last 16 years. Much has been said in praise of this epic hunger strike, and the unparalleled determination of this woman. But let’s take a moment to let that percolate – 16 long years of undeterred resolve. Does that not toll like a bell in a quiet room?

If one had to look at it pragmatically, and not merely in awe of this effort, this decision to fast, and continue fasting like she did, seems incomprehensible; especially so for the younger generation that knows best the art of moving on.

How then, do we understand the activism of Sharmila? Since the day she vowed to fast till the repeal of the draconian Armed Forces (Special Powers) Act (AFSPA), there has continued to be innumerable cases of Human Rights abuse. AFSPA may have been lifted from certain assemblies of Impahl but Manipur is still plagued by fake encounters, disappearances, tortures, corruption, and extortions. A three-judge bench appointed by the Supreme Court in 2013, to probe the allegations of 1,528 cases of fake encounters, found the very first few cases to be extrajudicial encounters, clearly indicating the nature of the rest.

These, among the vast sea of unreported cases of abuse, and not to mention, the few that reached the spotlight like the rape and murder of Thangjam Manorama have formed thick smog over the state of Manipur. Surely, Sharmila’s ward didn’t keep this from her view, and surely, it must have shaken that resolve. And so, in my naiveté, and in my need to understand her activism, I ask her: Did you ever question your decision to fight the State through a hunger strike?

Her answer, profoundly simple, was the spark that started a wildfire. Suddenly, the role of her activism, the pawns it conquered, and the pawns it lost, became visible as if on a chequered board of a game of chess.

The need for a new strategy

In this game of democracy, Sharmila’s decision to stand for elections is not, contrary to what many believe, one that reflected failure. “People did not know why I quit my hunger strike, they thought Sharmila diverted from her struggle. I explain to people that I have just changed the strategy but the struggle is the same,” she asserts. “I was looking at AFSPA as a human rights issue, but here it is a political issue. If the CM has the power to repeal AFSPA, I will become the CM.”

“I realised that even if I continue my hunger strike for another 16 years, it will bear no fruit.” But one would wonder, why the change in strategy now when she didn’t question her decision in the past 16 years? The argument again circles back to the efficacy of her hunger strike – why did it fail to bear fruit? But the fact that goes amiss in the several discussions around her new decision is that it was not Sharmila who failed, but it was the people who failed her.

The potential of civil disobedience that remains untapped

Sharmila’s non-violent approach to the Malom massacre reflects her reverence to Gandhian principles. Considering that similarity in resistance, one would wonder what worked for Gandhi that didn’t for her. “Maybe all of India wanted that and now here no one cares about Manipur.” She says, not out of self-pity, but as a matter of fact, making that truth all the more dismaying.

When Gandhi set out on his Dandi march, the target of his civil disobedience was the tax levied on salt. This was an issue that affected every Indian, and especially the poor, because salt was among the basic necessities of life. And so, Gandhi’s non-compliance was universally felt. It triggered a mass movement that resulted in over 100,000 arrests.

In contrast to that, Sharmila, dubbed the Iron Lady of Manipur, was the lone pillar supporting a fractured democracy when her cause needed equally strong-willed iron pillars sharing the burden. “People at large should have joined the movement, as it is for all of us. Not alone my responsibility,” she says, as she has done repeatedly, voicing her disappointment in the extent of support she received.

“There were Civil Society Organisations who helped my struggle get recognition,” and people all over the world standing in solidarity, and although Sharmila has been grateful for it all, one cannot deny that the mass movement she expected possibly lay beyond solidarity.

The most successful mass movements have in common, not the change in policy they created at the bargaining table, but their symbolic properties that have swayed public opinion, and altered the political climate. In other words, they amassed immense public support. This evidence again stands out in history.

Gandhi’s Dandi march didn’t produce tangible results at the policy level and has been considered by many as a failure because the Irwin pact that followed was a disappointing loss at negotiation. Martin Luther King Jr’s Birmingham’s campaign, too, fell short as the settlement couldn’t successfully desegregate the city. Both these movements, however, have still been pivotal mass mobilisations in history simply for the momentum they created.

If one had to ruminate with this perspective, one could simply imagine an alternate past wherein Gandhi was the only individual imprisoned throughout the freedom movement, and conversely, an alternate present wherein Sharmila had fellow political prisoners. The implications in each case would be too staggering to imagine.

And yet, all is not lost

In light of historical movements, it also becomes clear that Sharmila’s fight is far from over. Successful mass movements have a trait in common other than that of fuelling momentum – they adapt to new challenges and in turn, present news ones to those in power. And this is exactly what Sharmila is planning to do now with her independent political party, People’s Resurgence and Justice Alliance (PRJA). The ‘Resurgence’ in the name is in itself indicative of a fight that is not yet over.

Sharmila can now be seen campaigning on her bicycle, a passion she had dearly missed while in confinement. The party has plans to introduce a 33 percent women reservation bill, an anti-corruption bill, create self-sufficiency in terms of employment, and responsibly use Manipur’s natural resources for its development.

She plans to “build peace in Manipur among all the people from the valley and hills bringing them together,” which will be a significant achievement as one of the underlying reasons for a lack of complete support for her cause has been the communal conflict rampant in the state, which also remains the government’s justification for the continued presence of AFSPA.

The same simplicity and straightforwardness with which she took on and continued her hunger strike, will possibly work greatly to her advantage in her political endeavour. How, you ask? Because Sharmila is going to stand out in the corruption-riddled, power-hungry political game.

“I am a simple person and want to fight elections with all my heart and honesty. I have no money and also don’t want to use money and muscle power in elections,” she says, condemning the practice of buying votes with money. She is crowdfunding her political campaign and is confident of the support she will receive. “They know that the party and I are honest, so they will support.”

Now 44, Sharmila’s continued faith in people is possibly more poignant than her will to go on. She fights against a democracy that has made room for a draconian law such as AFSPA. It is perhaps this faith that can heal democracy, which is, after all, backed by the strength the common man. Urging people to uphold the values of such a democracy, she concludes, “My struggle is my message to the people.”