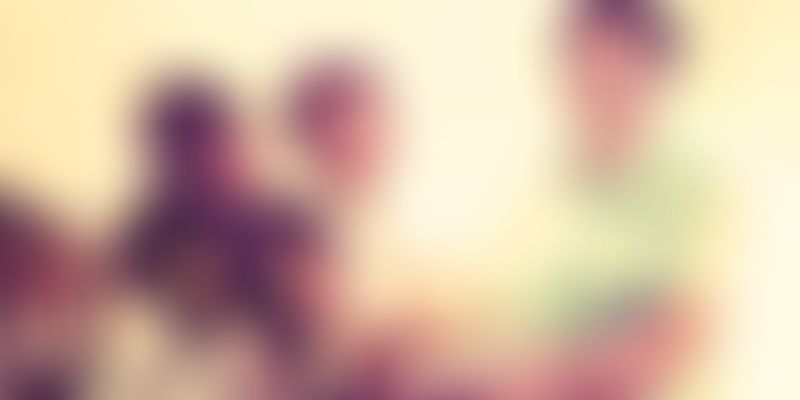 The 37-year-old entrepreneur plugged leakages caused by legacy assets and ruthlessly removed people who did not want to align with his vision.

Driving into Madurai district, you are likely to see a couple of Meenakshi Mission Hospital buses along the way. These buses, in fact, house the hospital's telemedicine units and anytime you will find them communicating with doctors at the Madurai command centre.

These connected buses, which serve around 1,50,000 people every year, are the brainchild of Dr Gurushankar S, who has made the hospital one of the most sought-after centres in southern Tamil Nadu. The hospital itself has an unenviable past filled with intrigue and drama.

Meenakshi Mission Hospital was established in 1985 by N Sethuraman, a urologist who wanted to have a modern hospital in a tier-2 city like Madurai.

By 1991, the 100-bed hospital had come to be identified with politicians belonging to the Devar community, a dominant clan in Madurai district, and their politics. In south India, business and politics tends to have a strong community- or clan-based association, which is even more powerful than the caste system. No wonder, even the likes of the late Jayalalithaa and the late APJ Abdul Kalam frequented this hospital.

However, by 2005, Sethuraman was losing control of the hospital. Built with the sole purpose of making healthcare affordable, it was becoming a business running political favours during elections.

Sethuraman turned to his youngest son, Dr Gurushankar, to save the place. He was concerned that the association with politics and the power centres that were running the hospital would eventually run the place down. Although it had become a Rs 100-crore company and the hospital offered 250 beds, its margins had dropped significantly with cronies making money and its business ethics compromised. The standards had dropped so much that the hospital needed help. When Gurushankar stepped in he had just turned 25 and had no prior experience. Gurushankar, Chairman of Meenakshi Hospitals, says,

"At the time I was never prepped to take over the business. It was when I was going abroad to study that I realised that dad was going through a lot of trouble and he needed my help. The decision to stay back changed my life."

While he had always planned on returning after his education abroad, nothing could have prepared him for the 12-year rollercoaster ride at his father’s hospital.

This ride entailed bankruptcies and end of friendships. But it saved Dr Gurushankar's family and business, which is now a Rs 350-crore enterprise and poised to increase revenues to Rs 500 crore in five years. There are plans to open three more hospitals by 2024 and also build a telemedicine practice for Africa. At present, the hospital serves more than half a million patients every year.

"Guru was a brilliant student. He would teach us physics and always read a lot," says Adel, a childhood friend who now heads marketing and projects at the hospital. He adds that he was the kind of kid who would succeed in whatever he did. "While everyone was being studious, he would just understand concepts very quickly and would ace exams with very little effort," says Adel.

Gurushankar says he owes it to his mother for making him read and says he had the ability to understand concepts from a young age. But he was never part of the business; his elder brother was supposed to manage it. However, his brother was “impressionable” and “had a very difficult time dealing with the power centres that had run the business during my father's time.”

As soon as he entered the business in June 2005, Dr Gurushankar called a board meeting, where his father announced that his son would be the vice-chairman for a few years before taking over as chairman. The announcement was met with a lot of disapproval. Some of the senior members of the company's trust wanted their nominee to be appointed. But everyone yielded to Sethuraman's move.

However, that did not stop the power centres from running things their way. Gurushankar called each of them in and fired them. While the company's management structure began to be realigned, Gurushankar also went in for expansion. He brought in young people to run key departments. He advised them to bargain better with pharma companies. But he still had two more power centres to disengage—doctors who had a powerful say in the business and politicians who would use the hospital as a staging area for clannish politics.

Gurushankar proposed a plan to the doctors, which required every big consultant to give up consulting on the outside and dedicate themselves completely to the hospital. But like any good leader, he also promised that the doctors would receive hefty compensation from the organisation’s profits.

Several doctors left, but the young ones stayed behind and bet on the future. Today, around 330 doctors are on the rolls of the company with over 150 of them being MD- and MS-level doctors. Gurushankar says,

"Such a business model takes away the business-minded nature of the doctors who use hospitals to get patients into their personal profit centres. This destroys healthcare service, which Madurai cannot afford."

Then came the turn of politicians. "I have learned to say no to people. I made sure my business did not have political leanings," he says.

Instead, Gurushankar used politics to his advantage and began performing charitable operations. He conducted, with an NGO, 10,000 free cleft lip and palate operations. Since all these operations were performed on children he had the late APJ Abdul Kalam, the former president, to endorse the good work of the hospital. "I ensured that I removed the clan-based association that my hospital carried because of my dad's association with politics. I kept them at a distance," says Gurushankar.

The politicians complained to his father, who again said that his time was done. Plugging the leakages took Gurushankar a good three years. By 2016, he became chairman of the company and finally things were in his grip. By now the hospital had expanded into a 1,000-bed hospital. Gurushankar began to lay out his expansion plans around the Tamil Nadu region. He began to study the Thanjavur region which had small 100-bed hospitals. He realised that none of them had multiple specialities in the region. In 2009-2010, he bought land and began construction of a 250-bed hospital which could serve six million people in the Thanjavur region.

But raising money was not easy.

Gurushankar did not want to take money out of the hospital in Madurai. Instead, he invested Rs 70 crore of his own money and another Rs 80 crore was loaned from the bank. "I remember in 2013, I had Rs 80,000 in the bank account and I was worried that things may not be as good," he says.

In the first month of opening, around 10,000 people showed up in the office thanks to the free treatment offered. But it was the 12 specialities along with the state-of-the-art cancer treatment facilities that did the trick for the hospital. Today it treats close to 1,20,000 people on a yearly basis and its revenues have crossed Rs 100 crore in the financial year 2017.

With success assured, Gurushankar began to take on bigger challenges. The combined revenues of the hospitals stand at Rs 350 crore.

The newer hospitals have grown because they have branded themselves and offer premium services. One of them that grew in less than a decade was Cloud Nine Hospitals. "A business needs processes to be managed efficiently and the brand must resonate value with its customers," says Rohit MA, MD of Cloud Nine Hospitals, which generates more than Rs 1,000 crore of revenues with 12 centres across the country.

Revenues have grown fast because of the pricing and the operating model. Doctors are on a fixed salary, and the hospital decides the medicines to be stocked and the machines to be bought. It also fixes the cost of treatment based on the economics of the region. It faces competition from the likes of Apollo Hospitals and other smaller hospitals in the region. At half the cost of an Apollo, it serves the common man. It is not a premium hospital.

He has readied a Rs 300-crore investment plan to set up a nursing college in Madurai, and is looking to rope in a New Zealand university to support the college. He plans to use the university to train African students, who can go back to their countries and serve as nurses in telemedicine centres set up by Meenakshi Hospitals. The first stop will be Kenya where Gurushankar is planning to forge a tie-up with a hospital in Nairobi.

The telemedicine practice was born out of a recent experiment in Madurai. A few years ago, the hospital management conceived a plan where they would convert a bus into a treatment centre. The bus would visit each village across Madurai district and treat people. A nurse would check the vitals of the patient and a doctor would do a video interface to recommend treatment. All this information would be beamed back to the hospital by ISRO. Former president APJ Kalam got the hospital to tie up with ISRO and to deliver this service. One thing Gurushankar does well is that he is not shy of asking people what he wants to make his hospital shine. He says,

"I want to apply the same model abroad. But this time I might want help with a clever startup platform or anyone who can make this dream of serving Africa from India a reality."

He is also not shying away from talking to investors, but warns that he will only sign up with those who share his vision of affordable care and long-term growth.

"I cannot chase short-term profits. I do not work in that fashion and it will be a nightmare if I sign up with profit seekers," says Gurushankar.

He wants to build things on his own terms. No wonder, then, that he is a fan of the book, Seven Habits of Highly Successful People and the movie, The Godfather. His favourite quote is from the Tamil classic Thiruvalavar.

"Who can harm a king with counsellors who are free to rebuke him roundly. A king unguarded by trenchant counsel needs no foes to come to grief. The earth bears no heavier burden than a tyrant hemmed in by fools."

He says only a few things matter for an entrepreneur to succeed:

* Knowing what you want and sticking with your core idea. Never go away from the core and know what you want.

* Getting rid of power centres in the organisation.

*Rewarding the management that works to make the company successful.

* Learning to firmly say no to people who take your time for granted.

"Family businesses grow when they align their goals to the growth of the business and the management and not personal growth," says Mohandas Pai, Founder of Aarin Capital.

At least Gurushankar has his sights set on the success of the company, and he is not going to stop jotting down ideas. Speak to his wife Kamini and she will tell you that he even thinks of ideas in the bath, which he jots down immediately and tries out at the hospital the next day. Truly an entrepreneur who has the potential to grow pan-India some day. But he tell YourStory, "I’d rather become the best healthcare provider in Tamil Nadu first."