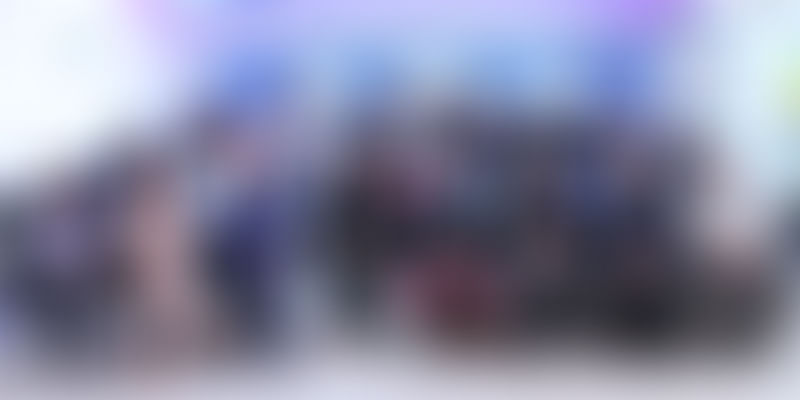 The EngineerBabu co-founder started up in Indore at a time when the city lacked an ecosystem. Her gritty journey, peppered with hard decisions, holds many a lesson for young entrepreneurs.

“It was a tough fight but one that was worth it. It was a situation of 'do or die' for both of us, but with every difficult situation we became stronger and stronger,” says Aditi Chaurasia, Co-founder of EngineerBabu, an Indore-based IT solutions startup.

In 2014 when Aditi, 29, and co-founder Mayank Pratap started up in Indore, the duo were tackling three major challenges: no exposure to a thriving startup scene like the one in Bengaluru, a lack of acceptance from their families, and shortage of funds.

Two and a half years later, we revisit Aditi’s journey to see how her perspective has changed towards startups, challenges and life itself. Since spreading her wings to fly, Aditi has come a long way, and her experiences not only serve as lessons on coping with failure, problems and changes, but also on how best to accept and make room for them and address them in the short and the long term.

Read more: Aditi Chaurasia’s dreams have wings and there is nothing stopping her

Aditi believes entrepreneurship is all about learning on the job, and this includes the not-so-exciting stuff as well.

“One has to follow compulsory government compliances, ensure taxes are paid and that you don’t end up paying penalties,” she says.

As the leader of a pack, an entrepreneur's understanding of what constitutes a 'startup' has to cut through all the glamour that it comes wrapped up in. “A startup is not only about ideas; it is much more than that. It is about your team, paying salaries on time irrespective of all the difficulties you face, being accountable to a lot of people, compliances, and so much more. Above all, you are a leader, so you have to eat last,” Aditi explains.

She started with the IT sector because of their (Mayank's and her) knowledge of the loopholes and gaps plaguing the industry. So they continued with providing IT services for a year.

However, in 2015, they launched MotorBabu, making their debut in the product domain. MotorBabu was an app that helped users find the best service centres in their vicinity for car and bike. But they failed and had to shut shop in 2016 because not only did they lack domain expertise but the venture also dragged them into financial crisis.

Putting it behind them, Aditi and her team decided to focus on EngineerBabu as an IT marketplace. It worked. Currently, it is an IT marketplace where clients discover right IT service providers for their domain and task.

“Since June 2016, we are working on our platform along with providing services. We are in the transition phase, where we are shifting from services to the platform, and we have to focus on both the business models. It’s challenging at times because we can’t compromise on quality in both the cases, but we do have a limitation of time and funds.” EngineerBabu works on a subscription model where the IT service providers pay a subscription fee.

As a self-made entrepreneur, with no mentors and no exposure to entrepreneurship, mistakes have been her best teachers, says Aditi. “Now, we have a technically proficient team and we have started working on the latest technologies and providing much better services than before. We have grown from a team of three to 40 in three years. With each passing year we are optimising our operations and delivery of work,” she adds.

While circumstances may differ with each situation, it is worthwhile to note what an entrepreneur like Aditi has to say about starting up and staying afloat.

Be persistent and stick to your vision

According to Aditi, “Nothings last forever, good days and bad days. You always have to keep your eyes open all the time. What seems to be good this moment might not be same next moment. So, you have to be ready for all situations.”

Be persistent and stick to the vision you started out with.

Investors' money is for scale

It was a hard call to shut down MotorBabu because a lot of money, time, effort as well as expectations had been invested into it.

“For MotorBabu, we knocked every possible door for funding, but only received refusal for some reason or other. That was the day we decided to never ever work on an idea that was funding-dependent. When you are starting up, earn your own money and burn your own money. Investors' money is to scale, not to burn, and definitely not to fill our pockets,” Aditi advises.

Difficult decisions need to be made

According to Aditi, some decisions hurt the team, founders, users and stakeholders, but these tough decisions need to be taken. “We have to do it, one can’t skip it. An entrepreneur has to face it, some time or the other,” she adds.

Believe in your team

“We learnt that giving freedom to your people is the best thing a boss can ever do. It seems to be risky at the beginning, with most fellow entrepreneurs advising us against it. But our team proved them wrong, and we are proud of them today. So, believing in your people and having a strong desire to bring change can make any startup successful.”

When Aditi and her co-founder started EngineerBabu in 2014, they got the buzz around starting up going in Indore. Mayank’s exposure to the startup ecosystem in Bengaluru led him to do something in Indore. Aditi recalls how they took the initiative to build and nurture the ecosystem in the city. Aditi, along with Mayank and another friend, Vinay Singhal, started the Indore Startup Community.

“We did meetups just with the thought of helping each other grow and learn. In one meetup there were merely 14 members and now it’s more than 3,000 members. These days, a lot of events keep happening all the time. Indore’s startups have grown at a faster pace in the last three years,” Aditi notes.

Helping create a startup ecosystem in a city from scratch helped Aditi alter her perspectives on life and facing difficulties. She has learnt to address problems as 'challenges', has developed valuable networks along the way, and has heavily leaned on social media than spending money on marketing to help her startup grow.

“Starting up is much more than just an idea. It is about having a vision. It is first about sustenance and persistence, changing lives and bringing some impact; money and fame will follow thereafter.”