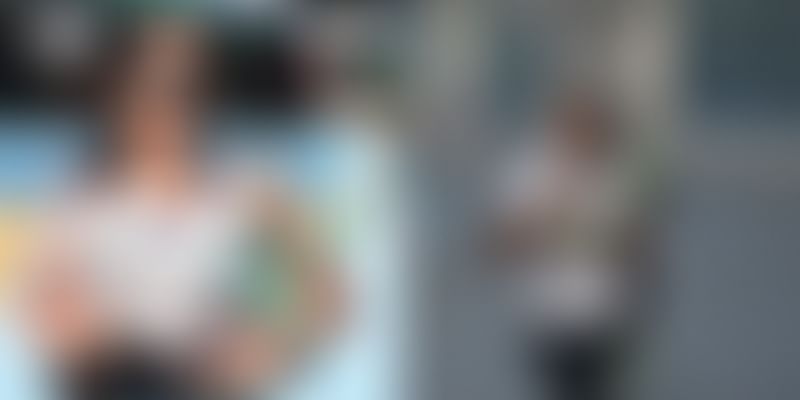 Meet 43-year-old Anjali Saraogi, the first Indian woman to have run the complete 89-km stretch of the Comrades Marathon. She won the Bill Rowden Medal for her effort in the world's oldest annual ultra-marathon that takes place between the cities of Durban and Pietermaritzburg in South Africa.

Anjali started running only two years back at an age when many athletes hang up their boots. She has proven yet again that age is just a number.

She took to the road when her 18-year-old daughter Mamta encouraged her to participate in a city marathon two years ago. When she finished first, Anjali realised how much she enjoyed running and vowed to continue as long as she could. In an interview with IANS, she said,

Women usually undermine themselves. In my opinion, our fears are our greatest limitations. And we should spend more time living with our dreams than our fears.

I thought of starting an international career after I came second the same year at the Mumbai Half Marathon, the first international running event I participated in.

However, for Anjali, who runs a medical diagnostic centre with her husband, life on the road has not always been that smooth. Her career as an athlete received a major blow when she was injured while preparing for the Chicago Marathon earlier this year. The doctors told her that she will not be able to run ever again.

But a friend gifted her Dare to Run, a book by Amit Seth who was the first Indian to complete the Comrades Marathon in 2009. The book motivated Anjali to move forward despite her injuries. Talking about the challenges she had to overcome, she said,

My father and my husband were very concerned about my health when I took this challenge because I was very new to this. But looking at my consistency, they started supporting me in the end.

Growing up, Anjali was a plump girl, which made her feel insecure. But once she started running, along with becoming fit and healthy, she was also able to overcome her insecurities.

Now, she has set a target with her family's support to beat her own time record and finish the downhill race in next year's Comrades Marathon. She also plans on finishing the Comrades Marathon with her daughter sometime in the future.