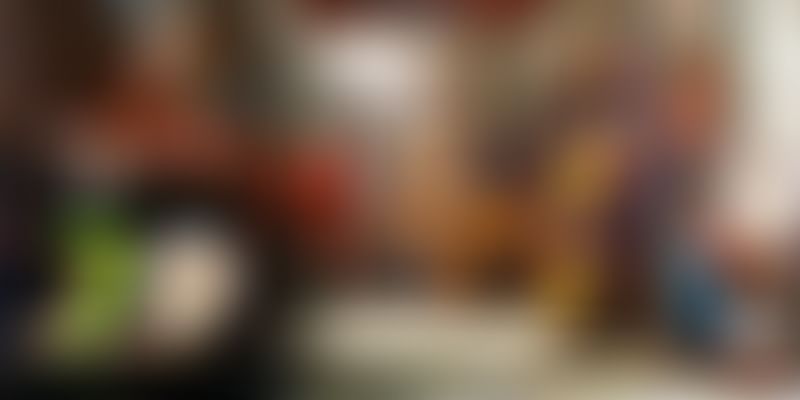 Eighteenth century India was constantly in a state of metamorphosis. History highbrows would name it a juncture of change and continuity. On one side, there was decentralisation of power, with the rise of regional kingdoms and downfall of the mighty Mughal empire. On the other hand, a new foundation of the British empire in India was being laid, with the colonisation of India by the English East India Company (EIC). Amidst all the chaos, the EIC developed a stronghold in the sub-continent by eliminating other European competition and entering into conflicts with local rulers.

The ruins of the Mughal rule

The bedrock of the Mughal empire was laid in 1526 by Zahiruddin Babur. The empire reached its full glory in the 16th century during the reign of Akbar. However, the valour of the Mughals came to an end, with the death of its last powerful emperor, Aurangzeb, in 1707 A.D. The road to fall was an array of incidents, from internal rebellion to war of succession, weakening the army. Moreover, the invasion of Nadir Shah (1738-39) was the last nail on the coffin, exposing the vulnerability of the Mughal authority. The reasons for the decline differ in scholarly world, ranging from weak personality traits of the ruler, to crisis of the ruling elite or peasant grievances.

With the closure of the 18th century, the actual rule of the Mughal emperor was confined only to a limited area around the city of Delhi, the capital. The weakness of the empire led the regional powers to assert their authority. Nonetheless, the symbolic authority of the Mughal emperor prevailed as the emperor was a source of political legitimacy; the newly formed states did not challenge the emperor, but rather persistently looked for his sanction to legitimise their authority. This led to decentralisation of power.

Besides, these new regional power provinces did not have a unified past, as a few of them were founded by provincial Mughal governors, some were rebels against the Mughal state, and a few states that asserted their independence were previously functioning as autonomous but dependent polities.

Bengal, Hyderabad and Awadh were the three successor states of the Mughal empire founded by Mughal provincial governors who never formally severed their links with the centre, but virtually exercised autonomy in matters of execution of power at the local level. The regional power who rebelled and had an autonomous kingdom were the Marathas,the Sikhs, the Jats of Bharatpur and the Afghan kingdoms of Farukhabad and Rohilkhand. Apart from the successor states and the rebel states, there were also a few principalities, like the Rajput kingdoms, Mysore and Travancore, which already enjoyed considerable amount of autonomy in the past and now in the eighteenth century became completely independent.

The modest beginnings of the Company

The foundation of EIC was laid in a royal charter from Queen Elizabeth I on December 31, 1600, as a joint stock company of London merchants uniting to fight Dutch competition trade. It had the monopoly of all trade from England to the East, and was permitted to carry bullion out of the country to finance its trade. The mandate for colonisation or conquest was not given to EIC.

In 1608, the company's first ship arrived at Surat. In 1615, Sir Thomas Roe, an English emissary of King James I reached out to the court of the then Mughal emperor Jahangir (1605-1627), in order to get a farman to establish  a factory at Surat.

With the farman, the English started the full-fledged trade in India but soon the trading interest clashed with other European countries: the Portuguese, French, Dutch and the Spaniards. This led to some conflicts in order to secure trading monopoly in markets India, China and Southeast Asia among the European trading companies.

In 1623, the EIC found themselves driven out of Indonesia as the Dutch East Indies had gained a strong foothold in the region. Defeated by Dutch and losing hope of trading in Indonesia, the Company moved onto trading with India. Under the Mughal patronage, the British gradually ousted the Portuguese trading venture of Estado da India, which had a massive control of trading in India. This was followed by the setting up of the first factory in Surat by the British, which was then followed by the acquisition of Madras in 1639, Bombay in 1668, and Calcutta in 1690. It is interesting to note that the settlement of Bombay was gained as dowry to Charles II from his bride who received it from the Portuguese crown in 1661 and was handed over to the East India Company. In 1687, Bombay become the headquarters of the west coast, shifting from Surat.

Setting up numerous posts along the eastern and western coast, the most important trading ports were established around Calcutta, Bombay, and Madras.

The three ports, allowed the East India Company to have monopoly over the trade routes over the Indian Ocean. Steadily, the company started trade in cotton, silk, indigo, saltpetre, and an array of spices. In 1711, the company established itself in China, and initiated commerce of tea in exchange for silver. By the end of 1715 trading activities of the company established base and expanded trade around the Persian Gulf, Southeast and East Asia.

Towards complete monopoly and conquest

With European competitors in the sub-continent and France emerging as a national as well as imperial rival through the War of Austrian Succession and the Seven Years War, in the 1740s, the animosity between the two nations reached extremes, as the conditions in Europe had an effect on the Indian battleground. Between 1756 and 1760 the British finally ousted the French threat, with Governor General Robert Clive leading the British army.

There was greater importance given to EIC's Indian foothold, especially in the country’s coastline, which was pivotal for colonial expansion in Asia and Africa. A major role in this expansion was played by the large standing army consisting of sepoys who were soldiers trained in European military techniques. The EIC called them 'British naval power' and 'crown troops' stationed in India.

With many military advantages on their side, EIC became a powerful player in the local polity as it was involved in local disputes. All the more, the company was offered financial help from many merchants and bankers like Jagat Seth.

The Mughals, taking stock of the British fortifying Calcutta’s Fort William, attacked them. Even though the Mughals were victorious in 1756, it was short-lived. The British recaptured Calcutta later the same year. The EIC went onto defeat the local royal representatives Siraj ud-Daulah with the help of merchants like Jagat Seth, and bribing Mir Jafar at the battle of Plassey in 1757. Then came the battle of Buxar in 1764, which was followed by the Mughal emperor signing a treaty with the company, granting them diwani rights of Bengal – control over the administration of the region and the right to collect tax revenue in lieu of a revised revenue amount every year.

Meanwhile, with EIC's lingering influence over south, by the 1770s the balance of power had shifted. The Maratha in western India and Tipu Sultan of Mysore were defeated and expansion continued. By early nineteenth century, the EIC was the dominant political power in India, with direct control over two-thirds of the subcontinent and indirect control over the rest.

Thus started the transformation of a mere trading company into a colonial authority. A modest foundation from where the Company steadily progressed its trading activities to other parts of India, with Bombay, Calcutta and Madras developing by the end of the seventeenth century as three major centres of its activities. Then, the political expansion, which started in the middle of the eighteenth century, was truly achieved in a span of hundred years, and the whole of India was under East India Company. It was in control of administering the civil, judicial and revenue systems in India. Furthermore, in 1858, the English deposed the last Mughal emperor Bahadur Shah II. What changed the dynamics of EIC was the measures made in Bengal, providing them direct administrative control over a region. Subsequently, this led to 200 years of colonial supremacy and control of India by the British.

Enter the SocialStory Photography contest and show us how people are changing the world! Win prize money worth Rs 1 lakh and more.Click here for details!