As data privacy debate grows, a single question arises: is the risk worth it? 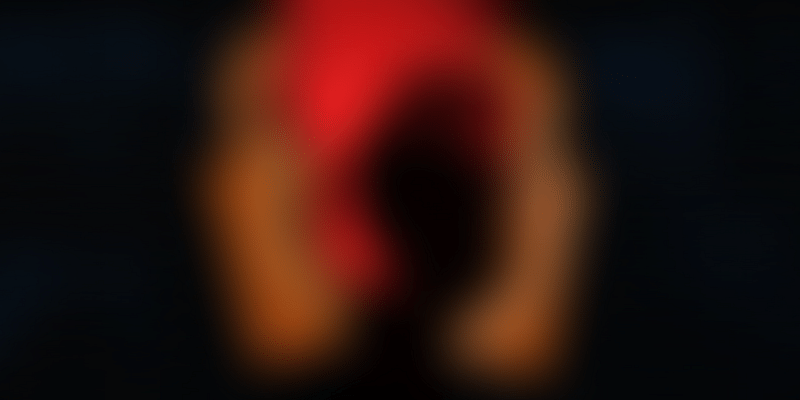 India already has a billion people on a biometric database; it will soon have close to 500 million people using smartphones by 2020. With data being extracted non-stop, what happens to data privacy?

The Cambridge Analytica scandal showed us privacy was a thing of the past – even when it came to something as personal as an opinion.

With the digital consultants to Donald Trump's campaign misusing the data of millions of Facebook users to swing public opinion during the US elections, we realised the fallout of living in the digital age. Even Mark Zuckerberg, the Founder of Facebook, admitted that “not enough” was being done to secure this data.

The US Congress now wants to create laws around snooping on data collected through phones. Unfortunately, the pace of change is so fast that governments are having a tough time coping with it.

India is no better. We are also vulnerable to breaches in the form of digital snooping. Although the Data Protection Law is in the form of a white paper, businesses and the government are exhorting people to use the digital ecosystem; data protection is still given the step-motherly treatment.

Everyone, young and old, is downloading apps. Once in the mobile, these apps begin to study users (albeit without revealing individual identities), which makes it possible for data scientists (employed by these app companies) to study consumer behaviour and preferences. All of us click on “I Agree” without reading the legal contract that binds the two parties when downloading the app. “You”, the user, allows the company that owns the app to use the data in your mobile and data generated from the app itself.

Sarv Saravanan, MD of Dell EMC COE in India, says: “Data sharing is real. You cannot do away with it in the digital era. But, if it is security that everyone is worried about, then every company has that on top of the list; consumer protection tops priority lists.”

For those who fear data breaches, let us remind you: most of us have already have shared our lives with Big Basket, Flipkart, Byju’s, Myntra, Ola, Uber, Google, Amazon, Netflix, Swiggy, Apple, and Facebook. Most days, we don’t worry about what they do with our data because we believe they offer us convenience and protect our details.

But, there is a dark side to data and no one knows who ensures that consumer data is protected. In India, as in the rest of the world, consumers are wide open to data risk.

What is really happening?

“Society has barely begun to address the moral and legal questions of what is private and what is public in this era of big data,” says Mark Thompson, Global Privacy Lead at KPMG International. “Misjudging consumer attitudes threatens mass switch-offs from consumers who feel their privacy is being violated. Very few companies are asking themselves whether they are handling customer information in a morally and legally sound way. It’s time they did,” Thompson says.

According to KPMG, the pace of development in data collection technology has been so rapid that it has left companies trailing in its wake when it comes to assessing how this personal data is stored and used. But where the public was once happy to go along with promises of better, more personalised services, things are changing as they discover their privacy is not theirs anymore. Scary headlines and prophesies of a Truman Show-esque world where our every move is subject to scrutiny and analysis are all too common, and brands now risk serious damage if the data they collect is breached or misused.

An extensive new global consumer survey titled Crossing the line? Staying on the right side of consumer privacy by KPMG Privacy Advisory, reveals that, on average globally, 56 percent of people are “concerned” or “extremely concerned” about the way companies handle and use their personal data.

Fears aren’t confined to identity theft and fraud. There is a growing sense that citizens are under surveillance; that their phones and web browsers may be recording information about them when they are least aware of it. Although many consumers have tolerated this intrusion as the price of convenience and a more tailored offering, many more are beginning to question whether the end justifies the means.

For organisations collecting and handling the data, consumer information is a rich source of competitive advantage. But it can also be a substantial risk if they lose or abuse it. There are heavy regulatory and legal consequences if they do not safeguard the data properly, and punitive reputational consequences if mistreatment undermines customer confidence.

While over half of all participants were happy to share basic personal data about gender, education, and ethnicity online, 55 percent had let worries about privacy stop them from buying something online. Consumers in most countries considered control over privacy to be more important than convenience, and there was general unease with online shopping data being sold to third parties.

People continue to enjoy their smart phones and their new-found love for data. In fact, in the new Reliance Jio advertisement for IPL 2018, actress Deepika Padukone uses the word “Datagiri”, which colloquially means that Jio has the best data pricing in the world and frees up usage for consumers. All this means data collection and India is going forward without any protection for consumers. How private are our lives?

Yuval Noah Harari, the author of Homodeus, calls this “Dataism”, where the new religion is no longer about Gods in the cloud, but about technology companies in the cloud that can predict a person’s behaviour with absolute certainty.

Humans have been trying to predict behaviour for the longest time - the price movements in the stock market use the human buying and selling variable as one of the variables to understand trading outcomes. The only thing is that data about the consumer being crunched by these devices sitting in your home and powered by the cloud of Amazon and Google makes for a compelling future. This is where edge analytics takes over.

How does edge analytics work?

According to Techopedia, “Edge analytics refers to the analysis of data from some non-central point in a system, such as a network switch, peripheral node or connected device or sensor. As an emerging term, ‘edge analytics’ defines the attempt to collect data in decentralised environments.”

So in simple terms, think your driving data is being collected by an end device – your car - and is being stored in a cloud. The car is the edge device and the analytics are being performed by an AI platform trained by humans to understand patterns. The AI keeps learning to create new experiences for the consumer.

IoT-based devices in the garage and at home will play a major role in connecting the dots. These are the things that need to happen to get edge analytics into action:

Werner Vogels, CTO of Amazon, says: “The voice assistant knows exactly what time you will get home. You can tell it to keep the lights on or keep your garage open.” He adds that all these repetitive tasks will be replaced by AI, which will compute and analyse volumes of data.

According to the Federal Trade Commission, the government body that protects consumers, more than a thousand new apps hit the market each day. In this fast-moving era of entrepreneurship and creativity, is security keeping up? Apps and devices often rely on consumer data — including contact information, photos, and location to name a few — and can be vulnerable to digital snoops, data breaches, and real-world thieves. The FTC offers tips to help developers approach app and software security.

On its website, it says the app developer must protect the consumer’s data at all cost. The FTC lays down the entire legal process behind protecting a consumer.

What is the Indian government doing about consumer protection in India when it comes to app snooping?

The Central Government has mooted a white paper on the same (see text box below on key elements of the white paper).

These will soon become a law, and it is about time India realises that a billion people have given their biometric data in the form of Aadhaar. Apart from this, there are least 300 million people using smart phones.

India’s digital footprint, although not breached yet, may soon have a Cambridge Analytica moment if we don’t address the problem of data privacy soon.