Fitness and fun came together at Kodaikanal’s first plogging party, and left behind clean slopes 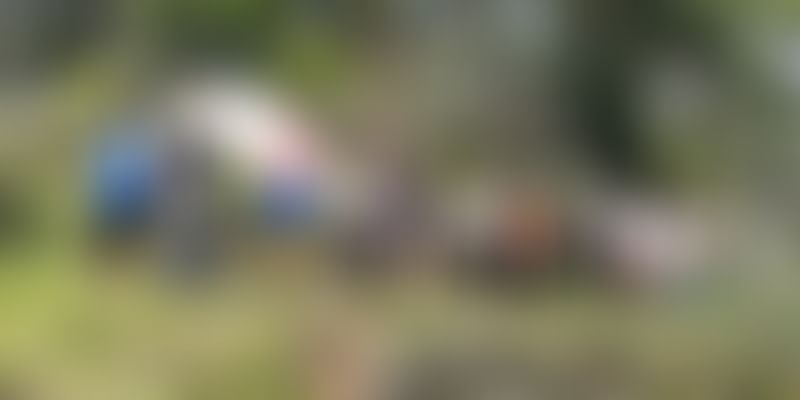 Jacob Cherian’s plogging party, a three-day event to pick up litter while jogging, managed to clear almost 25 sacks of trash from the mountains of Kodaikanal.

Imagine camping in the mountains and waking up to the stunning vistas of the Kodiakanal valley. A long weekend of delicious food, entrancing bonfires, and storytelling sessions. But that wasn’t all that happened at a recent event in Kodaikanal, the Princess of the Hills.

This Easter weekend, it was a “plogging” party that made news in Kodaikanal.

Plogging, which started as an organised activity in Sweden in 2016, spread to other countries by 2018 as concerns about plastic pollution rose. But what is plogging? It’s a concept made popular by the innovative Swedes. Oxford Dictionaries derives the word’s origin from the Swedish “plocka upp (pick up) or plocka skräp (pick up litter) and jogga (jog)”.

Jacob Cherian, who organised the plogging party in Kodaikanal, explains:

Plogging started off when Swedish people, being decent individuals, began to pick up trash while they were jogging. This hit the newsfeeds in early March, went viral, and I finally had a real name for what I have been doing all along.

The movement encourages people to pick up litter strewn on the roads, mountain slopes, edges, and trail paths as they walk/jog.

Saving mountains from the plastic menace

Hailing from Bengaluru, Jacob is the founder of ModernMedia.in, a digital media agency that specialises in the hospitality and the development sector. Two years ago, he bought some property and land in Kodaikanal and called the campsite The Misty Mountain Hop.

When asked how he focused on the plastic problem in the hills, he says: “The seriousness of the problem dawned on me on day one, as soon as I purchased the land and spent a night here. Within the first three days I had gathered four sacks of trash, each as large as me.

“Despite my land being situated at the dead end of civilisation, the state of affairs with regard to garbage was worse. There was literally nothing past me; still there was a steady feed of trash that needed to be cleaned up,” the 35-year-old recalls.

Jacob’s earliest efforts involved just him picking up and clearing plastic waste. However, as he explains, even being a one-man army was not easy for it involved rallying the neighborhood towards the cleanup, and trying to convince the local villagers etc.

The toughest challenge was the resistance shown by locals.

They just couldn't understand what was wrong with me. They thought I was this insane city dweller with lots of time and money who would actually pick up other people's trash, and then pay for a jeep to come and pick it up, Jacob says.

However, thanks to an activity called plogging, Jacob’s sustainable efforts can now be organised, justified, and explained better to people who are keen on adopting environment-friendly measures.

Explaining how this “dirty workout” helps curb plastic pollution, Jacob says, “Every piece of plastic that is discarded on the mountain stays there, until rain washes it down some stream. The carbon cost and footprint involved in carrying plastic back down a hill lowers the feasibility for recycling.”

The mountains are a biodiversity hotspot, and through streams feed more biodiversity in the plains. Plastic inevitably finds its way into our water sources because of rain and gravity. And so we are slowly poisoning ourselves and the non-humans around us, he adds.

Through the recent plogging party, Jacob and his group of 18 ploggers successfully managed to pick up almost 25 sacks of garbage from the mountains. Organised over a span of three days, the plogging party highlights also included storytelling sessions, bonfires, short practice plogs, community cooking activities, and more.

“One can't expect people to spend their holidays just picking up trash. So keeping it fun was extremely important. I was truly surprised to note the enthusiasm of all the participants. Many of them actually put themselves in physical danger to rescue packets and plates strewn over edges. And this is nearly impossible as individuals. But as a collective, there seems to be a spirit that pushes individuals further,” shares Jacob, who led the team from the front.

For Niveditha Majumadar, one of the participant ploggers, the amount of trash polluting the mountains came as a “crazy shock”.

There was a multitude of trash, ranging from cartons, bottles, cigarette packets, and more. So much so that we had run out of garbage bags within half an hour of the plogging activity taking off, says the 31-year-old who found out about the event from Facebook.

Anuksha Khargharia, 29, was looking for an interesting holiday option for the long weekend when a friend suggested Jacob’s plogging party. And soon she was socialising with a bunch of travelers and youngsters in Kodaikanal. When asked how she enjoyed plogging, she terms the experience “beautiful”.

It was like a nice party up in the mountains. I enjoyed it thoroughly and would definitely recommend it to everyone who cares about the environment, adds Anuksha, who also works as a game designer in Bengaluru.

So is plogging a trend that’s here to stay? “Yes, only if it adopts a proper process and continues to be consistent,” Anuksha says.

“Plogging is an activity that can be easily cultivated in every locality. It can also be replicated as a daily activity that benefits both individuals and their neighborhoods. It also helps spread a larger message that every small step counts,” Niveditha opines.

The fit and fine way forward

Jacob believes that picking up litter is the first aspect of all waste management drives. “After this comes segregation, transportation, and finally recycling. While the latter aspects exist and thrive, there’s still stigma attached to the former being meant for lower classes to handle”.

The truth is we need a multi-ethnic, multi-religious, multi-caste, multi-designation solution to fix this problem. We need CEOs, priests, patriarchs, TV celebs, everyone to go out and spend a little time picking up litter to remove the stigma attached to it. Because it is only after we collectively start picking up trash that we can collectively stop throwing trash, Jacob says.

Having been involved in plogging activities for over two years now, he has seen a clear correlation between animals accessing a space once the plastic is cleared. He also cites the cleanup efforts undertaken by Afroz Khan and his team in Versova beach, the shores of which are now seeing the return of turtles visiting to lay their eggs. “Other than the Versova example, we had a large bison walk into our space the day after one of our plogs. It's probably a coincidence, but it happened,” he says.

Jacob is also very positive about the response plogging is garnering among people and organisations. He is already in touch with several international schools, educational institutes, and hotels to help organise and manage plogging events.

“Many people have already invited our team to Mumbai, Chennai, and Kerala to lead plogging teams. So it's definitely picking up,” concludes Jacob, who is extremely motivated by the wholehearted support he has received so far. To end the plastic menace, plog we must!