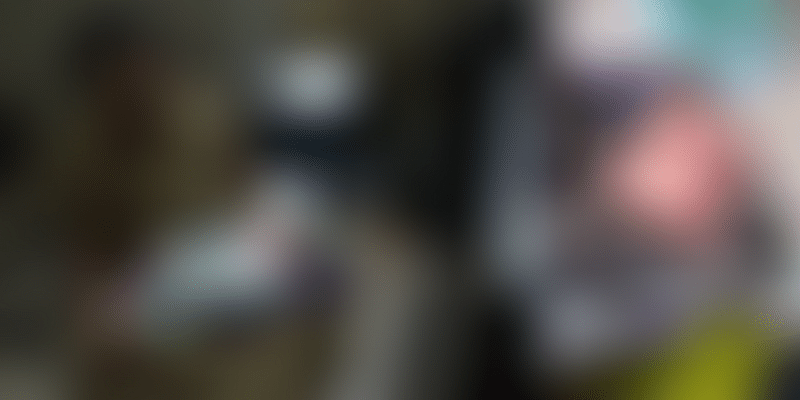 On June 1, when people were wrapping up their week and looking forward to the weekend, a heart-warming picture surfaced on the internet. A woman feeding a newborn- you ask, what's new about it? Well, the picture captured a poignant moment of a policewoman in her uniform feeding a newborn who was abandoned by his parents.

Dumped in a nearby, half-constructed building in Celebrity layout of Doddathaguru in Bengaluru, the baby, a boy, was just born a few hours ago. A passerby then noticed the wailing baby and informed the control room, which then called in the Electronics City police station to conduct the rescue operation. In a conversation with The News Minute, R Nagesh, Assistant Sub-inspector of Police in Electronics City, said,

Four of us went in a police patrolling car and brought the baby back. It was devastating to see him abandoned like that. His umbilical cord was hanging around his neck and there was blood all over his body. The hospital had not even bothered to clean the baby.

The baby was then treated for free at the Lakshmi Nursing Home. When the officers observed the deafening silence from the newborn, Archana DS, a cop who was lactating, carried the baby into the nearby room and fed him. Archana, who was just back at work a couple of weeks ago, then put the child to sleep.

When he cried the whole station burst into a celebration. We were all really scared that he would not make it. He was just very weak. Once he was fed, he got some energy back.

In a conversation with India Today, she added,

What more could have I done apart from feeding him? When I took him and started feeding him, I felt as though I were feeding my son, Ashith.

The officers then called the nearest baby shelter Sishu Bhava and handed over the child. The baby was then named Kumarawamy, after the chief minister of Karnataka. In a recent tweet, Chief Minister Kumaraswamy has expressed his wish to meet the cop.