From 350 to 1,000 restaurants in 4 months: how Hyperpure by Zomato is changing the way restaurants work 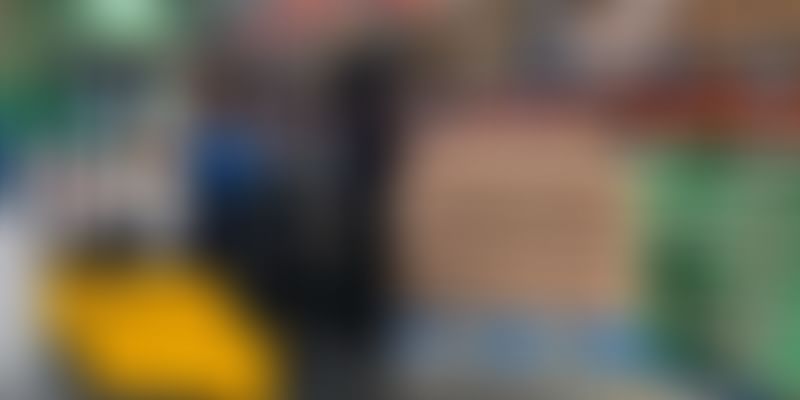 It is 4:30 am and over 18 ‘Chhota Haathis’ (as the Tata Ace vehicles are nicknamed) are parked outside Hyperpure’s 30,000 sq ft warehouse in Bengaluru’s KR Puram locality. These small trucks are filled with neatly packed containers of high-quality fresh produce - fruits, vegetables, grain, poultry, dairy, and fresh meats.

They’re all set to hit the streets before sunrise and make sure that over 1,000 restaurants in the city can order everything they need to cook up a storm.

Hyperpure is Zomato’s B2B foodtech vertical, which the Gurugram-based unicorn had rebranded after acquiring Bengaluru-based WOTU. The startup began life as a B2B online supplier of ingredients that restaurants needed. Founded by former PayPal executive Dhruv Sawhney in 2015, WOTU raised funding from the likes of Kae Capital, Mumbai Angels Network, and Claris Capital before being acquired by Zomato in late 2018.

Dhruv describes the acquisition by Zomato as “a shot in the arm”. He himself continues to be the Business Head of Hyperpure, which contributed $2.5 million to Zomato’s overall revenues of $206 million in FY19.

“My aspiration was to make this as big as possible, and we needed a strategic partner for that. Zomato was the perfect fit. Their team’s aspirations were as big as ours. So, within a few hours of conversation, I was sure about becoming a part of Zomato,” says Dhruv.

Today, Zomato is looking to expand Hyperpure beyond Delhi and Bengaluru to eight cities across India by the end of the year and to international markets after that.

Also read: Did you hear? Swiggy and Zomato want to replace our lunchbox

Right now, Dhruv and his team are ensuring the backend processes and algorithms work in a manner that ensures a high fill-rate and really low wastage for the business.

“For that, our only bet can be with technology,” says Dhruv.

The app allows restaurants to search for items, place orders, pay, and even choose credit periods. Basis these orders, the algorithms predict demands in advance for 45-60 days. The farmers are then given that as the assured quantity.

“We have ensured that the algorithms are built to predict demand,” says Dhruv. This in turn ensures that the farmers get an assured quantity of orders from Hyperpure every month. Most of the demand is a combination of staples such as pulses, flours, meats, fruits, and vegetables.

Some hits and misses

However, the algorithms can predict that demand only with data. So, in the initial days, the team worked on both sides – with restaurants and farmers.

“For that, we would predict a certain quantity which initially was right only 65 percent of the times. This would cause wastage. And if we decided to reduce the quantity, it would lower the fill-rate,” explains Dhruv.

The only way to ensure this could work was by bringing in more orders and feed in more data, such as what kind of produce was more in demand at what times and where. Or, what are the standard orders for each restaurant. Today, Dhruv says the accuracy is between 95 and 97 percent.

Also read: From delivery and eating out to managing restaurants’ supply chain, Zomato wants a bite of all things edible

Why turn WOTU to Hyperpure by Zomato?

When Deepinder Goyal, Co-founder and CEO of Zomato, decided to transform Zomato into a foods company, they had realised one thing - Zomato had to have control over supply.

That is where WOTU caught their eye.

“It isn’t just about food delivery, ratings, or listings. The idea is to become a food company, with complete control on where, how and what the customer eats, especially from outside,” he said in a conversation with YourStory late last year.

If you want to get more people to eat outside, it means the restaurants need to have better quality food. “And that can be determined only by the quality of the raw materials,” Deepinder says.

He explained that in order to ensure this, it was important that farms produce a certain quality of produce. WOTU already had agreements with different farmers, who welcomed guaranteed orders.

One of these is Lokesh, who had to travel 30 km every day to haggle with different aggregators and visit mandis to try and find buyers for his produce.

Lokesh is a farmer from Bengaluru Rural district, where he grows spinach, amaranth, fenugreek, spring onion, and other perishables.

“After working in the fields through soaring temperatures and unpredictable showers, we used to face the issue of an ineffectual supply chain run by middlemen; leaving us with not much profit, and leftover stock sometimes,” Lokesh told YourStory.

“Hyperpure has been able to fix this supply chain issue. They also guide us on sustainable farming methods, to cultivate crops that are pesticide and chemical-free –clean and matches the set quality standards,” says Lokesh.

Assured purchases for farmers are one of the attractions that startups like Ninjacart and Licious offer. And it is to solve problems of such farmers, mill owners, poultry farmers, and processors that Dhruv had started WOTU.

Today, as Hyperpure, it forms a key component of the quality part of Zomato’s AAAQ philosophy. As Deepinder explains, “Assortment, Affordability, Accessibility, and Quality – it is about being a part of every value in the food chain and being a complete food business.”

Rohan Agarwal, Engagement Manager at RedSeer Consulting, believes in both the foodtech unicorns - Zomato and Swiggy. Zomato is focussing on a differentiator by conquering every aspect of the food supply chain, while Swiggy is focussed on logistics. “It is building a differentiator of itself. But B2B is a tough business, and needs consistency and constant monitoring,” he says.

While Zomato is currently doing that, what about the part where you have to build a separate DNA for a B2B business? And for 10 years, Zomato has been a B2C one. Deepinder, however, shrugs that off, saying,

“The DNA analogy of an organisation’s culture is very uni-dimensional. We believe that an organisation is more like a chromosome – one that evolves when new people join the team at senior levels. We have been able to build different types of DNA (e.g. B2C and B2B) because we have great people with hybrid DNA working towards a collaborative mission of better food for more people.”

Also read: Zomato’s Deepinder Goyal explains why it’s important to ‘be solution-focused and not problem-focused’