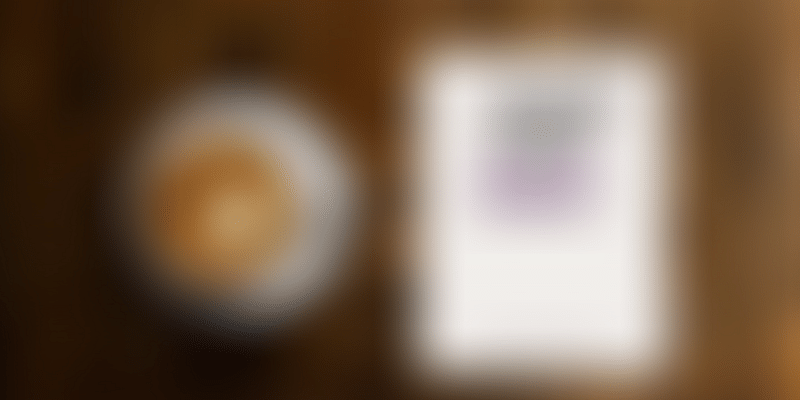 Following up on our book review of ‘Startup Guide Berlin’, we dig deeper into Germany’s startup ecosystem by profiling yet another insightful book, ‘Startup Guide Munich’. It covers emerging startups, accelerators, co-working spaces, and supporting institutes.

Munich is regarded as the fifth best European city for startups. Here are my key takeaways from the book; see also my reviews of the related books Startup Guide Berlin, Startup Communities, The Manual for Indian Startups, China’s Mobile Economy, Ikigai, and The Creative Curve.

Apart from the legendary Oktoberfest beer festival and football teams, Munich is home to many major German corporations, including Siemens, BMW, and Allianz. “The level of cooperation between corporate giants, students, and startups is unmatched elsewhere,” Sissel writes.

The urban population is around three million, local transportation is excellent, and there is a vibrant cultural and museum district as well (see my photo essays and curator interviews of Galerie Thomas, Lenbachhaus, Brandhorst Museum, and Pinakothek der Moderne).

The city’s motto seems to be “Mia san Mia,” the Bavarian variation of “wir sind wir” (we are who we are), or “We’re different and we do it our way!” The city has a strong university backbone with knowledge spillovers and connects that power tech, engineering, and automotive innovation. The nearby city Garching, where the Technical University is located, “smells like innovation”.

“Be inspired as you learn how to become an active player within the entrepreneurial ecosystem in one of the most beautiful and inspiring cities in the world,” writes Tina Höfinghoff, CEO of the Munich Summit.

Though it is Germany’s third largest city, some parts also have the charm and ambiance of a village. Modernity and tradition live hand in hand, with large public parks and modern tech headquarters.

Prelovee is an online search aggregator for secondhand products; it also partners with existing stores selling second-hand goods. ProGlove has a team of 50 people developing smart gloves for industrial companies like John Deere and Audi; it has funding from Intel Capital, Bayern Kapital, and GettyLab.

SIQENS has developed energy solutions based on fuel cells and bio methanol; it received funding from the government’s EXIST programme (see YourStory profile here). Tado° makes AI-based smart solutions for heating and air-conditioning. VoltStorage has developed solar batteries for homes; it was funded by the HAX Accelerator in China and Swiss utility company Energie 360°.

Bean Brothers’ founder Jason Fisher mastered the art of cooking dal during his graduate school days in Chicago. He launched a food-truck serving the healthy and nutritious Indian dish in Munich, and then expanded to ecommerce. One of his customers became an investor as well.

Also read: German and Indian entrepreneurs - start your global journey with these programmes

The book provides picturesque profiles of co-working spaces like Combinat 56, Design Offices Arnulfpark, IDEA KITCHEN, Impact Hub, MakerSpace, and MindSpace. The profiles feature the heads of the co-working spaces as well, called ‘face of the space’. For example, Linda Richter is an economist, florist, and forwarding agent; while Vladi Taranovych has a master of arts degree in sound studies from the Berlin University of the Arts.

Some co-working spaces also offer incubation-like services for startups and connections to other branches around the world, like Impact Hub. IDEA KITCHEN even offers a ‘mobile office’ in the form of a car trailer with solar-powered WiFi and a tent, which can be used for working near a lake or a forest.

The book also provides tips on local culture, finding homes, paying taxes, and getting insurance. Munich is an expensive city, but beer is cheaper than water, the authors joke. “Founding a company in Germany is not for the faint of heart. It involves plenty of paperwork and a high tax rate,” they add.

Interestingly, Munich is still very much a “cash-only city.” There are also city-wide events, like food truck festivals and outdoor music concerts. “In general, friendships take time, as Germans are private people and make distinct boundaries,” the authors caution.

One chapter profiles the active incubators and accelerators in Munich. For example, BayStartUP has its roots in initiatives like the Munich Business Plan Competition, and works with over 270 angel investors to offer funding and coaching for founders. Burda Bootcamp is an events-focused incubator programme of up to four months, and connects startups to large firms. Its Startup Night pitch events are held twice a year.

The Center for Digital Technology Management (CDTM) is a joint institution of Munich’s two universities: the Ludwig-Maximilians-Universität München and the Technische Universität München (TUM). Its three-semester programme includes mentoring for entrepreneurs. UnternehmerTUM also started the Digital Product School, with a three-month programme, focusing on AI, interaction design, and product management.

Sky Deutschland has an open innovation hub with a three-month programme for startups in the entertainment industry, called PLAY. Four universities collectively launched the Social Entrepreneurship Akademie for social enterprises tackling challenges like poverty and gender equality; it offers coaching programmes, an accelerator supported by Vodafone Institute and Impact Hub Berlin, and an open challenge called Act for Impact.

The Volkswagen Group has an engagement initiative called Startup Collaboration Space, as part of its Data:Lab. Startups can connect to the company’s experts, and also receive up to 30,000 euros in funding.

"One of the challenges of the region is a high cost base, which makes it even more important that you tap into existing networks," advises Carsten Rudolph, Managing Director at BayStartUP, run by the Bavarian Ministry of Economics. Success stories include Metaio, an augmented reality (AR) company eventually bought by Apple in 2015.

“The best business plan in the world won’t help you if no one can buy what you’re selling,” cautions Julia Kitzinger, Vice President, Sales Digital Commerce, Wirecard. Founders should also have measures to tackle risks like fraud.

Founders must plan in advance to handle tax payments, salaries for employees, arrangements for freelancers, company cash flows, and legal requirements, advise Maria Kaltenegger and Hannes Engelmann of KPMG’s Smart Start initiative. It was founded in 2010 and has helped around 600 startups, including companies like Soundcloud and TerraLoupe.

Startups bring ideas, speed, and motivation to larger business partners, observes Thomas Kallmayer, Senior Manager for Innovation Management at Munich Airport. He is on the lookout for startups that help improve efficiency and customer service in areas like mobility, food and beverage service, retail innovations, and security.

Startups and large corporates need to clearly set their expectations in advance, advises Barbara Sichler, who heads Business Development and Product Management at Volkswagen Group Data:Lab. The lab scouts for startups at events like MUST summit, Pioneers, and Bits & Pretzels; one such startup was an Australian computer-vision company called Black.AI.

“Founding your own company can be scary. It’s a leap of faith. You have to know how to act with uncertainty,” cautions Klaus Sailer, CEO, Strascheg Centre for Entrepreneurship (SCE). It was founded in 2002 as an affiliated institute of the Munich University of Applied Sciences (MUAS).

SCE provides incubator support, and counts as success stories the fitness training app Freeletics, which now has 16 million users in 160 countries. Flexibility is a key success factor, advises Klaus. “Be ready to change fast and take advice and adapt,” he adds.

“Even with a great idea, a new company needs resources before it can begin to build its business,” says Helmut Schönenberger, Cofounder and CEO, UnternehmerTUM (see YourStory interview here). The company has connected startups like Proglove to BMW for smart glove solutions.

SAP’s Startup Focus programme helps get startups market-ready to work with SAP customers and partners, along with SAP IoT Startup Accelerator and SAP.iO; success stories include Celonis and Semantic Visions. There are an estimated 5,600 startups working on SAP HANA and SAP Cloud Platform technology; of these, over 270 are in the market already.

Venture capitalists invest in less than one percent of the companies they look at, and startups pitch 60-75 times before they get financing, observe Andy Goldstein and Matthias Notz of LMU Entrepreneurship Centre. Investors need confidence in the startup’s technology, business model, finances and team; planning and pitch rehearsal help founders in this regard.

The centre admits two batches of 15 startups each year. It also organises an event called CASHWALK twice a year, where 50 startups meet with 100 potential investors.

“In the first few years, the most difficult thing was raising money for a hardware product that was in a space that was relatively new,” Max recalls. It eventually secured funding from Tengelmann Ventures, Kraut Capital (an arm of logistics firm Gemüsering), and Fluxunit (venture arm of lighting company OSRAM).

“I don’t think there’s one big challenge when you build a startup, but many different ones, which is one of the most interesting things about being an entrepreneur. What was a major challenge a year ago is now routine,” writes Bastian Nominacher, Co-founder of process analytics startup Celonis. It products are used by the likes of Siemens, Bayer, Vodafone, Nestle, and Cisco.

Though gaining some tech and startup experience via an internship may have been useful in terms of understanding the mistakes that are made, there is also a bright side to jumping into a new area, Bastian adds. “Experience can make you more afraid. If you don’t know what you can do wrong, you are more fearless in your decisions,” he explains.

“The Munich area is very good for our startup because it’s a strong B2B environment. Probably 40 percent of the largest companies in Germany are headquartered in Munich. In Germany, we have very good state-run programmes that support startups,” adds Jochen Engert, Founder and Global Managing Director of FlixBus. Proximity to ski destinations in the Alps is another plus.

He spotted an opportunity when Germany’s long-distance bus market was being deregulated, and he founded FlixBus in 2013. It now provides 120,000 daily connections to more than 1,200 destinations in over 25 countries.

Delia Fischer, Founder of Westwing, was a journalist at ELLE Decoration and spotted an opportunity for an interior design portal. Her startup has now expanded across Europe, Russia, and Brazil.

She was influenced during her internship at a small PR agency, where she saw the power of entrepreneurs bringing their own ideas to life. Her startup has been funded by Access Industries, Fidelity Worldwide Investment, and Kinnevik.

Delia advises founders to tackle their fear and look at it a bit more objectively, such as what may happen if the startup fails. “What was really, really hard for us was getting the logistics together because that was something we really underestimated,” she recalls.

For example, Bits & Pretzels is a three-day festival in September, with lectures as part of the “Startup Academy” programme. There are cumulative pitch sessions, and the winner is nominated for the Extreme Tech Challenge on Richard Branson’s Necker Island. The festival ends with the grand finale at Oktoberfest, with Topic Tables and Table Captains.

In sum, the book provides informative and entertaining insights into Munich’s startup ecosystem, along with a useful framework for other cities to reflect on and improve their own startup ecosystems.