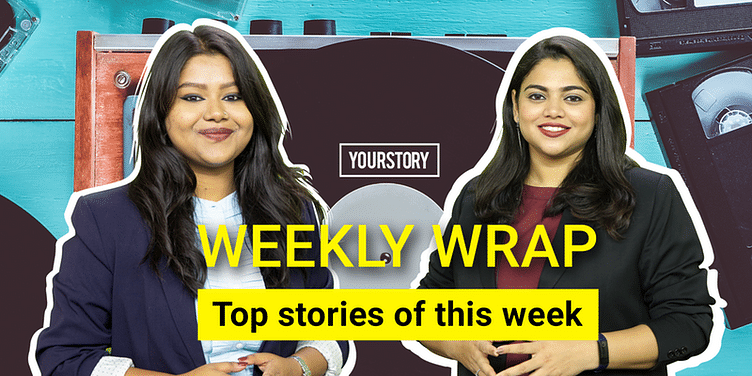 This week, we remember the legacy that CCD’s V G Siddhartha left behind, celebrate a new unicorn in the ecosystem, and look at several startups solving real problems in the country.

The Indian startup and corporate ecosystem suffered a tremendous loss this week as V G Siddhartha, the Chairman of Coffee Day Enterprises Private Limited, went missing and was later found dead at Netravathi River, Karnataka. Police called it a suicide and a mysterious letter, allegedly written by V G Siddartha, surfaced on social media. Authorities said that the signature did not match that of the deceased entrepreneur.

The letter speaks of how Siddhartha was disturbed by the harassment of a PE fund and a former IT official. The startup ecosystem expressed grief over his death as several startup ideas were born out of Cafe Coffee Day outlets across the country. From just one outlet in the mid 90s, the company expanded to more than 1,500 and also went public. The eerie words "I am sorry," supposedly written by Siddhartha, addressing the stakeholders, shows the loneliness that surrounded his vision. It was a sad day for the Indian ecosystem.

This week, the Indian startup ecosystem got a new billionaire.

Byju Raveendran, Founder and CEO of leading edtech startup BYJU's, became the latest billionaire of the Indian startup ecosystem after his company's latest funding round. A report by Bloomberg stated that BYJU’s valuation is now at $5.7 billion after it raised $150 million in funding earlier this month. Byju Raveendran is reported to be holding a 21 percent stake in the company.

Another unicorn was created in India this week - logistics startup Rivigo. This startup changed the way trucks ply across India with its relay model. The company, India’s latest unicorn, now has 3,000 customers across 20 sectors and aims to expand its footprint. It raised $65 million from existing investors Warburg Pincus and SAIF Partners.

TikTok’s owner ByteDance has confirmed plans to produce smartphones after entering into a partnership with device maker Smartisan Technology. The device manufatcurer was already planning to make a smartphone before the deal, and has been in development for seven months now, reported Reuters. The Chinese company’s plans to go beyond news and internet sensation apps became apparent when it began investing in other sectors. According to media reports, in July, ByteDance hired several members of staff from JukeDeck, a London-based startup, which specialises in AI-generated music.

Technology is not just for entertainment; it is also for changing lives. Cancer is the enemy that medicine is taking head-on. Hyderabad-based biotech startup Oncophenomics, started by Shibi Chakravarthy, has come up with a liquid biopsy test to detect cancer. It makes use of blood or urine samples to detect cancer at an early stage. The startup also claims to be the first in India to do a comprehensive liquid biopsy test.

While many types of cancer can be prevented by controlling risk factors such as tobacco use, alcohol use, unhealthy diet, and physical inactivity, among others, a significant number of cancers can be cured by surgery, radiotherapy, or chemotherapy, especially if they are detected early.

However, these invasive procedures are painful and involve a lot of risks. And easing the procedure for patients and making cancer detection more accessible and affordable is what Oncophenomics is solving.

WATCH other video interviews, stories our viewers loved this week:

Triggered by a personal episode and backed by his vast experience across sectors, Vivek Tiwari launched Medikabazaar in 2015. The B2B online marketplace for medical equipment and supplies aims to raise Rs 200 crore in Series B.

Meet Bonito Designs, which is riding on the growth of online home décor market

Bonito Designs, a Bengaluru-based design startup, turns apartments into bespoke homes, and is eyeing Rs 50 crore in revenue. Riding on the growth of the online home décor market, the startup is gearing up for a long inning. In a interview with YourStory, the founders reveal their goal for this year.

Founded in 1999, Bengaluru-based pharma tech company Indegene works with 75 of the world’s largest companies. It is now betting big on its topline growth – without raising external funding.

Bengaluru-based blockchain startup Acyclic Labs’s product Sentinel offers token-less, powerful and easy-to-use smart contract solutions to enterprises. In a interview with YourStory, the founders reveal why they decided to bet big on blockchain.

VG Siddhartha – The poster-boy of Entrepreneurship