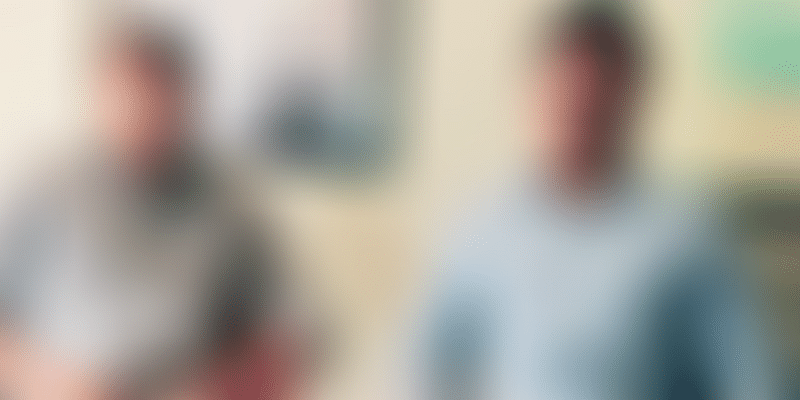 OTO Capital's funding from Prime Venture Partners will be deployed to strengthen the startup's technology platform, and scale presence to 10 cities across India by June 2020.

And it seems like the startup is set to zoom down the right track with early-stage venture capital fund Prime Venture Partners on Thursday investing close to Rs 10 crore in the business.

While speaking to YourStory, OTO Co-founder Sumit said the Mumbai-based startup would use the funds to create further awareness around the brand,  strengthen its technology platform, and scale presence to 10 cities (metro and non-metro) in India by June 2020.

Newer geographies include Mysuru, Nashik, Vijaywada, and Hyderabad, among others. At present, OTO has a presence in Mumbai and Bengaluru, with close to 150 dealers offering their financing solution.

By the end of this calendar year, the startup is also looking to set up another office in Bengaluru to house its technology and marketing functions.

“Car leasing is a huge gap in the Indian auto industry. OTO is ushering in a new, long-term growth lever for the automotive sector. Several consumers need flexibility and medium-term options rather than just short-term rentals or permanent choices. Sumit and Harsh are amazingly passionate entrepreneurs and we have been very impressed by the progress made by the team over the past year.”

This is the first institutional funding for the startup, which earlier raised Rs 5 crore in a pre-Series A round (in December 2018) led by Venture Catalysts, along with serial entrepreneur K Ganesh and Sameer Sawhney, previously Managing Director at ANZ India.

Sumit was a part of the founding team of CredR, an online marketplace for buying used two-wheelers. He spent a lot of time with consumers and soon realised that the time span for which a consumer wanted to own a vehicle before switching to a new one was shrinking. In addition, he saw that more consumers were opting for credit financing as an option to own vehicles; many did not want to go through the hassle of selling their old vehicles.

Sumit was keen to launch something similar for CredR, but realised that the product didn’t match the startup’s vision. He decided to move out and work on his idea in July 2017.  He was joined by Harsh, who was then leading some key analytical projects at CredR.

After six months of talking to various stakeholders, the duo started OTO in January 2018. The company was officially incorporated in April 2018, and started operations in October that year.

Putting customers in the driver’s seat

OTO partners with banks and NBFCs to provide capital for car buyers at showrooms, which enables the startup to offer alternative options for financing automotive purchases.

The startup aims to provide the fastest and the most affordable way for modern Indian consumers to buy a car. It enables an individual to take a loan for a specific time period (three to five years). The individual can change the car after paying the interest for that period. Unlike a bank loan, OTO Capital’s model means that the car is no longer an asset owned by the individual. It is almost like a long-term lease contract.

The OTO Planner app helps choose tenure for EMIs, after which the customer needs to fills KYC details online. The credit profile is underwritten, and s/he gets approval, depending on the banking partners, along with a rate of interest.

Sumit claims that OTO gives new car buyers an affordable option of leasing a car at an EMI that is 30 percent lower than existing auto loans.

After the approval, the customer needs to provide a refundable deposit (five to 10 percent of the total car price), which is returned once the loan has been paid off.

Sumit adds that IoT devices can also be set up for vehicles sold via OTO Capital, which can lead to a discount on the monthly EMI. This, in turn, helps the startup collect repayment data and the consumer’s driving history for better underwriting.

Sumit reveals that the ‘OTO’ acronym stands for “Owning Together”. OTO also provides full auto lifecycle management, from credit underwriting to insurance, maintenance, and eventual resale of the vehicle.

“Considering our background, we have a strong understanding of the second-hand auto buying market. Using data, we capture trend lines, and have an idea of the buyback value for every car and model in the market. We will make sure it is safe to commit up to 40 percent of the car’s original price for the second-hand sale. And this discount is provided to customers taking loans on our platform, right at the start, reducing the pricing even more,” Sumit says.

When asked about the slowdown in auto sales, he responds,

“Partnering with OTO gives car loan departments of banks an opportunity to quickly move into car leasing without any change to their internal processes. Also, it gives the auto sector another interesting product to boost sales, bringing cars in the affordability bracket.”

At present, OTO claims to have four banking partners that provide financing to customers on its platform.

The startup has helped disburse close to Rs 10 crore in loans across 150 transactions. It is financing close to 50 vehicles, at present, every month. Of this, repeats attribute to less than 15-20 percent of total transactions. The average ticket size for the platform stands between Rs 7.5 to Rs 8 lakh.

The average interest of auto loans on the platform is between 12 to 13 percent of the overall transaction value.  The startup makes a commission of two to three percent from banking partners on loans provided on the OTO platform.

OTO now plans to expand its product portfolio to new areas, and pilot with the passenger car segment for commercial purposes. By end of September 2020, the startup is looking to disburse Rs 100 crores in loans, across 1,000 transactions.