Startup lessons: meet 5 teachers who have taken the entrepreneurial route to success 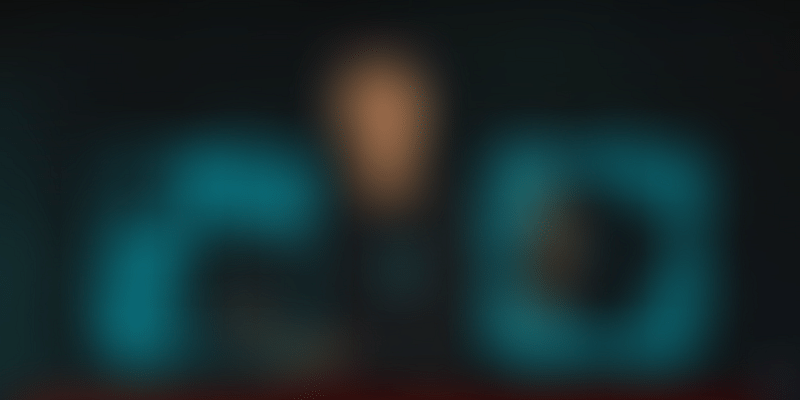 Several teachers are now contributing to the startup boom in India with their innovation. While some like Byju Raveendran have become billionaires and a household name, others have ventured into more diverse areas.

Teachers do more than just impart knowledge. They display faith in our abilities and walk us in the right direction.  As writer William Arthur Ward says, “The mediocre teacher tells. The good teacher explains. The superior teacher demonstrates. The great teacher inspires.”

While the formal education we receive from teachers takes us from one stage to the next, students are constantly learning from them, irrespective of the place. Hence, what teachers do and how they approach different situations has a marked impact on their students. While multi-tasking is in their DNA, teachers are master communicators, and can explain complex ideas in simple terms.

And this is better seen when they change paths, pulling out all the stops in pursuing larger dreams of becoming an entrepreneur. While some people have built a far-reaching platform and continue to teach, several others have explored niche markets, and a few have even streamlined the education space bringing their unique elements to teaching, yet all leading by example.

This Teacher’s Day, YourStory looks at five such teachers who have conquered their entrepreneurial dreams, and have inspired and are guiding the rest.

Byju Raveendran, the Founder of edtech startup BYJU’s, started gaining popularity for helping his friends get through Common Admission Test (CAT), and in the process started running a coaching class as well. A few years later, in 2015, he went digital and founded the eponymous education app BYJU’s – The Learning App.

Over the years, the mobile application’s success grew manifold and the Founder-CEO, who owns 21 percent stake in the startup, joined the billionaire club after raising $150 million, which valued his startup at $5.7 billion.

Before getting the unicorn status, BYJU’s raised several rounds of funding, and also acquired other edtech startups like Math Adventures, Vidyartha, TutorVista, and US-based Osmo.

In 2019, the platform inked a partnership with US-based entertainment giant Disney to launch the Disney-BYJU’S Early Learn app in India. The app is designed for children aged between six and eight. It provides personalised programmes featuring iconic Disney characters from Frozen, Cars, and the Toy Story, and combines learning with entertainment.

Hailing from Kannur district in Kerala, Byju Raveendran grew up in a family of educators – his father is a physics and mathematics teacher. Studying in a Malayalam-medium school, he enjoyed studying Science and Mathematics, which eventually led him to start up in the education space.

Former teacher Shashi Nangia gave impetus to her entrepreneurial instinct in 1989 by starting a garment export business called Swati Exim. However, in the last few years, the company has shifted focus from clothes manufacturing to using sustainable materials.

Meet the Mavericks: The tech entrepreneur who quit Silicon Valley to build an AI retail disrupt...

While Shashi states that having no understanding of the textile industry posed a big challenge, she ran the company successfully as the Managing Director since its inception, and recorded 234 percent export growth in a year. This also earned her Ratan Shiromani Award from the President of India in 1994.

Shashi attended various international fairs and exhibition before venturing into the export market. Based in Noida, her products are now exported to geographies like the US, Italy, Germany, Canada, Spain, and Sweden among others. While the business has seen success, Shashi hopes to come up with her own brand soon.

Born in Kanpur, Sherry Anne Sudan worked as a teacher for 12 years before heeding the call to start up with something challenging. Since then, she has started two businesses, a Gurugram-based event management company called Glitters in 2012, and En-The Japanese Restaurant in Delhi. The Founder says that Glitter opened doors for her to venture into the hospitality sector.

Today, Glitter works closely with companies like Decibels India and Swiss International Airlines. While managing her businesses, she also works as the Country Head of Marketing at Lake Forest Wines.

Kiran’s is a unique story that goes in the opposite direction. In 1991, she started a design firm called Kiran Sethi and Associates soon after graduating from National Institute of Design (NID) in 1989.

In 2001, the designer found her calling to be a teacher and started The Riverside School. Later, she went on to become an education reformer while also growing as a social entrepreneur. Finding that the Indian education system is tightly knit around textbook-based knowledge, she applies simple design-thinking approach to let the students learn against a real-world context and empathise with it.

In 2009, Kiran launched Design for Change and integrated this in the curriculum for middle school students.

In recognition of the innovation she has brought into teaching, Kiran received numerous awards including Lego Foundation’s ‘Reimagine Learning Challenge Champion’ in 2014 and Commonwealth Education Good Practice award in 2015. In the same year, she was nominated for the Global Teacher Prize by the Varkey Foundation.

Better known as Sal Khan, the famous educator and mathematician explored the teaching space first by tutoring his 12-year-old cousin Nadia. For convenience, he recorded the lessons for reference, and soon more people requested for his tutorial videos.

At the time, he was working at a hedge fund, and there too his teaching skills came through. A group of junior analysts had joined the company and did not know how to read financial statements. So, he created a series of lectures in short video formats.

Often called the educational entrepreneur, Sal Khan incorporated The Khan Academy as a non-profit in 2008. It produces short instructional videos to help students with their academic work. Based in Palo-Alto California, it is backed by organisations like the Bill and Melinda Gates Foundation, The Board Foundation, O’Sullivan Foundation, Google, and the Skool Foundation.

The platform started its operations in India in 2016, following a partnership with Tata Trusts to create specialised, freely available online content in Indian languages based on NCERT textbooks. It also provides content in regional Indian languages as well.

As of 2018, the platform had around one million monthly users from India.

Hobby to profit: how these 5 entrepreneurs turned their passion into a business